Various mobile apps have been developed to help people enjoy their mobile devices better, such as phone managers, messaging apps, mirroring apps and more. As far as mirroring apps are concerned, they are often-used applications these days because most people want to watch movies on a larger screen like a computer or share files or play with others on their phones. In this post, you will learn how to screen mirror or cast from Android to Android phone.

How to Screen Mirror or Cast From Android to Android Phone

ApowerMirror can help you cast your Android device onto another device, only if both devices are on a local network. Aside from sharing your Android screen with another Android device, you can also cast it on iOS, Windows and Mac OS devices, but the downside is that remote access is only available via a Windows device.

NOTE: Make sure both Android devices have a reliable network, preferably Wi-Fi and must be connected to the same Wi-Fi network.

Step 1. Download and install the ApowerMirror-Mirror & Control app on both Android smartphones.

Step 2. Now open the app on one of the phones and tap the Scan or the minus icon on the top right-hand corner.

Step 4. Now, open the ApowerMirror app on the other Android phone then tap on Scan or the minus icon on the top right-hand corner as you can see the screenshot below.

Step 5. Then tap on My QR code to reveal the QR code.

Step 6. Scan the given QR code with your Android phone. 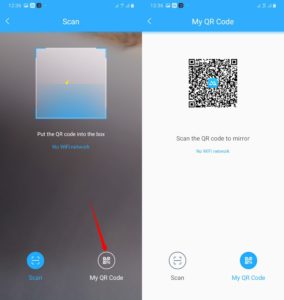 Step 8. Congratulations! Now, you have successfully screen mirrored your Android phone to another Android device. 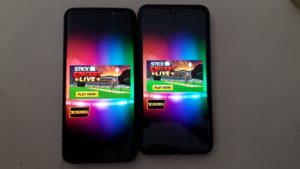 Step 9. To discontinue or disconnect the screencasting or screen mirroring process, simply open the ApowerMirror app then tap on the menu and at last tap Exit. 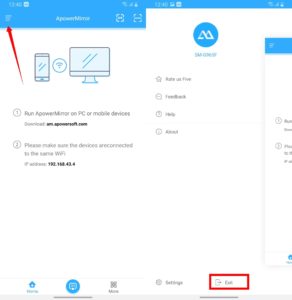 Teamviewer is a widely-used application that allows remote control, desktop sharing, and file transfer. In addition, it makes it possible to mirror the screen between mobile devices.

Another tool that allows the screen to mirror from Android to Android is Inkwire Screen Share + Assist. It’s easy to share the screen from one Android phone to another Android device with this app. It requires Android version 5.0 and up to be installed successfully on your phone. Proceed to see how this app can be used to help Android share the screen to Android.

I would love to share valuable and unique How-to posts about iOS, macOS, Android, and, Windows.

How to Turn On & Off Profile Picture...

How to Set Up and Use Kids Home...

How to Set Flashing Light Notification on Samsung...

How to Take a Screenshot on a Windows...

How to Record Screen on Windows 10 Without...

How to Use Do Not Disturb Mode on...