In this feature, we are going to guide you on How to Enable Android Pie Dark Mode on Samsung Galaxy Devices 2019. Well, it’s obvious that the dark mode or dark theme feature was first introduced to Android Pie and now Android 10 has also this dark mode feature.

However, Google added a dark mode on Android Oreo, which was enabled according to the wallpaper used but subsequently removed the feature, claiming the feature was accidentally released.

Over the last few years, more and more applications have been added to support dark mode, allowing these apps to change their backgrounds to black color. This allows the text of the app to turn white, making it easier for some people to read. It can also help save your phone’s battery charge from running faster as the display does not work as hard.

The dark mode of Android Pie 9.0 is an option that changes the color theme of the operating system to black. The dark-mode battery-saving effects are more evident on the OLED displays used by most of the top smartphones. The pixels of the OLED displays are switched off and use little power when displaying the color black.

It’s known that brighter screens attribute faster battery drain, but Google has given more insight into this claim by explaining the relationship between saving battery life and enabling dark mode.

Google presented some slides that show that the brightness of the screen increased the power of the smartphone almost linearly. Google also pointed out that a Pixel smartphone that uses the AMOLED display can reduce power usage by up to 63 percent when using the Google Maps night mode compared to its normal mode.

Luckily, dark mode is now available in more Google Android apps, such as Android Messages, Google News, and YouTube, among others.

Android Pie’s dark mode not only extends the battery life of your smartphone, but it’s also much easier to look at than a very long black text page over a white background. Dark mode ensures that your device lasts longer before it needs to be recharged.

How to Enable Dark Mode on Android Pie 9.0 Samsung Devices

This process varies depending on the type of device you are using. That’s why we have chosen a specific device, which Samsung Galaxy. Though Samsung has announced Samsung One UI beta 2.0 version (Android 10) for Samsung Galaxy S10 Series and also Note Series. But still, most of the Galaxy devices including S9 and S9+, Note 8, S8 and S8+ and many Galaxy devices are running on Android Pie 9.0.

Note: By enabling dark mode or Night mode, The Instagram app will automatically adjust to the dark mode. 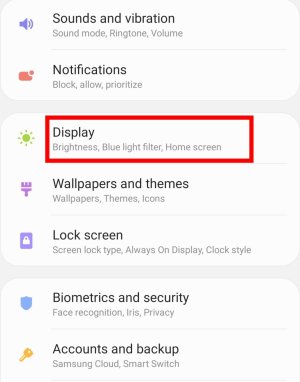 Step 3. Toggle the “Night Mode” on to enable the dark mode feature. 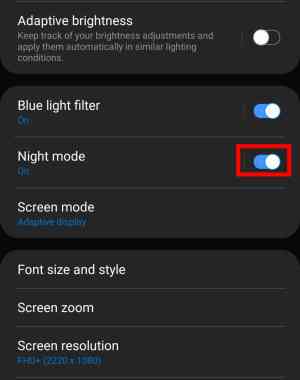 check out how the dark theme looks in various apps and menus with the screenshot galleries below. 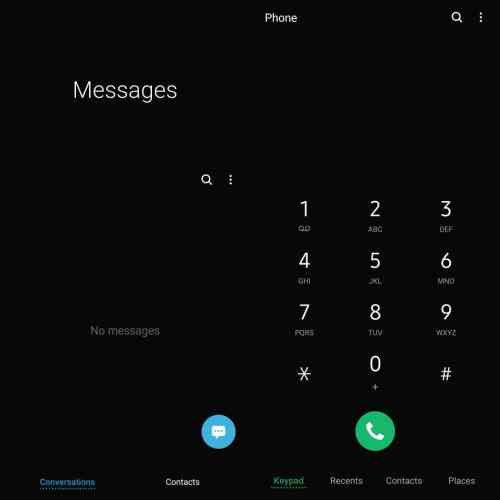 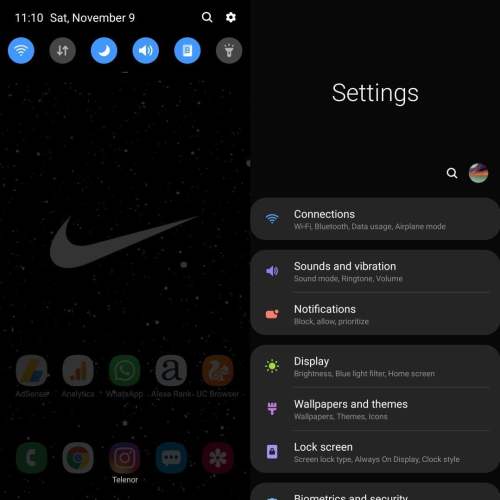 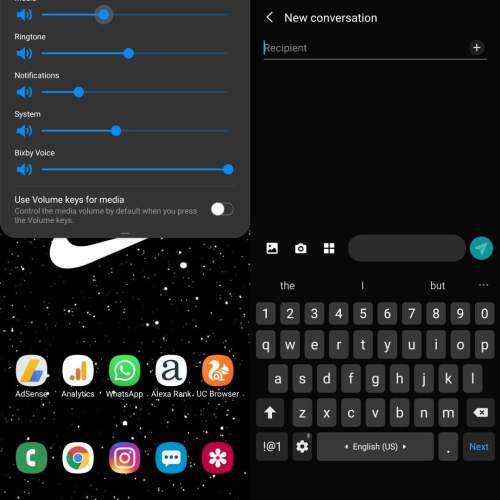 The Samsung Android Pie’s dark mode is a useful feature that not only saves your battery life but looks cool doing it. So, if you need to extend your battery life, are in a place without a power supply or you don’t want your battery to drain quickly, don’t forget to enable the dark mode feature.