In this post, we will show you how to disable animations on Android Pie 9 (One UI) devices in order to make Android feel faster. Animations look nice when you navigate your phone or tablet, but they can cause delays and even slow down devices that are less powerful. Disabling them may improve the performance of your Android device. One thing that I’ve noticed that even if you own Samsung Galaxy Note 10 Plus or Samsung Galaxy S10+ without disabling the animations, your phone still works slow.

However, Android devices display animations when they’re switching between apps, windows, and various menus. Animations often look slick, but take time — and sometimes even cause the phone to lag if it’s low in resources.

Meanwhile, The good news is that you can actually speed up your Android Pie 9 (One UI) device by disabling the animations. That’s the keyword here because it doesn’t actually speed up your phone, it just makes it appear as menus and what’s not going to load faster. Nonetheless, if you choose to disable animations, some of the strain on the CPU / GPU will be eliminated, so this will certainly help to reduce the latency on systems with lower resources.

Here we will show you two methods to Disable animations in Android Pie or One UI. Both the methods are hidden inside the Samsung One UI Settings.

In Samsung One UI, there is a feature called “Reduce animations” though this feature won’t disable the animation completely but can reduce it to some extends. By using this feature, you can make your phone feel faster. 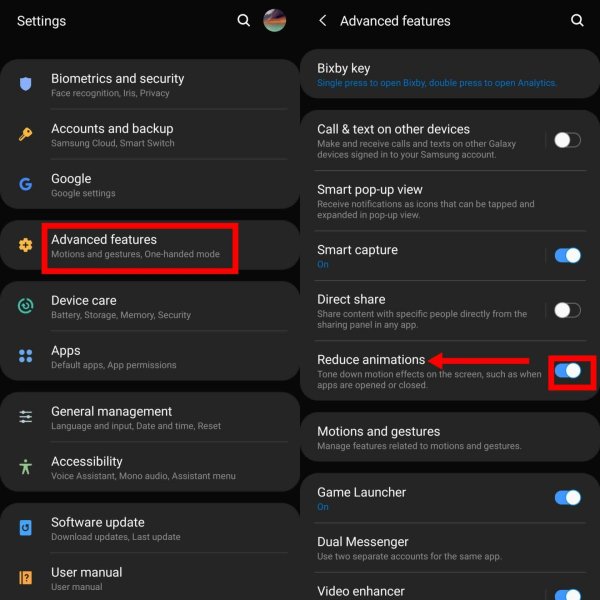 If you want to completely disable the animation on Samsung One UI then apply this method. Developer options are a hidden menu that gives you control over things you don’t normally need-or even want-to touch. But there are a few fun things to explore. One of those things is that you can even disable the whole animations like Windows animation, transition animation and, animator duration scale.

But first, all you need to enable the developer options and here is how to enable on Samsung One UI or Android Pie 9.

So by now, the developer options are enabled, now follow the following steps to completely disable the animation on Android Pie or One UI.

Now set the scales to “off” for each scale to completely disable the animations, there won’t be any animations at all. Apps will open and close instantaneously. It’ll make you realize how phone makers add animations purely for aesthetic effect. 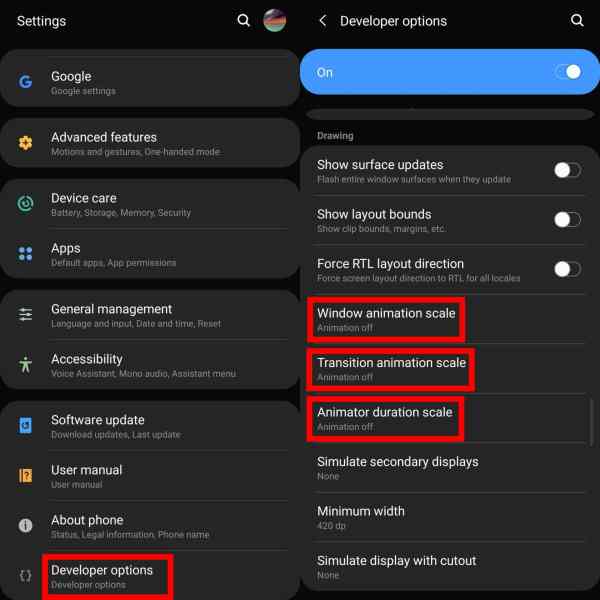