Do you want to make your Samsung Galaxy S22 Ultra screen brighter? In this guide, you’ll learn how to enable extra brightness on Samsung S22 series.

At the Galaxy Unpacked event in February 2022, Samsung unveiled the flagship Galaxy S22 series smartphones. These gadgets include professional-grade technology and the greatest smartphone screens ever created. And, based on One UI version 4.1, it appears that Samsung has introduced a new “Extra Brightness” function for these phones.

Meanwhile, while Android smartphones have long had the Adaptive Brightness function, which adjusts the screen’s brightness levels based on ambient lighting conditions, Samsung has now included a new toggle to enhance the brightness levels to the maximum settings.

When Adaptive Brightness is turned off, One UI 4.1 includes a new option that may be used to push the display to its brightest level. However, as shown by the on-screen warning, using this feature may deplete the battery significantly, and the display may fade after a few minutes of use.

How to enable extra brightness on Samsung S22 Series

Currently, if we utilize the Adaptive Brightness setting on a Samsung phone running One UI 4.0, it changes the screen brightness level based on the ambient light for a better user experience. When Adaptive Brightness is switched off, the Galaxy S22 phones have an extra toggle called Extra Brightness.

When the Adaptive Brightness function is turned off, the One UI 4.1 provides a new toggle that may be used to push the display to the maximum brightness level, according to the information. However, as shown by the on-screen alert, activating this feature would result in significant battery loss.

At this time, it’s impossible to predict when this Extra Brightness function will be available on other Samsung smartphones running One UI 4.1. The reason for the lack of confirmation is that it might be a feature based on the latest Galaxy S22 (S22, S22+ & S22 Ultra) series phones’ hardware specs.

So, without further ado here are the steps to enable and use extra brightness on the Samsung Galaxy S22 series phone: 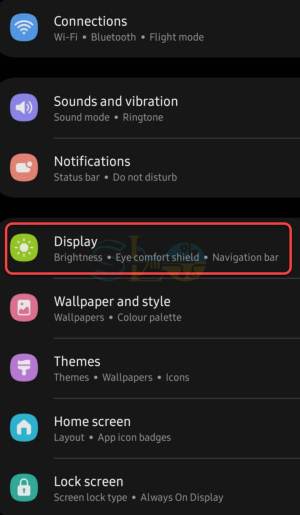 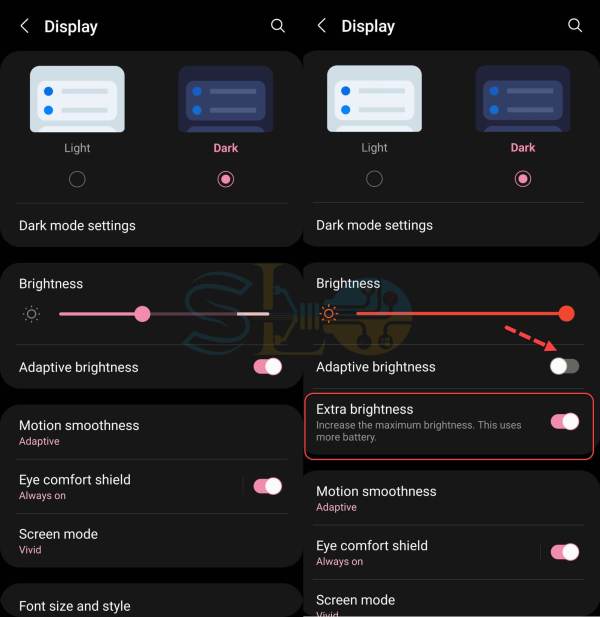 This is the greatest brightness level ever seen in a smartphone. However, you must take the methods outlined above to manually experience or enable brightness levels greater than those provided by the auto or standard manual control modes.

That’s it. These were the steps to enable and use the extra brightness on Samsung Galaxy S22 series.

How to Enable Full-screen Caller ID on iOS 15

Where is Samsung Music on Galaxy Phones?