Do you want to eject water from your Apple Watch Series 7? If yes then this guide is for you. In this wearable guide, you’ll learn how to get water out of Apple Watch 7.

If your Apple Watch becomes wet in the rain, after swimming, or after a strenuous workout, the audio may become muted. However, there is no need to enter anything into the apertures, nor is it necessary to shake your watch to eliminate any water that may have gotten within.

Water Lock is a feature on the Apple Watch Series 2, Series 3, Series 4, Series 5, SE, Series 6, and Series 7 that locks the screen so you can swim without activating it. This function may also be used at any moment to evacuate water from the speaker holes and prevent moisture from developing long-term problems.

The new Apple Watch is designed for water-related activities and fitness, making it a perfect wristwatch for individuals who want to count laps at a pool or see how far they’ve surfed. However, the wearable’s water-based monitoring comes with a useful water feature: Water Lock.

The Apple Watch is water-resistant up to 50 meters, but that doesn’t mean it won’t get wet while swimming, surfing, or even taking a shower. Water Lock locks your Apple Watch while you’re in the water and even ejects water after you’re done. Continue reading to learn how to keep your Apple Watch dry.

Water Lock is available on Apple Watch Series 2 and later, according to Apple.

Here’s how you can eject water from your Apple Watch Series 7:

Note: Please keep in mind that you should never try to evacuate water from Apple Water while still in the water. Always perform this in a dry environment. Also, wipe the corners well to soak any water droplets that have accumulated around the borders.

1. Swipe up on the Watch face to bring the Control Center. 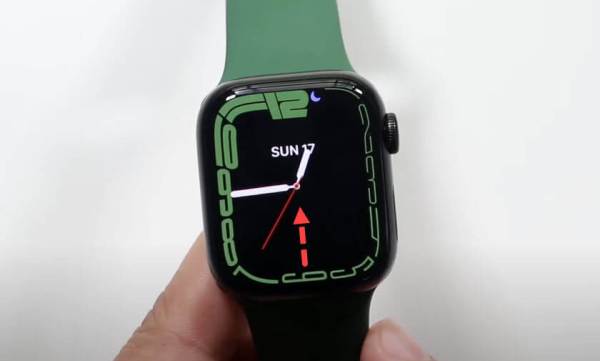 2. Tap on the Water Lock icon. 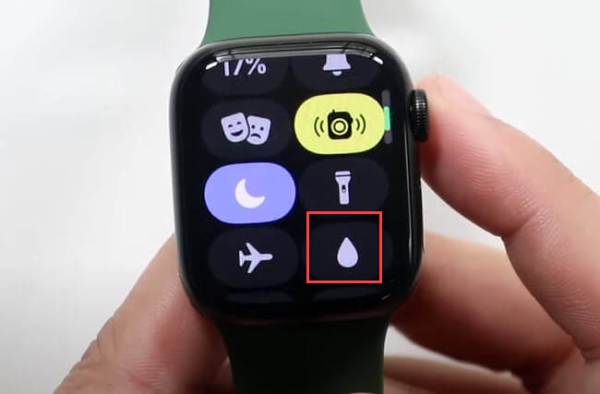 3. Turn the Digital Crown until the display shows “Unlocked” to eject water. 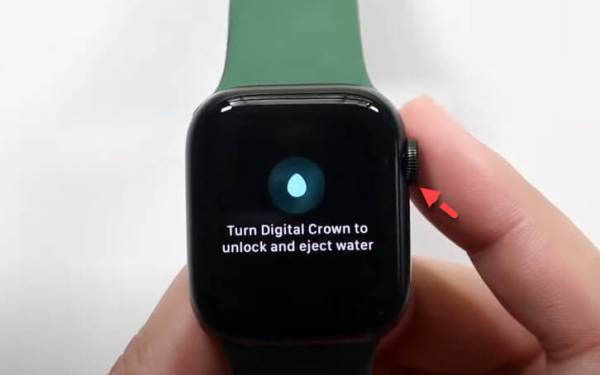 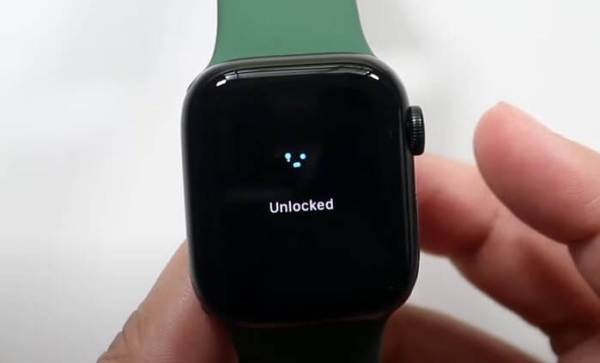 4. The Apple Watch’s speaker will then sound a series of beeps. This ejects any residual water in its housing. When this process is finished, you may use your watch as usual.

When Should You Use Apple Watch Water Lock?

Your Apple Watch is an astute device. This is due to the fact that it is driven by a chip and watchOS. When it detects water, it immediately activates Water Lock. When Water Lock is activated, the touch screen will not respond to unwelcome water droplet touches. This avoids unintentional input.

So, before you dive into that beautiful blue water, make sure Water Lock is on. However, there are some instances in which Watch may fail to detect water in its surroundings, so it is a good idea to double-check.

That’s it. This was the process to get water out of Apple Watch 7. You can repeat this process as many times as necessary to remove any water that has become trapped within. Failure to do so may result in muffled or tinny sounds, preventing you from being properly heard while accepting calls or recording using the Voice Memos app.

How to Show/Hide Date on Samsung Status Bar...

How to Close Active Apps on Samsung One...

How to Send a Silent Message on Telegram

How to Change Telegram Icon on Android and...

How to Turn On/Off Always-on Display on iPhone...

How to Enable Power On/Off Sounds on Apple...

How to Get Rid of the Search Bar...

How to Reset Keyboard on iPhone 14 Models...

How to Enable LED Flash For Alerts on...