How to Activate Incognito Mode in Chrome

In this feature, we will guide you on how to activate Incognito mode in Chrome on PC, And, and iOS devices. Each time you load a webpage into your computer or smartphone’s Google Chrome browser, potentially sensitive data is stored on your hard drive. While this information is used to improve the browsing experience in the future, it can also be personal in nature. If other people use your computer, you can keep things private by using Incognito Mode.

What is the Incognito Mode?

Also known as private browsing, InPrivate Browsing, or a private window, Incognito mode is an Internet browser setting that prohibits the preservation of browsing history. Normally, any text, images, and cookies needed by the website will be stored locally on your computer when you visit any web page. In addition, any queries or filling out forms can be stored in auto-complete fields. Incognito mode forgets or does not store this data when you close the browser window.

How to Activate Incognito Mode in Chrome on PC (Windows, Linux & Mac)

On our laptops, we all visit websites about which we would not necessarily want anyone else to know. And while deleting your browsing history will ensure that no one sees the sites you’ve visited under the history manager of Chrome, it’s much easier to make sure that there are no traces of your browsing experience ever on your computer. Here is how to activate Chrome’s incognito windows on a PC:

Step 1. Launch the Google Chrome application on your computer (Windows, Linux, or Mac)

Step 2. click the three-dotted icon in the top right corner of the screen. 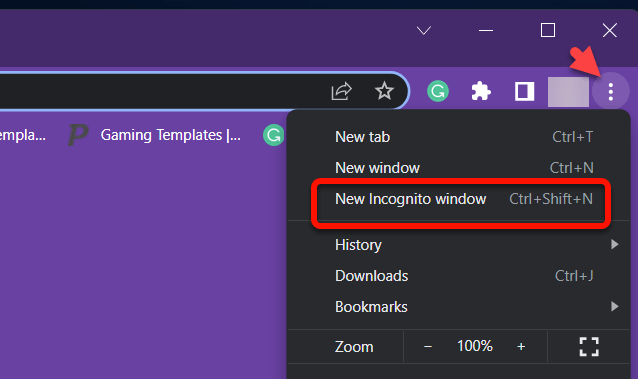 You can also use a keyboard shortcut to open an Incognito window:

How to Activate Incognito Mode in Chrome on Android Devices

If you’re using the Google Chrome browser on your Android devices, then there are two methods to activate the Incognito mode in Chrome. 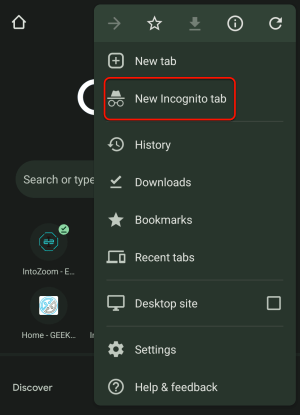 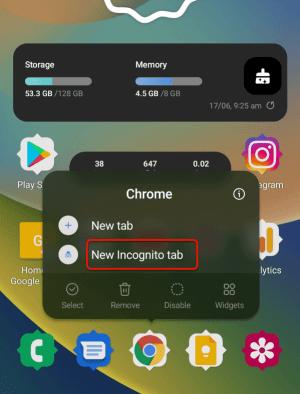 How to Activate Incognito Mode in Chrome on iPhone and iPad

Like Android, there are also two methods to activate the Google Chrome Incognito mode on iPhones and iPad.

You can do this on any iOS device (iPhone or iPad) that runs iOS 13.

That’s it! This post was about activating the Incognito mode on Google Chrome on PC, Android, and iOS devices. In Incognito mode, being able to always open Chrome helps to a large extent to avoid confusion. I don’t have to waste time clearing the browser cache after following these methods to get rid of private searches just because I’ve forgotten to go incognito.

How to Always Use Incognito mode on Chrome