In this feature, we’re going to guide you on How to install and run Android 10 Q on Windows 10 via Android Studio. Well, All Android lovers are aware of Android 10 (Q) and this is the latest Android operating system.

Meanwhile, in this tutorial, we’ve tried to provide you the easiest method which is using an Android emulator (Android Studio). With the Android Studio method, you can easily install and run Android 10 Q on your Windows 10 PC. Before starting the main topic, let’s have some information about Android 10 and its features.

Android 10, formerly knows as Android Q is the latest Android operating system from Google. Android 10 is the 10th major release and the 17th mobile operating system version of Android. It was released on September 3, 2019.

Android 10 includes new gesture controls, dark mode, and some impressive new accessibility features. The beta has been released on two dozen phones from manufacturers like Samsung, Nokia, Huawei, so OnePlus, and that’s a good sign that those devices and perhaps other devices from those companies will be upgraded to the new operating system in a timely manner— as Android phones are still too large.

Here are some of the best Android 10 features:

Android 10 users will require dark mode to darken everything from notifications to settings. Like previous dark themes incorporated into stock Android experience, however, it also applies to all devices that support it.

Following last year’s launch of its Digital Wellbeing tool kit, Google is adding a new feature to help users concentrate without interruption. Focus mode, which launches in beta with Android 10, allows users to select specific apps that they want to miss over a period of time, such as messaging or news apps.

Through taping the volume button and the icon below the volume knob, Live Caption will automatically add subtitles for videos, podcasts, and audio messages-even for the audio that you are recording yourself. Real-time captions are generated through on-device machine learning and will appear as soon as speech is detected, without the need for Wi-Fi or network connection.

Android 10 brings to the Android platform gestural navigation. Instead of using Android’s traditional navigation keys, users swipe and push across the display to go return, back to the home screen, open the app drawer, and activate Google Assistant. Google proceeded to modify and change the behavior of gestures in Android 10 in the final beta release and then tried to explain its rationale. Using it is still frustrating.

If you’re using Gmail, you’re probably familiar with that mail client’s Smart Response functionality, which recommends responses based on how you already respond to messages. Google-operated in Android 10 with a similar feature, baking Smart Reply into the notification system of the OS. That means that you will receive suggestions for replies to notifications, but it’s not just a pity to receive replies to text messages. Android 10 will also suggest relevant actions— opening maps using similar types of local processing, for example, when you’re sent an address.

Without further ado, let’s start the process of installing Android 10 on Windows 10. Make sure that you follow all the steps carefully. To install Android 10 (Q) on Windows 10, we require some essential files like WinRAR, Intel Haxm and also Android Studio.

Well, WinRAR can be a handy tool for extracting compressed files. That’s why in this installation process having a WinRAR software is more than gold.

Intel Haxm is one of the required files where you need to download it. However, when you download the file, it will be in a compressed format. That’s why you have to extract files. You just have to right-click the file. Then you will get a different option. However, you need to click Extract Here.

Once you’ve extracted the file, then open the folder. There are a lot of files, so you need to find intellhaxm-adroid.exe, and then double-click the file to install it and follow the on-screen instructions.

Android Studio is the Official Integrated Development Environment (IDE) for Android app development. It is based on IntelliJ IDEA, the Java integrated software development environment and integrates its code editing and developer tools.

Once the Android studio has been downloaded then you need to install it on your Windows 10. When you launch the software then follow the on-screen instructions. There are various Android studio components that will be downloaded. So you have click on the Finish button. Downloading and installing the android studio portion will take some time. Therefore, you must wait to complete the installation.

When the installation of Android Studio is completed then open it. Now, you’ve to carefully the steps below. 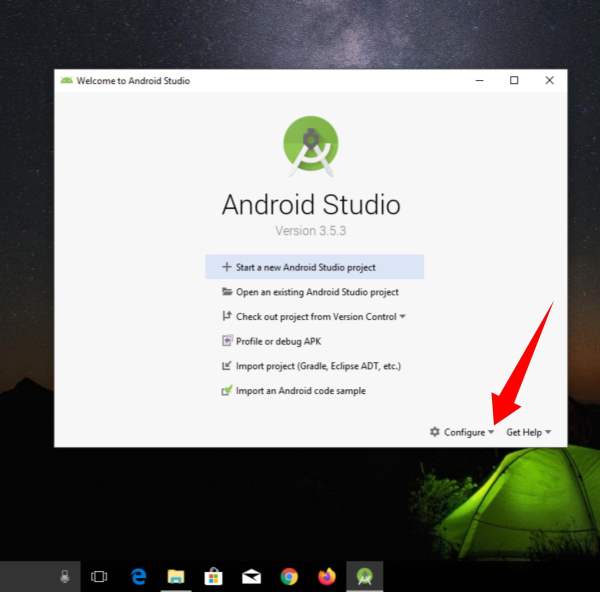 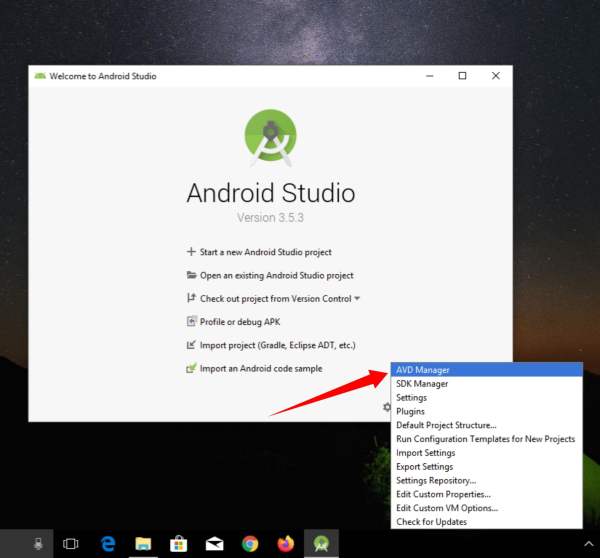 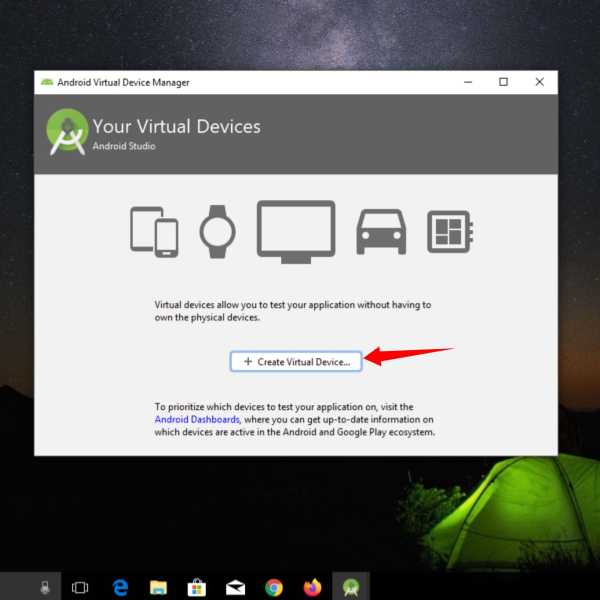 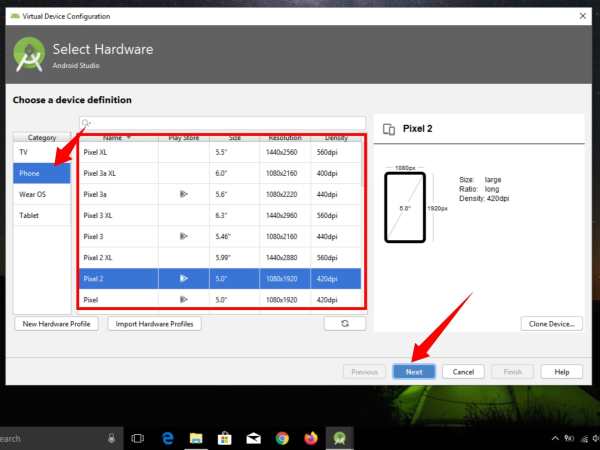 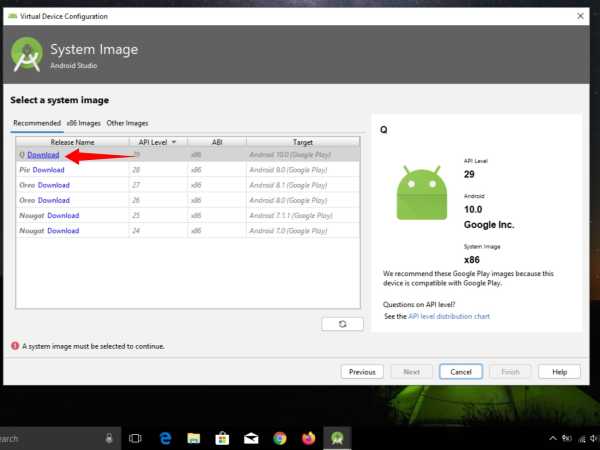 Step 6. In the next window, select “Accept” then click “Next”. In this stage, you have to wait for a while. 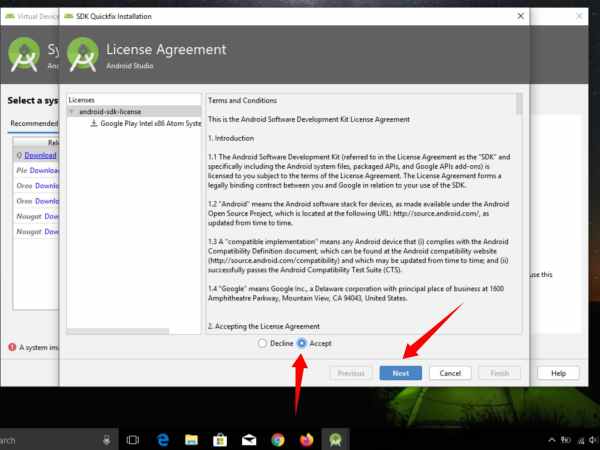 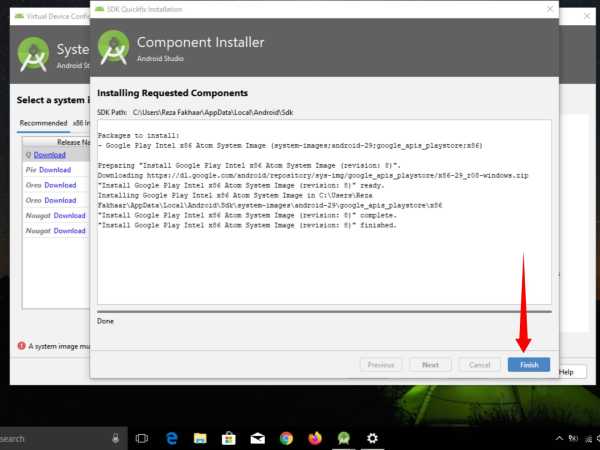 After the installation of Android 10 (Q) on Windows 10 is completed then you can launch or run the Android 10 on your Windows 10 PC.

Step 1. Click/Press on the Windows button/option. Look for “Android Studio” then click on it. 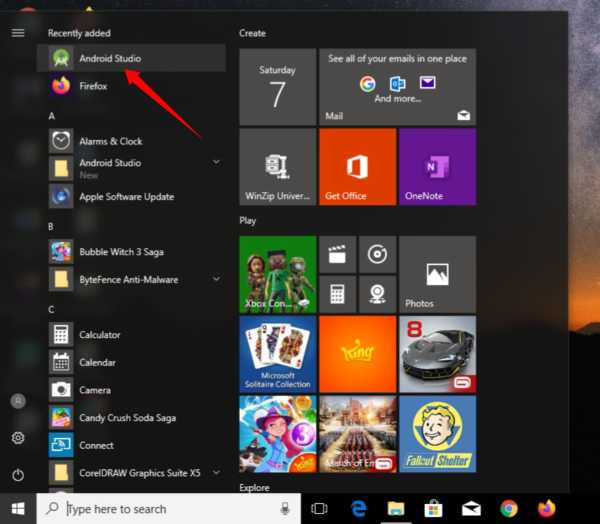 Step 2. Click on “Configure” then select AVD Manager in the drop-down menu. 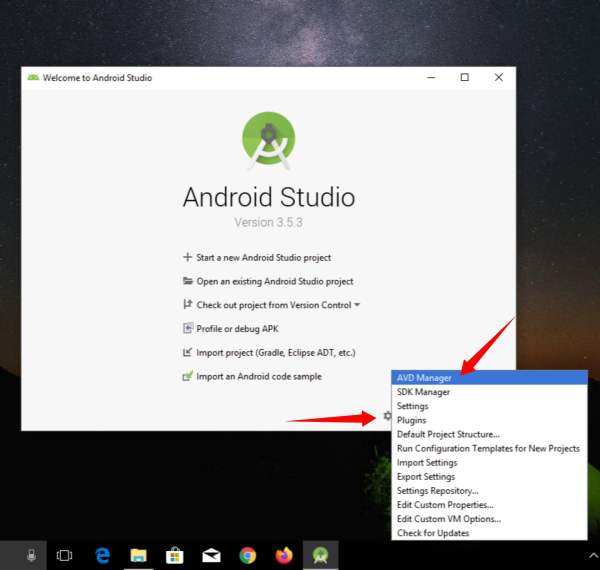 Step 3. Here you can see your installed Android 10 (Q) on the Window 10. On the right-hand side click on the Play/Launch icon to launch the Android 10 (Q). 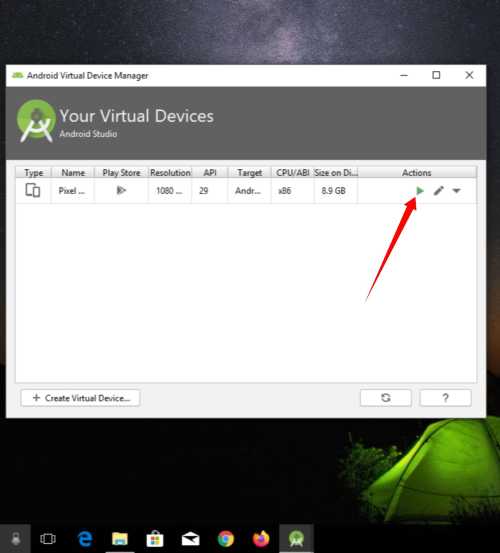 Step 4. Here are some of the screenshots of Android 10 being installed on Windows 10 PC. 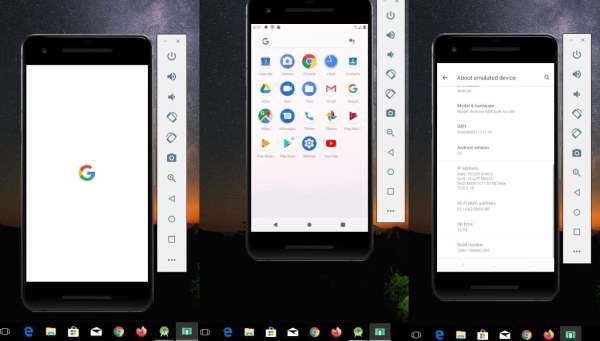 Why install Android 10 on Windows?

That’s it! This was all about installing and running Android 10 on Windows 10 PC via Android Studio and the procedure was easy and peasy. We hope, you all find this feature useful. Meanwhile, if you face any difficulties during the installations then you can ask me in the comment section below.

How to Always Use Incognito mode on Chrome

How to Find Wireless Network Security Key on Windows 10