How to Install Kali Linux on VirtualBox in Windows 10

In our previous post, we’ve shown you the installation process of Ubuntu Linux on Oracle VirtualBox and VMware Workstation in Windows 10. However, in this guide, you are going to learn how to install Kali Linux on VirtualBox virtual machine in Windows with ease and effortlessly.

When it comes Linux operating system then both the Ubuntu Linux and Debian Linux are the most used and important Linux versions. However, due to some reasons, we have decided to install Kali Linux on Oracle VirtualBox. Meanwhile, there are different types of Virtual Machines (VM) like VMware Workstation. Since VirtualBox is a free virtual machine and light at the same then it’s better to install Kali Linux on VirtualBox instead of VMware Workstation.

Kali Linux is a Linux distribution built on Debian that has been developed for penetration testing and is particularly useful for security experts and enthusiasts. Kali Linux, formerly known as BackTrack Linux, provides a lot of network audit software and programs. Kali can be run as a live DVD and, like any other Linux, can be installed as a host operating system (OS) on a computer. It is not recommended, however, that you use Kali as a desktop operating system for general purposes.

The Benefits of Kali Linux Installation on VirtualBox are:

Oracle VM VirtualBox has been developed by Oracle Corporation as a free and open-source virtualization framework. Using Windows, macOS and Linux, Solaris, as well as OpenSolaris you can mount the VirtualBox. This allows users to build virtual machines to run other operating systems. “It supports guest development and management of Windows and Linux running virtual machines and restricted virtualization on Apple hardware of macOS guests.”

A virtual machine is a virtual system or program that offers the same features as physical machines (eg, a computer system with its own CPU, memory, network interfaces, and storage capacity). A virtual machine like a real device is used to run applications or OS.

Once you click on the link, your browser should prompt you to download the Kali Linux image. Select Save.

The download should start. It may take a while to complete as the file size is around 3.53 GB.

Once you have downloaded and installed both the Kali Linux image file and VirtualBox, open-up the virtual machine and click on the Import option.

A new window opens so you can do this manually. Click the folder with the green up arrow to choose the Kali image file.

Find the downloaded Kali Linux image file and click Open. Remember that the file name should start with “Kali Linux” and end with the “.ova” extension.

Now, you will be shown the settings for the virtual machine you are about to import. However, here you can customize certain things like RAM, CPU, and some other options. After you are done with the settings, click Import and wait for a while. 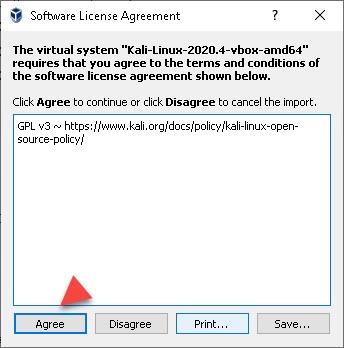 You will now see it listed. So, just hit Start to launch it.

Finally. Kali Linux is successfully installed on VirtualBox in Windows 10. 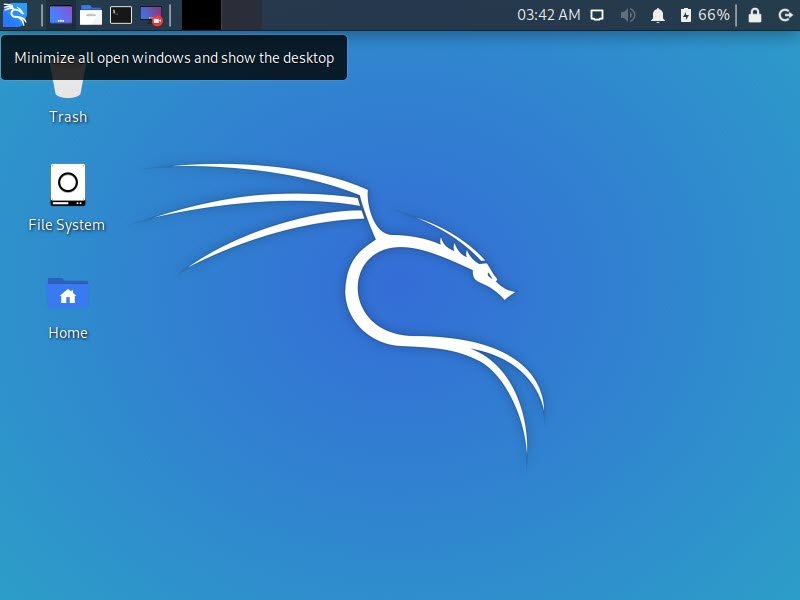 That’s it. This is how you can install Kali Linux on VirtualBox in Windows 10. the process is very easy and it might seem a bit tricky while following the above-mentioned steps but that’s not the case. If you faced any kind of problem feel free to contact us in the comment section below.

How to Create Ubuntu Bootable USB Flash Drive in Windows 10

Failed to open a session for the virtual machine Kali-Linux-2021.1-vbox-amd64.

Not in a hypervisor partition (HVP=0) (VERR_NEM_NOT_AVAILABLE).

VT-x is disabled in the BIOS for all CPU modes (VERR_VMX_MSR_ALL_VMX_DISABLED).

hi team… facing this issue … when i try to start the Kali VM on virtualbox .. followed all the steps above.

This problem usually appears because of the following reasons:

1. Virtualization (AMD-V) is disabled from BIOS settings.
2. If Microsoft Hyper-V is enabled, it automatically means that the built-in virtualization technology was turned off.
3. BIOS version doesn’t support many CPU cores. If – As it turns out, the issue might get thrown by VM VirtualBox if the software is forced to create a virtual machine with more than 1 CPU core. In order to do this, it requires hardware virtualizations and will throw the error if the feature is disabled or unavailable.