How to Lock Photos Album on iPhone [iOS 16]

You can now lock your Hidden images album with a passcode or biometrics using the Photos app. When a photo was hidden on an earlier version of iOS, it was just transferred to a different album and deleted from the main camera roll. But curious eyes might just touch it to make them visible.

In the meanwhile, a whole ecosystem of third-party “secret folder” applications has emerged to remedy this flaw, enabling safe photographs to be secured by Touch ID or Face ID. In order to fill this demand, rival manufacturers like Samsung provide Secret Folder applications as standard apps. With iOS 16, Apple has at last filled the feature gap.

There is no longer a requirement for a separate app with iOS 16. The Hidden and Recently Deleted albums are both automatically locked by the Photos app. By default, to access these albums, you’ll need your iPhone’s password, Face ID, or Touch ID.

The main WWDC keynote did not include an announcement of this feature. The provision of pooled iCloud picture libraries for families was one feature that was highlighted. Users will be able to create a family library with up to five other individuals starting in iOS 16 so that photographs will be automatically shared between them. You may also send pictures directly to the shared photo roll using the Camera app (a switch UI will let you disable that for each photo taken as you take a personal snap).

Beginning this autumn, iOS 16 will be accessible to all iPhone owners with an iPhone 8 or later. A beta for developers is currently accessible.

How to Lock Hidden Photos Album on iPhone on iOS 16

If your hidden album contains photos of personal memories or significant scans, it’s a good idea to make it private. When you need to unlock and give over your phone to someone to see images, you may need to lock the hidden photos album on your iPhone. At the same time, you don’t want them looking through your private images.

Now, let’s look at how you may secure concealed images and movies on your iPhone or iPad. This should work on most iPhones running iOS 16, including the iPhone 8, iPhone XR, iPhone 11, iPhone 12, and iPhone 13.

So, here are the steps to lock the hidden photos album on iOS 16: 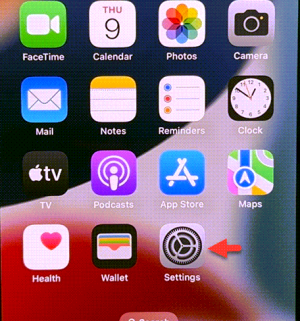 2. Scroll down and then select Photos.

3. Turn on the toggle button for Use Face ID or Use Passcode.

Use Face ID or Use Passcode

When you open the Hidden album, it will prompt you for Face ID, Touch ID, or password authentication before displaying the album’s contents.

That’s it. These were the steps to lock hidden photos album on iPhone on iOS 16.

How to Customize Lock Screen on iOS 16

How to Enable Lockdown Mode on iPhone [iOS 16]