Samsung Contacts App Gets “Trash” feature with Android 10 (One UI 2.0)

However, the Samsung Contacts app gets the “Trash” feature with Android 10 (One UI 2.0). Here’s a neat new feature that Samsung has introduced to its Contacts app with Android 10 (One UI 2.0). You can now trash your phone numbers instead of deleting them permanently. It’s like the recycle bin on Windows or the trash section in an email service or photo storage services like Google Photos. The trash is emptied every 15 days, giving you two weeks’ time to decide whether some contact numbers are worth keeping on your device or not. In this article, you will learn how to enable the Samsung Contacts app Trash feature and how to restore deleted contacts on Samsung phones.

You May Also Like: Samsung My Files App Gets Trash Bin Feature With Android 10 (One UI 2.0)

Meanwhile, Trashed contact numbers can be restored from the Trash section, which is accessed by tapping the three-dot button in the contact tab of the Contacts app. 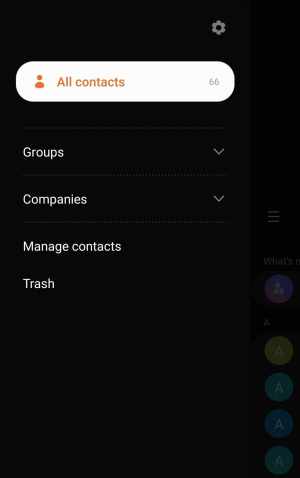 How Do I Enable the Trash in Contacts app on Samsung ( Android 10)? 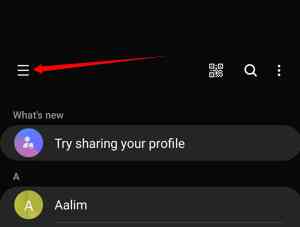 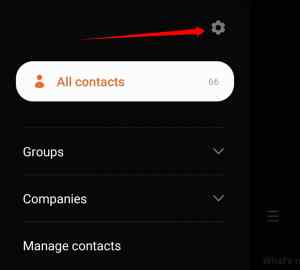 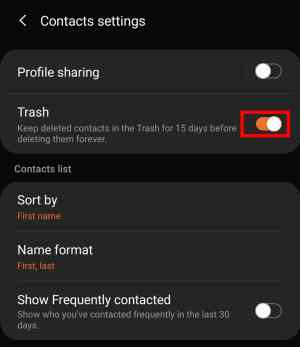 How to Restore Deleted Contacts on Samsung ( Android 10)

Your contacts list is probably one of the most valuable things you can have on your Android device. All from jobs, from colleagues, from relatives, etc. It is bad if they all go missing at the same time. A huge thanks to Android 10 or One UI 2.0 for providing the Trash feature for the Contacts app. Now, you can easily restore any deleted phone number on your Samsung phone. Here’s how you can restore the deleted phone number: 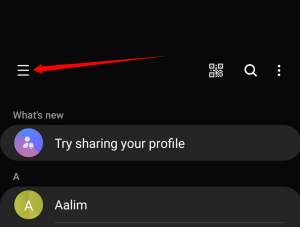 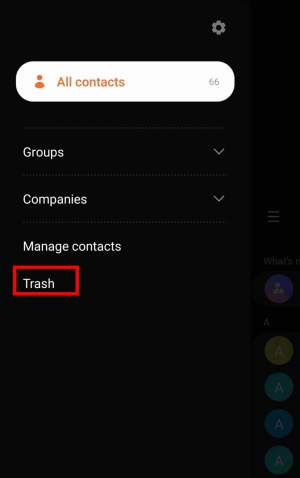 Step 4. Tap on the deleted contact which you want to restore back. 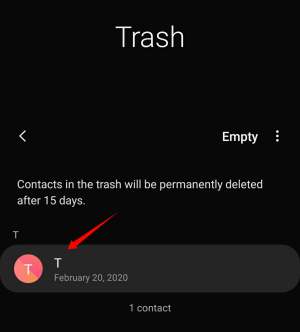 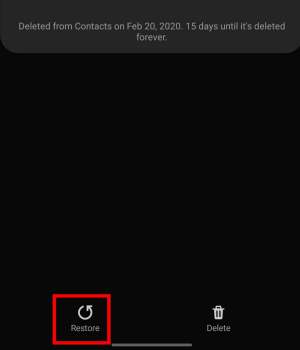 Android 10 and One UI 2.0 also provides “Trash” for My Files app. Previously, Android Pie and One UI provided the Trash feature for the Gallery app. So, overall the Gallery, My Files, and Contacts app has a built-in Trash or Recycle bin feature.

That’s it. The Trash feature is a wonderful addition to the Samsung Contacts app. Whenever you deleted any important phone number then you can quickly restore the deleted number/numbers back and also remember that you have only 15 days to restore the deleted phone numbers. In the meantime, I’ve also shown you how to enable the Trash feature and restore deleted contacts on Samsung. As far now, Android 10 (One UI 2.0) is available on Galaxy Fold, Samsung Galaxy Note 10 Plus, Note 10, S10+, S10, S9 and S9+ and the rest will follow soon. For your information, S8 and S8+ won’t get the Android 10 update. Samsung Contacts App Gets Trash