How to Take Screenshot on Apple Watch Series

Meanwhile, you’re probably using your Apple Watch for notification checks, nothing else. Perhaps even the time, if you want to keep track of stuff like that. But, did you know that you can take Apple Watch screenshots, too? Yes, you can.

How to Enable Screenshot on iPhone

Bu default, the ability to take screenshots on your Apple watch is turned off and you will need to start by enabling screenshots in the Apple Watch app on your iPhone or Apple watch.

Step 1. Launch the Watch App on your iPhone.

Step 2. Tap the My Watch tab at the bottom of the screen.

Step 4. Now, from the list find Enable Screenshots and then swipe it to the right to turn it on.

Alternatively, you can also turn the Enable Screenshots feature right from your Apple watch as well. Here’s how: 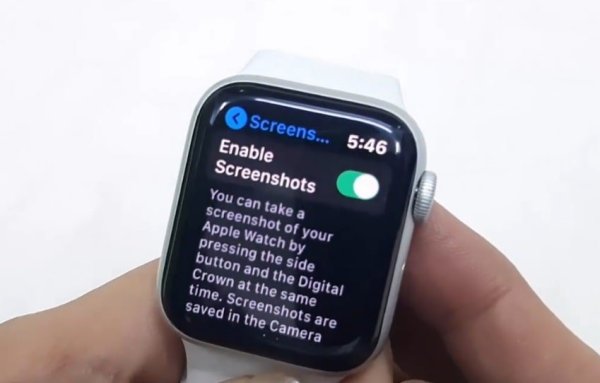 How to Take a Screenshot on an Apple Watch

Now that you’ve done the job much easier by enabling Screenshots on your iPhone or Apple watch. So, grab your Apple Watch and take all the screenshots you need. Meanwhile, On your Apple Watch, there are two buttons on the right-hand side of the watch; one is the Digital Crown and the other is the side button.

Step 1. On your Apple Watch, press both Digital Crown and the side button simultaneously. Make sure to press both buttons simultaneously or at the same time. If you press one and then the other, you won’t get the screenshot.

Take a Screenshot on an Apple Watch

Step 2. If your watch screen briefly flashes or you hear a click that sounds like a camera shutter, that means you have successfully captured the screenshot.

There are no Photos app on the Apple Watch itself where the screenshot can be stored and you may wonder where to find your Apple Watch screenshot.

That’s it. This guide was all about how to take a screenshot on the Apple watch. When you want to capture something on your Apple Watch screen, whether it’s a personalized Watch face or your new workout results, screenshots are extremely useful. Just like iPhone screenshots, the process is pretty straightforward. However, the functionality is disabled by default so that you don’t accidentally capture too many clusters. To know more about the latest Apple Watch Series 6, click here.

How to Type or Get Emojis in Windows 10

How to Turn Off Always-On Display on Apple Watch

How to Enable Bubbles Notification on Android 11...

How to Install macOS Big Sur on VirtualBox...

Windows 10: How to Enable the Ultimate Performance...

How to Install Google Assistant on Mac

How to use Samsung Wireless DeX on Your...