How to Use Same WhatsApp Number on Two Devices (Android)

Do you want to use one WhatsApp on two different devices? This post will guide you on how to use the same WhatsApp number on two devices (Android).

You must have had occasions where you wished you could use the same WhatsApp account on two separate cell phones. Finally! WhatsApp has now made it possible for you to join your accounts on two Android phones at once after taking note of your request.

According to Android Authority, WhatsApp has just begun distributing the latest WhatsApp Beta version 2.22.25.8 for smartphones and tablets running the Android operating system. With the addition of this functionality, you will be able to set up the app on your tablet by scanning the QR code. However, you must follow the identical steps on your end to create the same WhatsApp account.

Despite lacking several functionalities, WhatsApp is one of the most utilized instant messaging programs. For instance, Telegram allows you to use the same account across numerous devices, but until recently, WhatsApp was unable to do the same. Now officially permitted, using the same WhatsApp account across two devices!

When WhatsApp’s Linked Devices functionality was first released last year, you could only use a computer or web browser to access it. WhatsApp, however, just released a new upgrade that enables you to connect a smartphone to your account. It’s now feasible to use WhatsApp with the same phone number on two separate devices if that has always been your desire.

WhatsApp replaced the previous WhatsApp Web functionality with a new feature called Linked Devices. You may connect up to 4 devices to your WhatsApp account using this function. Once connected, WhatsApp may be used on these devices without a smartphone.

How to Use the Same WhatsApp Number on Two Devices (Android)

Here’s how to use one WhatsApp on two different Android devices:

Note: For the purpose of this guide, we used a Samsung Galaxy phone and a Galaxy Tab.

1. Install WhatsApp on your main phone and log in.

2. Install WhatsApp from Google Play Store on your second device.

3. launch WhatsApp on your second device and Agree and Continue. Select your preferred language. 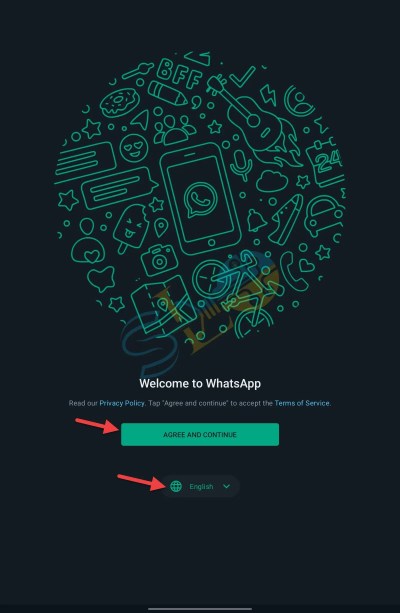 4. Here, you’ll see the “Link with your phone” option. 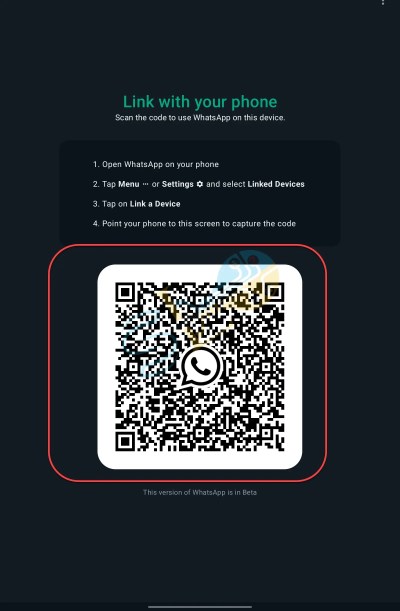 Link with your phone

5. After that, open WhatsApp on your main device and navigate to the Chats tab. Tap the 3 dots menu and select Linked devices. 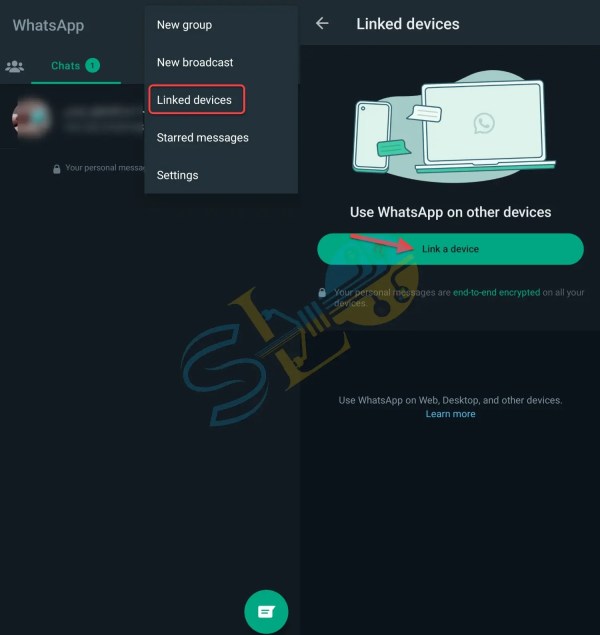 7. A QR Code Scanner will now appear on your screen. Scan the QR Code on your secondary device.

Scan the QR Code on your secondary device 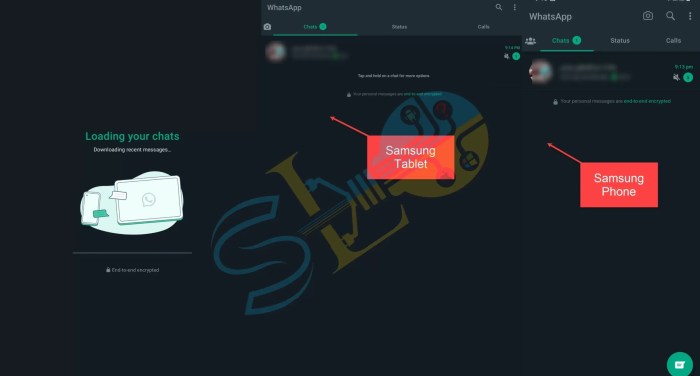 Use the Same WhatsApp Number on Two Devices

What’s nice is that WhatsApp will function separately on both devices. This implies that even if the internet isn’t available on your primary phone, you can still use WhatsApp on a secondary device with an active internet connection.

That’s all. These were the steps to use the same WhatsApp number on two different Android devices with ease.