Home How To How to Update to Windows 10 1909 Version: November 2019 Update
How ToWindows

In November 2019, Microsoft released Windows 10 Update, codenamed 19H2, on November 12. Also known as the 1909 version of Windows 10, this is the smallest, fastest update of Windows 10. It’s almost just a service pack.

Here are some of Windows 10 Version 1909 features:

File Explorer has a new experience of browsing. You will see a dropdown menu with a list of suggested files when you type in the search box. It will also search online for files in your OneDrive account— not just for files on your local PC. To open the location of the file, you can also right-click one of the search results here. Originally this feature was added to the 20H1 update of Windows 10, but switched to the 19H2 update (1909).

2. Calendar Event Creation From the Taskbar

On the Notifications & Actions page, there is a new setup to disable sound for all notifications, and the page will now default to sort notification senders by the most recently shown notification instead of the sender name. In addition, the page to configure notifications for apps now includes visual changes to help you understand the “banner” and “Action Center” settings.

The Start menu is a little more user-friendly finally. Finally, when you mouse over objects in the navigation pane on the left side of the menu for example, the Preferences, Control, and Documents symbols, it will instantly expand to show you what you’re about to click on. Originally, it just displayed tooltips, and you had to press the menu icon at the top left corner of the Start menu to see the tags. Now, it’s easier to understand what all these icons are doing.

Theoretically, the battery of select PCs will struggle less with Windows 10 version 1909 update. Microsoft has also implemented power efficiency improvements for PCs with a number of processors.

If your PC-powered processor supports “favored” cores, users can note performance improvements because Microsoft has introduced a new rotation policy that will assign more CPU-intensive or essential tasks to those cores that run faster.

If you are running Windows 10 Version 1903 or version 1809, you can get it from the Windows Update. To update, follow the steps below: 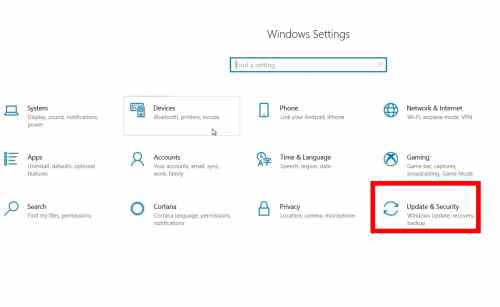 Step 4. Select Windows Update on the left-hand side.

Step 5. Click Check for updates button and then Install all the available updates. 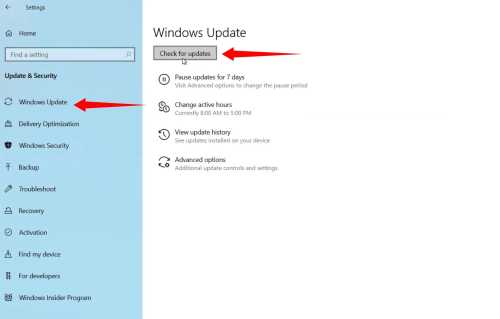 Step 6. The November 2019 Update will be listed as an optional update as “Feature update to Windows 10, version 1909” You have to click Download and Install Now to install the update automatically. 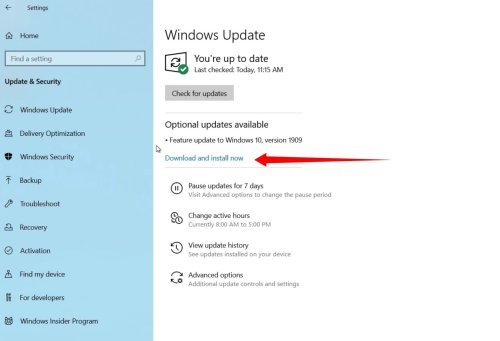 After the update installation, a restart is required. You can either restart immediately or schedule the reboot as it takes several minutes for the update process to download the update. Now you’ve successfully uploaded to Windows 10 version 1909 or November update.

To check your Windows 10 version: 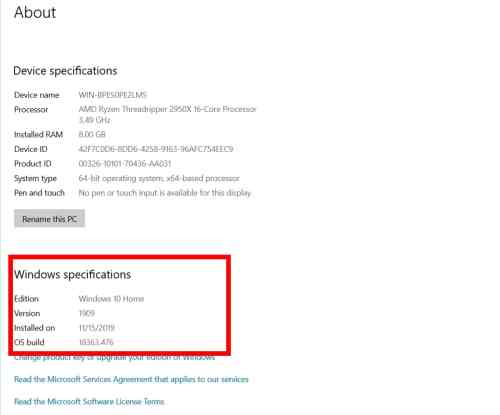 However, if you’re using Window 10 version 1703 or lower then the best possible way is using Update Assistant. This is the easiest way to upgrade to the latest version right now if you are already using Windows on your system. The update assistant will not download the ISO file for you, it will automatically upgrade your operating system to the latest version. You need an active internet connection until the process is completed by the update assistant.

I personally update my Windows 10 1909 version through this method as my Windows 10 version was 1703 and couldn’t update it using Windows update so to update your current version of Windows 10 to the November Update (1909) follow the below steps: 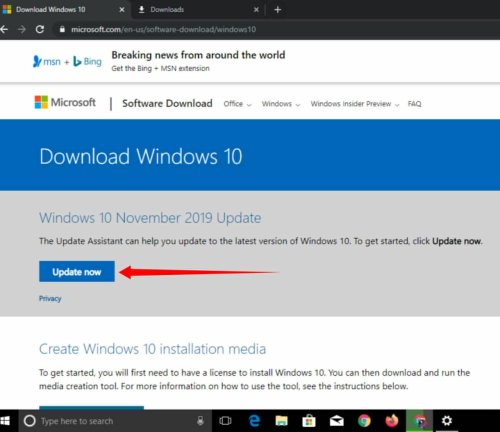 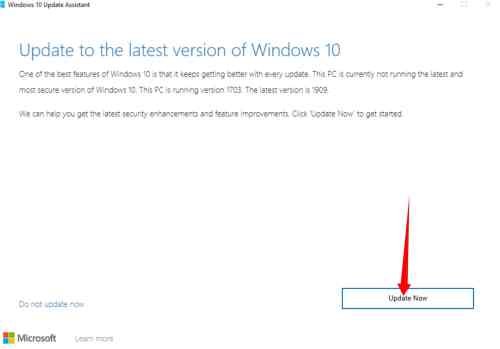 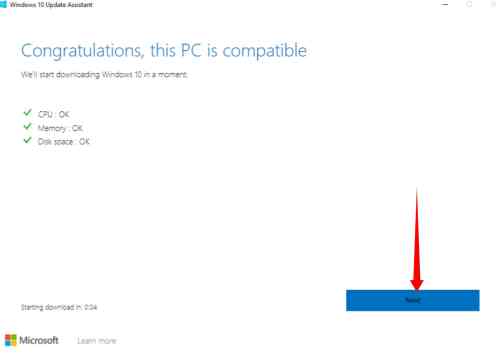 If everything checks out the update process will kick off and from this point, it’s straight-forward. Just follow the onscreen instructions and it will take time to complete the process. In fact, you can minimize the tool and keep working on what you’re doing until a reboot is required to complete the update. Or, if you change your mind, it gives you the option to cancel the upgrade and you can do it later. Note that upgrading with the assistant will keep your current files, apps, and settings. 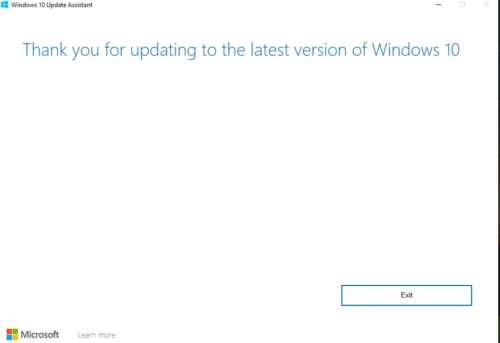 Windows 10 version 1909 is smaller in scope than previous updates of its kind. Instead of huge changes to the Interface or core functionality, Windows 10 1909 upgrades some pre-existing apps and resources with new features, such as additional options for handling phone alerts, simpler calendar editing of shortcuts, and paves the way for better third-party AI support integration on Windows 10—but that’s just a small selection of updates that users may anticipate.

So this article was about how to update to Windows 10 1909. There are are couple of ways to upgrade to Windows 10 1909 November update. If your Windows 10 version is 1903 then tou can easily update through Windows update and in the meantime, if you still use 1703 or lower then updating via Update Assistant would be ideal.

How to Reset Password on Windows 10 Without Any Software