How to Screen Mirror Samsung Phone to Samsung TV

In this feature, you will learn how to screen mirror Samsung Galaxy phone to Samsung smart TV. Screen sharing or screen mirror allows you to display your mobile device screen onto a TV.

Screen mirroring a Samsung Galaxy phone or any other smartphone to Smart TVs like Samsung LED TV or Sony BRAVIA LED TV is just like having fun to transfer a smaller screen to a bigger screen. In the meantime, by screen mirroring you can watch movies, play games or view images. That’s why screen mirroring so important that everyone wants to connect their phone devices to Smart TVs. mirror samsung to samsung tv

Samsung smart TVs are one best of smart TVs. Samsung smart TV has such a strong influence on these people because their TVs are generally more vibrant and brighter than the competition, particularly in the QLED range.

Meanwhile, Even relevant for discussion: Samsung TVs normally do a great job with upscaling (turning HD to 4 K), and generally perform better than LG sets while handling fast-moving scenes. Samsung smart TV offer a technology called HDR10 + that makes colors look super bright, and input lag is usually pretty small as well, which is perfect for gamers looking to use Xbox One X or PS4 Pro TV.

What is the Screen Mirroring?

In simple words, screen mirroring is a function that takes the full content displayed on your smartphone, computer or tablet and sent it to an external screen via a wireless connection.

Which Samsung phone Has Mirroring?

Samsung’s latest smartphones have the ability to screen mirror and the screen mirroring function on Samsung phones will be called  “Smart View”, “Screen Mirroring” and “Quick Connect”.

Furthermore, most of the Samsung phones have the Smart view option where you can screen mirror easily. The easiest way to find out smart view options, just use your fingers to drag down from the top of your screen to pull up the notification and the smart view will appear as an icon.

How to Screen Mirror Samsung Phone to Samsung Smart TV

Most of the people face the problem of how to connect Samsung Smartphones to Samsung Smart TV but the steps are quite easy. Before you begin, make sure your Samsung Galaxy device is connected to the same Wi-Fi network as your Samsung TV. Here are the steps:

Step 1. Turn on your Samsung smart TV. Press the Source button on the remote, then select the Screen Mirroring source option then press enter. 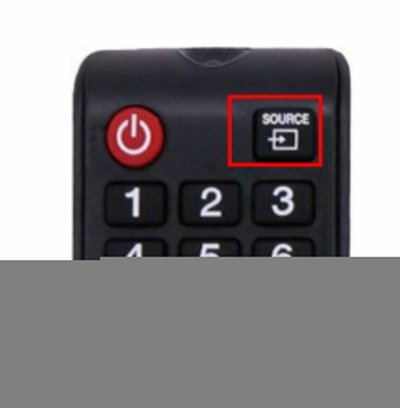 In the newer model, Select Menu on your remote then navigate to Network, then Screen Mirroring.

Note: if you do not connect your device within two minutes the scan will time out. 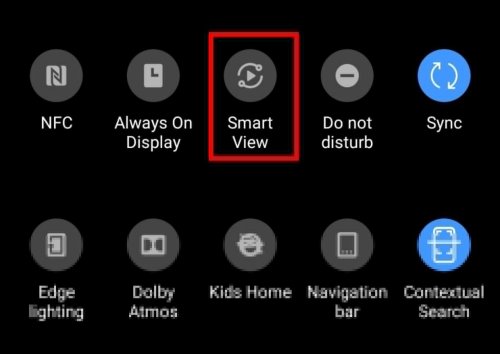 Step 4. Tap on the TV that you want to connect to. 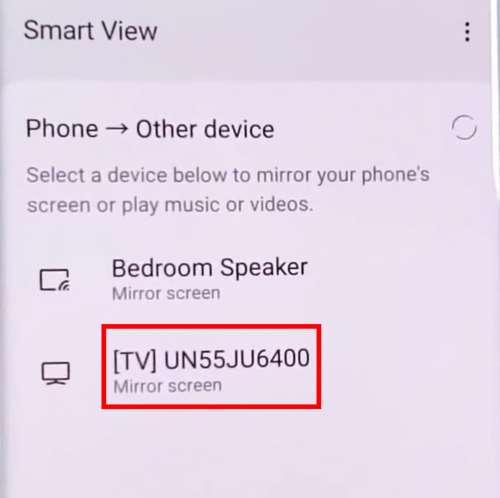 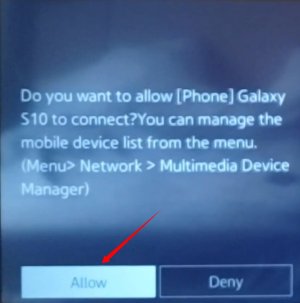 Your device will now begin connecting to your TV. Once connected, your mobile device screen will now be displayed on the TV.

This feature was about how to screen mirror Samsung Galaxy phones to Samsung smart TV. There are different method to mirror your Galaxy screen to Samsung TV like using HDMI adaptor and SmartThings but mirroring with Smart View is the easiest way

How to Create Windows 10 Bootable USB on Mac Using UNetbootin