How to Install Ubuntu using VMware Workstation 16 in Windows 10

Both Windows 10 and macOS Big Sur are the latest operating systems for Windows and Mac users respectively But about Ubuntu Linux? For any reason, if you want to install and use Linux on your Windows PC or laptop then why not install it. Meanwhile, if you have a PC or laptop running on Windows 10 and want to have and use the Ubuntu Linux operating system at the same time alongside your Windows 10 then you have come to the right place. In this guide, you are going to learn how to install Ubuntu using VMware Workstation 18 in Window s 10.

To set up a virtual machine (VM) on your Windows PC, many people typically use software like Parallels Desktop or Oracle VirtualBox, or Player. To do this, VMware Workstation is a nice, free alternative. Plus, in just a few minutes, you can install and set it up.

Any operating system (OS) on your current system can be run by VMs. You can use VMware for free simulation, whether it’s for disaster recovery, code testing, or just some fun exploration. In order to install Ubuntu Linux via VirtualBox on Windows 10, you will need to download both the VMware Workstation and Ubuntu ISO Files.

So, without further ado, here’s how to install Ubuntu Linux on Windows 10 via VMware Workstation virtual machine:

However, a free-of-charge version of VMware Workstation Player is available for non-commercial use. You require an operating system license to use proprietary programs such as Windows. Ready-made Linux VMs set up for various purposes are available from several outlets.

VMware Workstation Pro will immediately save the status of a virtual machine (“snapshot”). These snapshots can be restored later, essentially restoring the virtual machine to the saved state[5] as it was, and free of any post-snapshot damage to the VM.

VMware Workstation provides the ability to group several virtual machines into an inventory folder. The machines in such a folder can then be turned on and off as a single object, which is helpful for evaluating dynamic client-server environments.

Linux is also an operating system as is Windows or Mac OS. Linux is the Unix-like operating systems open-source family. Debian, Fedora, Linux Mint, and Ubuntu are some of the common distributions of Linux.

Ubuntu has some benefits: its affordable, open-source, entirely customizable, safer, and command-line oriented feature (I believe this is the most appealing feature).

Ubuntu is a Debian based Linux free and open-source distribution. “With long-term support (LTS) published every two days every six months,” Wikipedia says. “The current edition and the latest longer-term support release, as of 23 April 2020, is 20,04, which is funded by the public until 2025 and as a paid-up option until 2030.

Apart from installing VirtualBox, you also need to download the Ubuntu Linux ISO file. from the Microsoft website. You can download it straight to your internal hard drive.

Once the Ubuntu ISO file is downloaded, open VMware Workstation and click on Create a  New Virtual Machine. 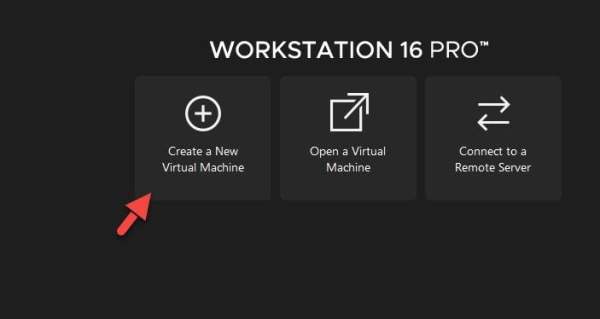 A New Virtual Machine Wizard window should be displayed. Now, select Typical (recommended) and click on Next.

Now, select I will install the operating system later and click on Next.

Now, you have to select the operating system that you will be installed on the virtual machine. Select Linux from the Guest operating system section and Ubuntu 64-bit from the Version section. Once you’re done, click on Next.

Usually, the number of processors is set to 1, and the Number of cores per processor can be 1 or more depending on your need.

If you want to enable nested virtualization (virtualization inside virtual machines), then check the Virtualize Intel VT-x/EPT or AMD-v/RVI checkbox.

If you want to use performance tuning software in the virtual machine, check the Virtualize CPU performance counters checkbox. For this to work, you must have a compatible processor installed on your host computer.

At last, go to CD/DVD (SATA) settings and select Use ISO image file, and click Browse.

A file picker should be opened. Now, select the Ubuntu Linux ISO file that you’ve downloaded and click on Open.

The Ubuntu ISO file should be selected and click Close and then Finish.

Now, your virtual machine has been successfully created and it is time to install Ubuntu Linux on VMware Workstation:

Power on this virtual machine

Your VM will now boot into a live version of Ubuntu. Choose your language and select Install Ubuntu.

Note: If you select Try Ubuntu, you can run the installer later by double-clicking Install Ubuntu on the desktop.

Select “Erase disk and install Ubuntu” and then select Install Now. Don’t worry. It won’t delete anything on your Windows operating system. You are using the virtual disk space of 15-20GB that we created in the previous steps. It won’t impact the real operating system. Just click on Continue.

Choose your time zone on the map, then select Continue.

Set up your user account and select Continue. You are almost done. It may take 10-15 minutes to complete the installation.

Ubuntu installer should start installing Ubuntu. It may take a while to complete.

At this point, Ubuntu should be installed on the virtual machine. Click on Restart Now.

Your virtual machine should restart the Ubuntu login screen. Login to Ubuntu with your password as usual.

Congratulations! you have successfully installed and configured Ubuntu Linux on Windows 10 using VMware Workstation 16 Pro and the Welcome screen will appear.

That’s it. This is how you can install Ubuntu Linux on Windows 10 via VMware virtual machine. Meanwhile, the process is very easy and it might seem a bit tricky while following the above-mentioned steps but that’s not the case. If you faced any kind of problem feel free to contact us in the comment section below.

How to Install Debian 10.7 on Oracle VM VirtualBox in Windows 10