How to Screen Mirror Samsung Galaxy to Windows 10 PC

Furthermore, Older devices and operating systems older than Android 4.1.12 may not have the features of Screen Mirroring. In the menu function, some newer devices will have Smart View instead of Screen Mirroring. But newer Samsung Galaxy devices like Note 10 Series, S10 Series, Note 9 series, S9 series, and some others have a dedicated screen mirroring feature called “Smart View” where you can easily mirror your Samsung Galaxy to Windows 10 PC.

Meanwhile, Since Windows released the Windows 10 OS Anniversary Edition / Update, one particularly exciting feature that got a lot of hype is the function that enables a Windows 10 PC to be used as a wireless receiver for users who want to project a third party screen on their PC (Windows Phone, Android or Windows tablet).

While you can move your phone’s screen to a much larger display in many respects, this Windows 10 feature allows you to enjoy your Android content on your PC without any third-party apps or phones. Nevertheless, apps from third parties are equally effective. So with the help of Smart View in Samsung smartphones and project features in Windows 10, you can screen mirror Samsung phones to Windows 10 effortlessly using any additional software or applications.

How to Screen Mirror Samsung Galaxy to Windows 10 PC

If you’re using the latest Samsung Galaxy devices and Windows 10 as well then there’s no need to use third-party software and applications to mirror your screen from your Samsung to Windows 10 PC.

Here’s how you can screen mirror Samsung Galaxy to a Windows 10 PC or laptop. Before you proceed, ensure that both devices (your Samsung Galaxy & Windows PC) are connected to the same network. 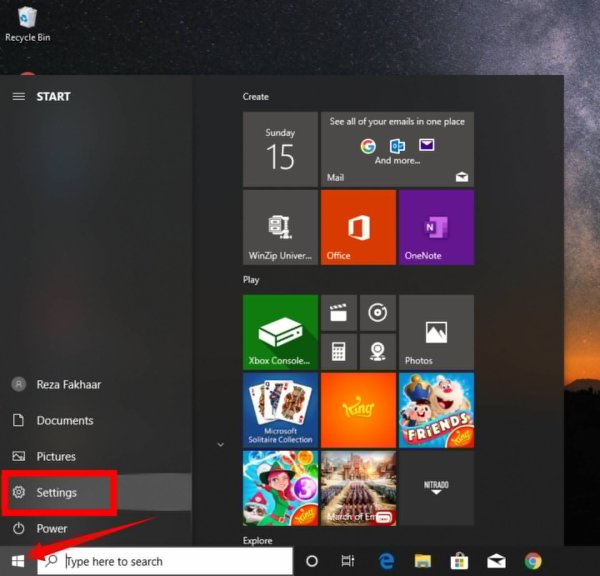 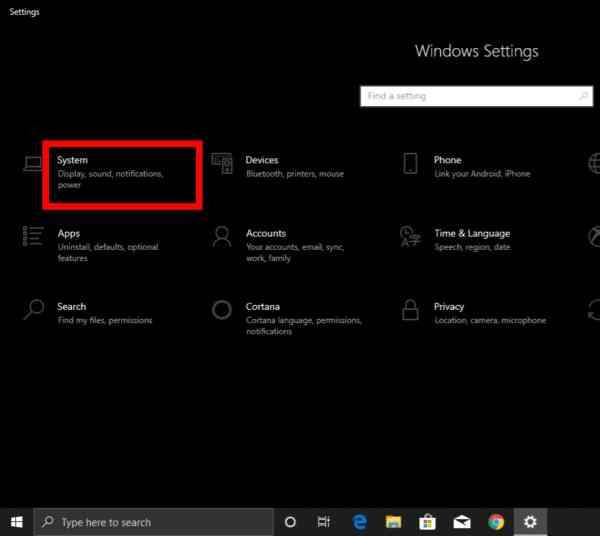 Step 4. To enable Projecting To This PC, select Available everywhere on secure networks from the list box. 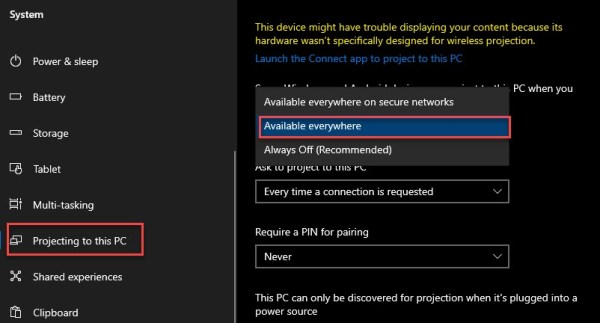 Projecting to this PC

You can leave the rest of the settings as they are and everything will be ready to go. However, let’s look at all the settings on the Projecting To This PC page. 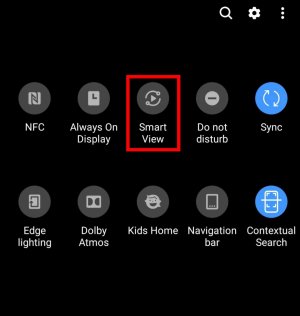 Step 6. There will be two Options, phone to device and device to the phone so you have to select the phone to the device. Now tap on your PC name to mirror the screen of your smartphone. 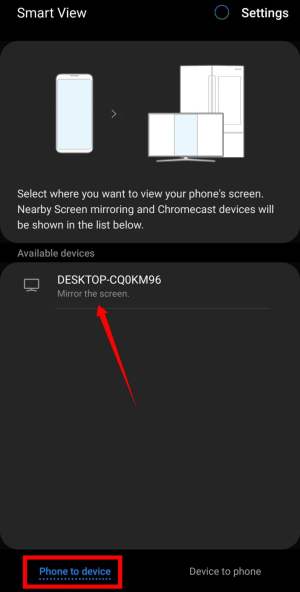 Step 7. On your Windows screen, you will receive a notification saying that [Phone] is attempting to project then select Always allow. 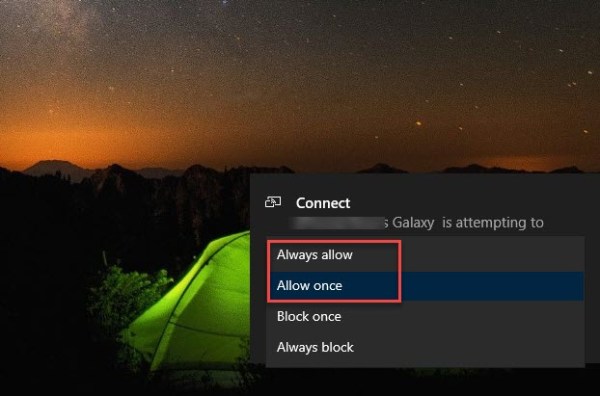 Step 7. Almost immediately, you should see a prompt DESKTOP-XXXXXX is ready for you to connect wireless. 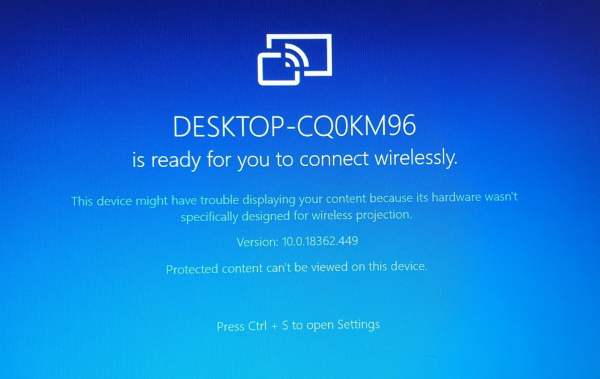 Step 8. Now, you have successfully screen mirrored your Galaxy phone to a PC or laptop in Windows 10. 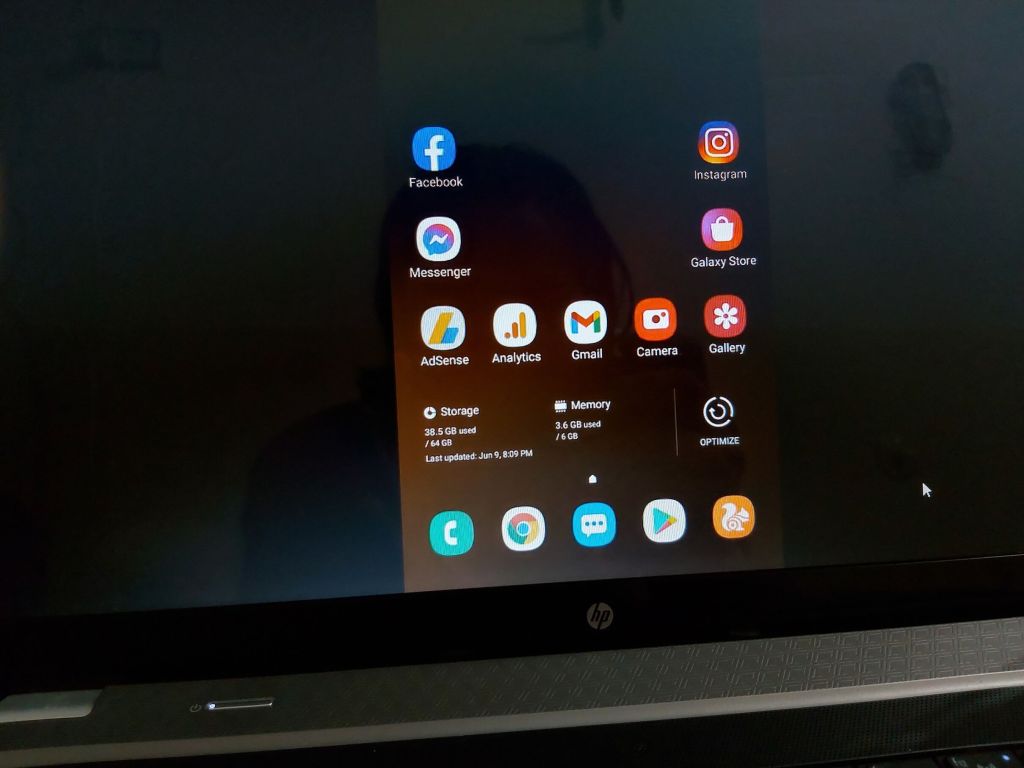 Step 9. If you want to disconnect the screen mirroring session simply tap on the Smart View icon on your Samsung Galaxy smartphone then select Disconnect. 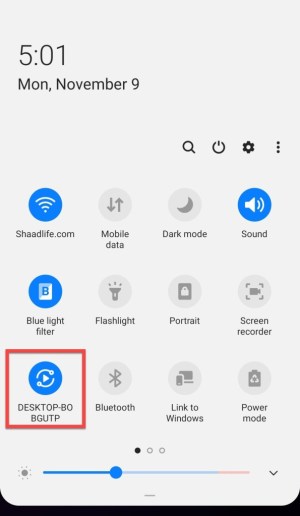 A handset, tablet, or computer’s screen may be wirelessly displayed on another device’s screen using screen mirroring technology. During workshops, presentations, and seminars, screen mirroring is often used to conveniently view related information to those in the room.

The Principles of Screen Mirroring

A receiver is needed for screen mirroring as well. The receiver is where the information you’re attempting to view would end up. Apple TV, Chromecast, and a variety of other hardware receivers are available. There are also software applications, such as Reflector, that turn existing devices, such as a Mac or Windows computer, into powerful receivers.

Depending on the devices that are attempting to connect, screen mirroring links may be formed in a variety of ways. Since different forms of native screen mirroring technologies (such as AirPlay and Google Cast) are used on different devices, compatibility is not necessarily guaranteed. Miracast is available on Windows computers, while AirPlay is available on Apple devices. This prohibits Windows gadgets from linking to Apple TVs wirelessly. Businesses and schools that implement and use a range of system forms face technical difficulties as a result of these obstacles.

So this is how you can screen mirror the Galaxy smartphones to Windows 10 PC and this method doesn’t require any software or apps. You can mirror or cast your Samsung screen to Windows 10 wirelessly. mirror Samsung to windows 10

How to Disable Touchpad in an HP Laptop (Windows 10)

It does not work. Can’t see my pc in smart view. Please help.

Go to the Projecting to this PC option on your Laptop and make sure that Available anywhere is selected.

Turn on the Smart View option on your Samsung Galaxy phone.

So, What’s the problem?

Hello! I can’t get this to work unfortunately. I have my PC set to available anywhere as well. Am I missing something?

Which phone do you use?

use this method first. thats how i got my Samsung tab S7 to connect with my laptop wirelessly using smart view. It really works.

available anywhere isn’t an option on my pc, the only options I have are greyed out

Install Wireless Display on your PC.