How to Show Internet Speed on Windows 10 Taskbar

Meanwhile, not everyone is fortunate enough to have a fast and reliable internet connection. Some of us still have to deal with internet problems on a daily basis, when the internet stops working or the speed dips significantly. It’s unclear whether the problem is with the app or with the network. Internet speed monitor tools, thankfully, come to the rescue.

Moreover, it’s simple to display internet speed on Android smartphones. Most manufacturers include it as a standard feature. In Windows, though, there isn’t a native choice for a net speed meter, so you’ll have to rely on third-party software.

To display internet speed in the taskbar, we’ll use third-party software named NetSpeedMonitor. On your Windows machine, the program will allow you to monitor your actual upload and download speeds.

While it works fine on previous versions of Windows, users of Windows 10 may find it difficult to install and set up the program. We’ve included a step-by-step explanation of how to use NetSpeedMonitor to display internet speed on the taskbar.

The software was created with Windows Vista, XP, and 7 in consideration. That isn’t to say it won’t work in Windows 8 and later. You must run the installer in Compatibility mode to accomplish this. Don’t be concerned. The steps have been described in full.

Step 2. Once downloaded, don’t install it directly. You have to right-click the setup > Properties > Compatibility and check the Compatibility mode for previous versions of Windows. Hit Apply to save changes. 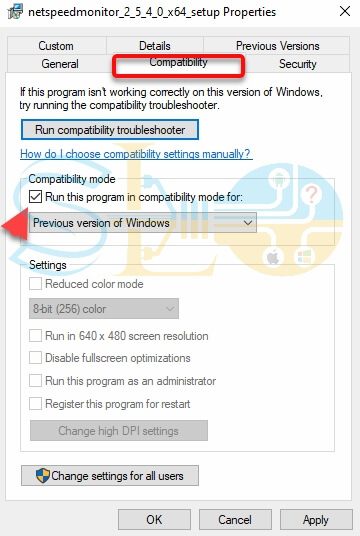 Step 3. You can now double-click the setup file to install the software normally on Windows 10. Follow the on-screen instructions to complete the installation wizard.

Step 4. Once installed, right-click on the taskbar > Toolbars > NetSpeedMonitor. 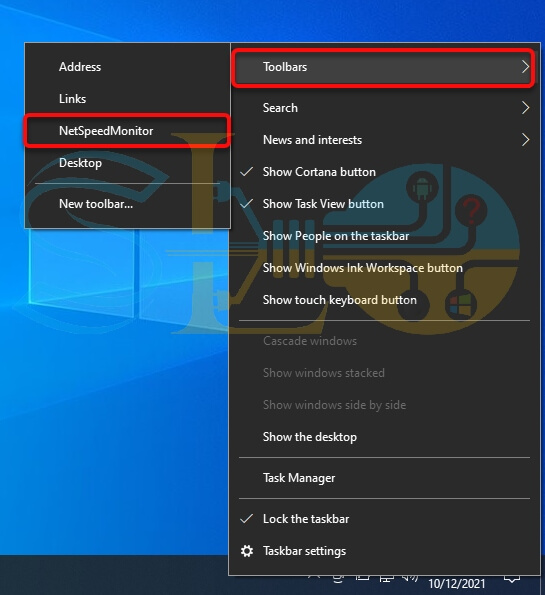 Step 5. As you select it, your internet upload and download speed will automatically start showing in the taskbar at the bottom right. 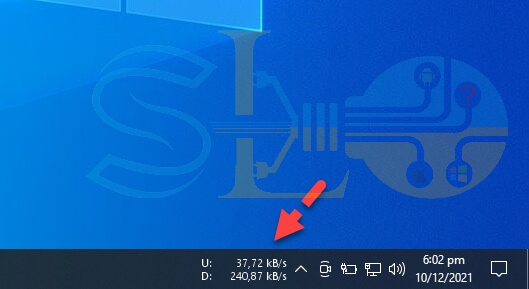 NetSpeedMonitor Not Working in Windows 10

In case the meter is stuck at zero, right-click the meter and select Configuration. 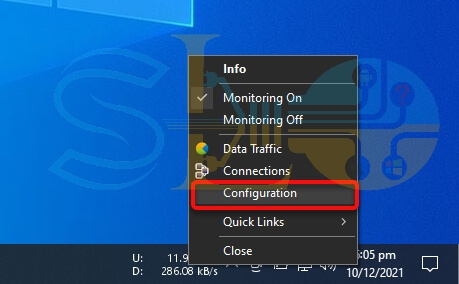 Change the Network interface to a different one in the NetSpeedMonitor panel that appears, then click Ok. Hopefully, the meter is now operational. If it still isn’t functioning, try other interfaces until you find one that does. 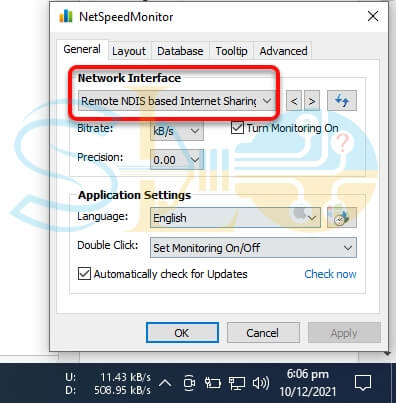 NetSpeedMonitor displays speeds in kB/s by default (Kilobits per second). Through the provided option, you may modify it to KB/s, MB/s, or the Bitrate of your choosing. By double-clicking the internet speed meter in the toolbar, you may also toggle it on or off.

That’s it. These were the steps to show the internet speed meter in Windows 10 taskbar.

How to enable Internet Speed Meter in Windows 11

How to Check Battery Life on Samsung Watch