How to Translate WhatsApp Messages on Samsung Before Sending

If you have a friend from Spain, Italy, or any other country and want to chat with them in their own language on WhatsApp then this guide will be useful for you all. This post will teach you how to translate WhatsApp messages on a Samsung Galaxy phone before sending them.

Today Nearly all smartphones have WhatsApp. WhatsApp is used by almost all users at least once every day. Whatsapp is neither country- nor language-specific. Anyone on the globe may talk with you in whatever language you want. Despite the fact that WhatsApp supports several languages. It lacks a built-in translation feature.

On both iOS and Android, this functionality is absent from the app. A built-in translate function would improve the app’s usability as there are millions of WhatsApp users all over the world. Even if there isn’t a native option, there are still workarounds.

Here’s how to translate text messages on WhatsApp before sending them on a Galaxy phone:

Luckily, the Samsung keyboard has a built-in translation feature. You can use this feature to translate text messages on WhatsApp, Instagram, Facebook Messenger, or any other chatting app.

2. Find any chat that you want to translate your text.

3. Navigate to the Message text box and then tap the 3 dots menu and select Translate. 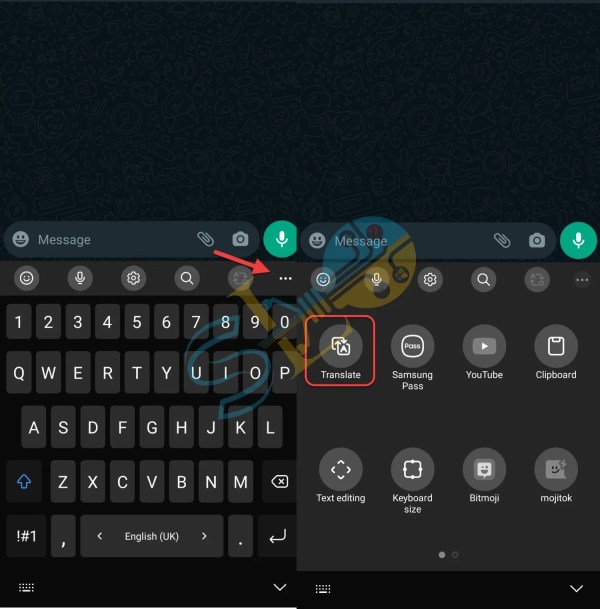 4. Choose your input and output languages. Tap the drop-down menu next to each option and choose your preferred language.

5. Once you’re happy with the languages. Type your message in the Enter text to translate box and then tap the translation button. 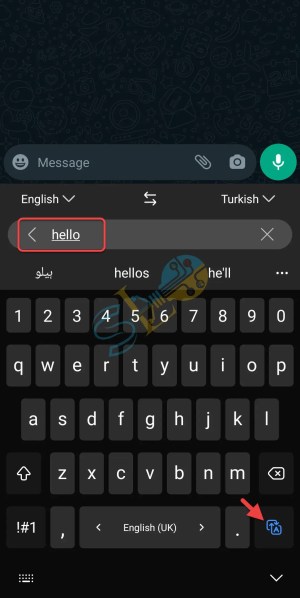 That’s all. This is how you can translate WhatsApp text messages on Samsung Galaxy phones before sending them with third-party applications. Although WhatsApp does not have a built-in translation capability, many users have successfully used other established methods to translate messages quickly and automatically.

How to Make Collage in Gallery Without App on Samsung S22, S21 & etc