Using Boot Camp, a built-in feature that creates a special partition on your Mac so that you can juggle between macOS and Windows (or Linux) on the same system, running Windows on a Mac device has historically been readily available. The ARM-based Macs recently revealed by Apple will not be able to use a Boot Camp scenario to support Windows 10. Parallels Desktop is an option worth exploring whether you intend to run Windows on one of these ARM Macs, or some other Mac. So, in this guide, we will show you how to install Windows 10 on macOS Big Sur without Boot Camp.

Parallels Desktop is one of the most common applications for Mac Virtual Machines. It has been around for a long time and, with support for the new machines and operating systems, is kept up to date.

Before getting started with this guide, make sure you have the minimum requirements for hardware. Here are the hardware system requirements to install Parallels Desktop.

Your Mac operating system should also be no older than four years.

Additionally, your Mac must be able to support Windows 10.

So, without further ado, here’s how to install Windows 10 on macOS Big Sur without Boot Camp via Parallels Desktop:

Windows 10 is Microsoft’s new operating system, which brings back several features missing in previous editions and adds long-awaited features that have been available on rival software for some time now.

One of the key novelties is the introduction of the Start menu to the conventional desktop after it has vanished in Windows 8. From this, you will view most of the installed programs as well as the ‘Live Tiles’ on the Metro desktop, which is another major addition to the operating system: the Windows Store software can now be merged with the standard ones, meaning you can do them in windows.

Another much-anticipated addition is that it is now possible to operate concurrently on several virtual desktops. ‘Task Turn’ has greatly increased flexibility by allowing you to switch from one window and the other, meaning it’s much more fluid to use a lot of apps concurrently. 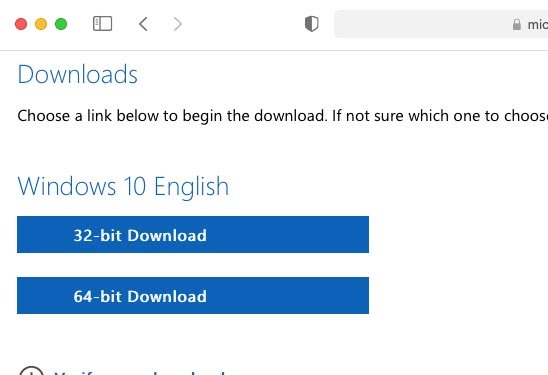 When it comes to providing Windows experience to Mac users, Parallels Desktop 15 is unmatched. The most recent version of the software is compatible with the latest version of macOS, allowing you to emulate Windows XP, 7, 8, and 10 as a guest operating system (although you’ll want to be careful about what you’re doing with them since support for Windows XP and 7 has ended). You can also use Mac and Windows applications side-by-side without rebooting, and provide tools to move files between operating systems quickly, start programs from your Mac dock and access the cloud storage.

There are several other tricks added to the latest version, such as the ability to send email attachments directly from the Finder, sharing screenshots between operating systems, Sidecar and Apple Pencil compatibility, and many other welcome new features.

The app features a quick configuration wizard for beginners and supports DirectX 9 to 11 Retina displays and sophisticated 3D graphics. The operating systems of Linux and Solaris can also be emulated by Comparisons, but the tightest convergence is when combined with the new version of Windows. There’s also a technical version with improved integration, support, and networking options in addition to the standard app, and a corporate version with enterprise-level managers. There are $80 new licenses available, and an update to the current edition costs $40.

Once, you have downloaded Windows 10 ISO file and Parallels Desktop then it’s time to create a new virtual machine. 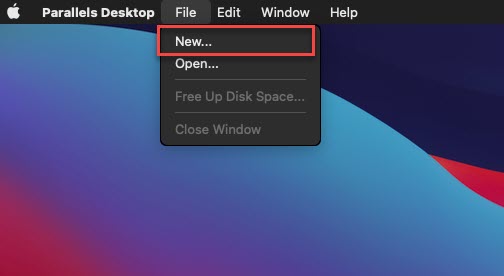 Your computer will start installing your new Windows system. Just follow the on-screen instructions. Once it’s finished installing, just open the app or click the Power button from the list of virtual machines on Parallels to launch Windows.

Finally, you have successfully installed Windows 10 on Mac via Parallels Desktop.

That’s it. This is how you can install Windows 10 on macOS Big Sur via Parallels Desktop virtual machine. Apple’s newly released ARM-based Macs won’t be able to support Windows 10 with a Boot Camp scenario. Parallels Desktop is an option worth exploring whether you intend to run Windows on one of these ARM Macs, or some other Mac.

How to Set macOS-like Dynamic Wallpapers in Windows 10