Home Android How to Change Date of a Photo on Samsung (One UI 4.0) Android 12
AndroidHow To

Meanwhile, Google Photos was recently rumored to have included the option to adjust the date and time of a photograph, and it appears that Samsung was inspired to make modifications to its own gallery software. Samsung has now added the same capability to its Gallery app with the second Android 12 beta version, allowing users to alter the date and time.

A few days ago, Google published the Android 12 OS for AOSP. Samsung, OnePlus, OPPO, and more companies have already started rolling out Android 12 beta updates to their devices.

However, this Gallery feature, like most of the new features in One UI 4.0, is quite simple, but it should still be useful for those that require it. At the moment, the redesigned Gallery app is only accessible on the One UI 4.0 beta and hasn’t been sent out as an update to devices running Android 11 or older, but we expect that to change shortly.

How to Change Date of a Photo on Samsung Phones

It’s worth noting that altering the date and time in this portion of the gallery app will only affect the data within the app. The EXIF data will not be altered as a result of this functionality. If you look at the photo or video in a different gallery or on a different device, you’ll see the original, unmodified date and time information. While that constraint may make it worthless for some, it’s still a useful feature because it allows you to organize images in the gallery by date and time.

So, here are the steps to change the date of a photo on Samsung phones running on One UI 4.1 based on Android 12:

Step 1. Go to the Gallery app on your Galaxy phone and then open the photo that you want to change the date for. 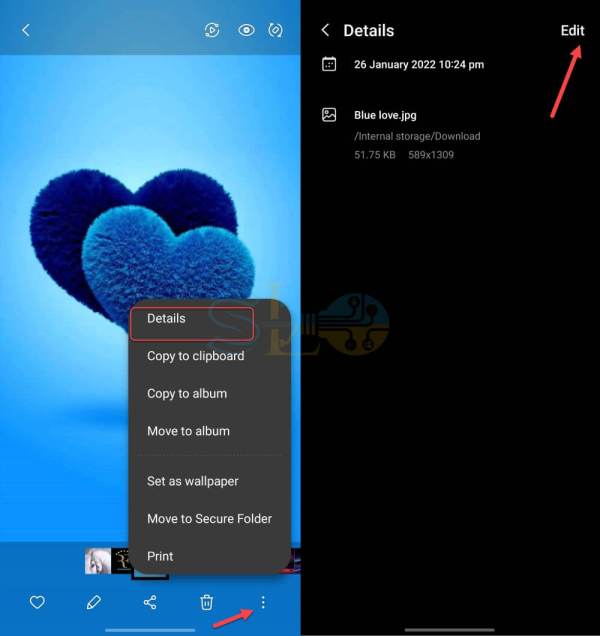 Step 5. Finally, tap the Date menu and set a new date for your photo. Meanwhile, you can also adjust the time of a photo on your Galaxy phone. When finished, tap Done. 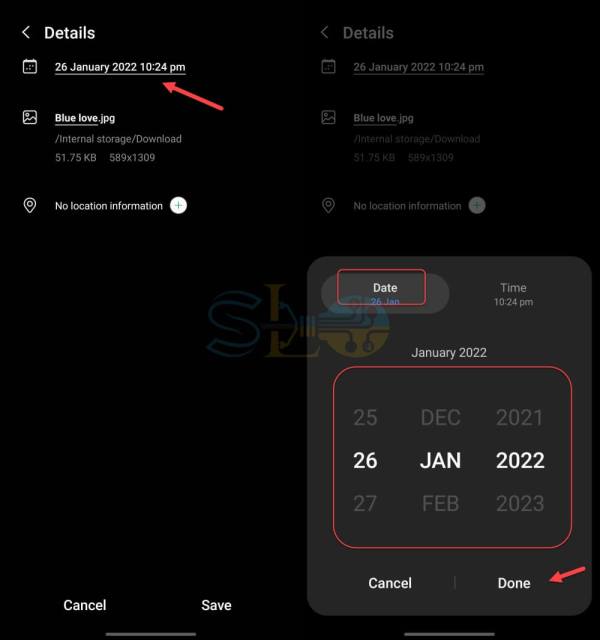 Change Date of a Photo on Samsung

That’s it. These were the steps to change the date of a photo on a Samsung Galaxy phone on Android 12. In addition to the ability to alter the metadata of images in the Samsung Gallery app, one minor adjustment has been made to the Create menu.

When you use the Create menu to pick numerous photographs, the latest version of the Samsung Gallery app displays the available selections as tiles. Previously, the selections were shown as a list. However, it will now display them as tiles, each with a brief description of what they perform. Finally, the ability to modify accent colors has been eliminated from the Labs menu.

How to Change App Icon in OPPO Phones

How to Get Water out of Samsung speaker?