Do you want to draw perfect shapes like squares, circles, or an arrow on your photos on your iPhone? This post will show you how to draw a perfect shape on screenshots or photos on iOS 16 on iPhone.

Meanwhile, on our iPhones, we have entirely too many pictures and screenshots stored and before we share them with friends and family, we like to highlight specific aspects of many of them, notable screenshots of amusing tweets, crucial text messages, or intriguing snippets from internet articles.

My lines, circles, and squares are often all very lousy because it’s difficult to draw correctly with your finger on a relatively small phone screen, but what can you do?

The Markup picture editor for iOS has a secret function that lets you improve your sketchy drawings into attractive shapes, so it turns out there is something you can do. And at least since iOS 15, it has existed.

Here’s how you can draw a perfect shape on photos or screenshots on iOS 16 iPhone:

How to Draw a Shape on Screenshots on iPhone (iOS 16)

Annotations that are hand-drawn on a screen are never perfect and sometimes come out appearing scrawly and downright awful. Their appearance will be stunning and expert thanks to our iOS 16 hack.

How to Draw Perfect Shapes in Markup (Screenshots)

1. Take a screenshot on your iPhone.

2. Once the screenshot is taken tap on it to edit. 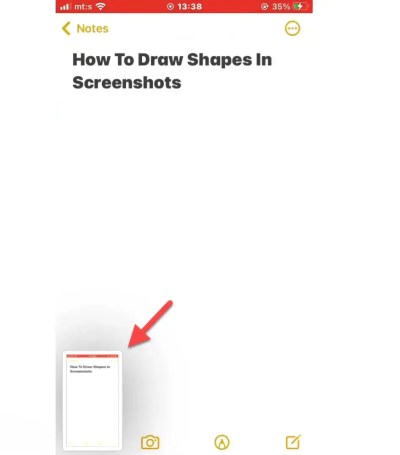 Tap on the Screenshot

3. Tap the Markup tool and select the pencil size and color. 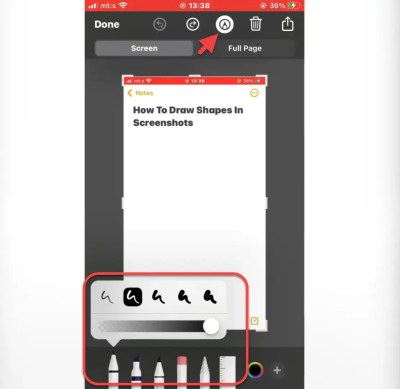 4. Draw the shape you want to make as usual. Don’t lift your finger off the screen. 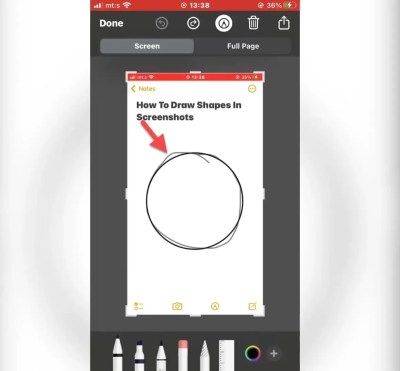 5. After you’re done, keep holding your finger down on the screen, and iOS 16 will instantly change your circle or shape. 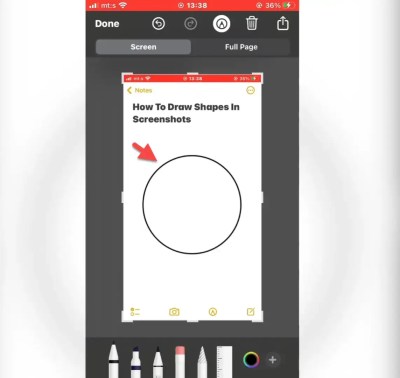 Draw a Perfect Shape on Screenshots on iPhone

6. Once you’re finished crafting your perfect shapes, hit Done to save them onto your screenshot. And that’s it!

This feature works with several shapes, including:

How to Draw Perfect Shapes on a Photo

Draw Perfect Shapes on a Photo

That’s all. This is how you can draw a perfect shape on a photo or screenshot on iOS 16 iPhone.

How to Put Home Button on iPhone 14 Models Screen

How to Display Text or Computer Name on Windows 11 Taskbar

How to Make Windows 11 Taskbar Color Black in 2023