How to Remove Duplicate Photos from iPhone Gallery [iOS 16]

Do you want to merge duplicate images on your iPhone? Luckily, with the iOS 16 update, you can quickly remove duplicate photos from the iPhone gallery on iOS 16.

Along with the simplicity of taking quite high-quality photos with an iPhone, it’s simple to allow our photo library to fill up with numerous pictures, some of which may be duplicates.

The best option up until now has been to try and stop duplication by using third-party software, but that may be a complicated process with costly applications or apps that might not function as well as advertised, etc.

The iPhone 14 and Apple’s significant impending software upgrade are both anticipated to be released somewhere in mid-September, but developers and ardent fans may already download the software through Apple’s beta program.

Big improvements to the software include a more customizable lock screen, the ability to edit and unsend text messages, and a new on-device dictation system. However, there are many other smaller additions and refinements that Apple didn’t mention on the day it was unveiled.

Duplicate images and videos are at issue, notably with the Photos app. We all have duplicate photos in our picture libraries, and they eat up important space both on our devices and in iCloud. This may be because we double-screenshot a particularly interesting discussion or saved an image on WhatsApp without realizing it had already been uploaded to the Photos app.

With iOS 16, Apple now provides a built-in tool that is incredibly simple to use for finding and deleting duplicate iPhone images.

“Merging” creates a single, high-quality photo from pertinent information like captions, keywords, and likes. The merged photo is added to albums that have duplicates that have been combined.

Apple adds that if you wish to see what’s being deleted or retrieve any photos, the deleted duplicates will appear in the Recently Deleted album.

Here’s how you can get rid of duplicate photos on iPhone running iOS 16:

1. Open the Photos app on your iPhone.

2. Tap Albums at the bottom of the screen. 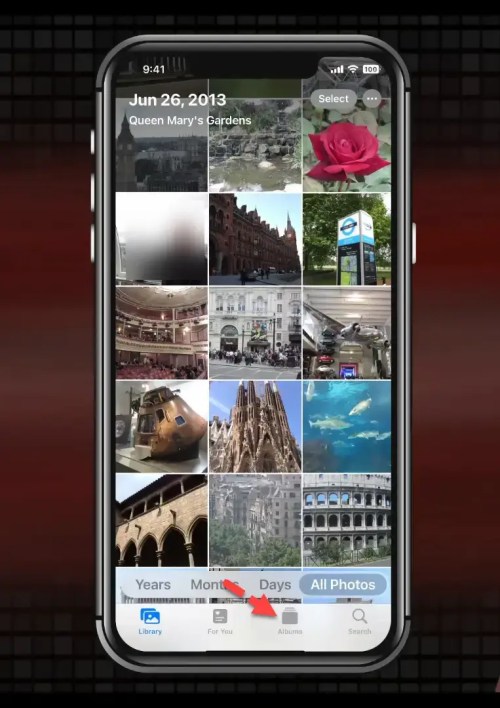 3. In Albums, scroll down to the section titled Utilities. Under the Utilities section, select Duplicates. 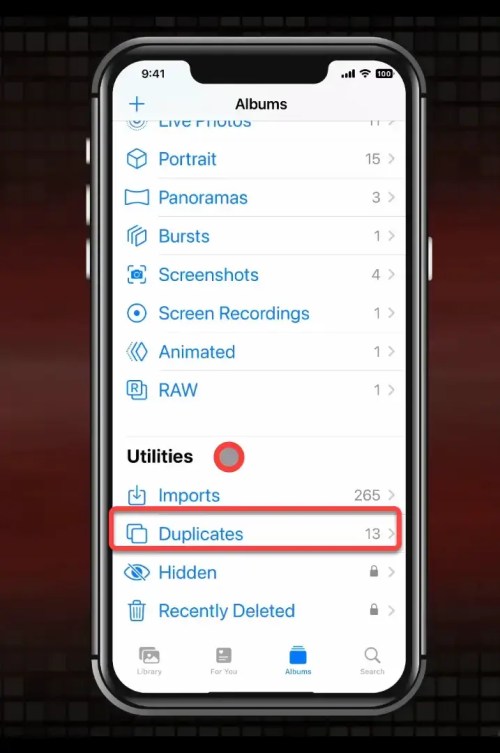 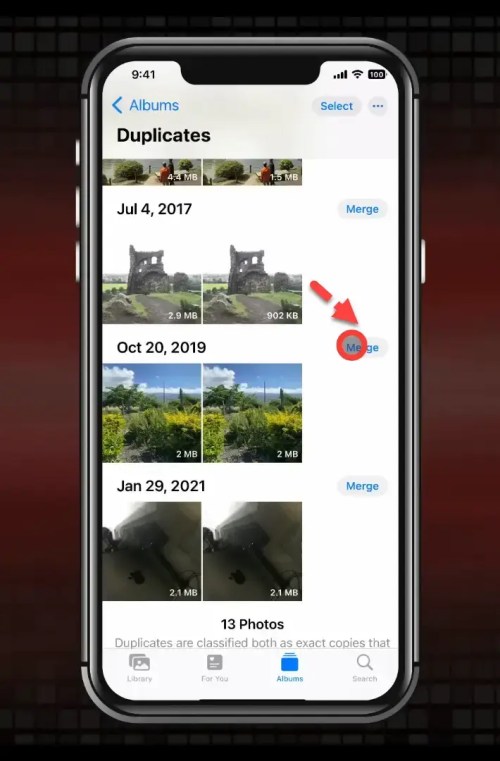 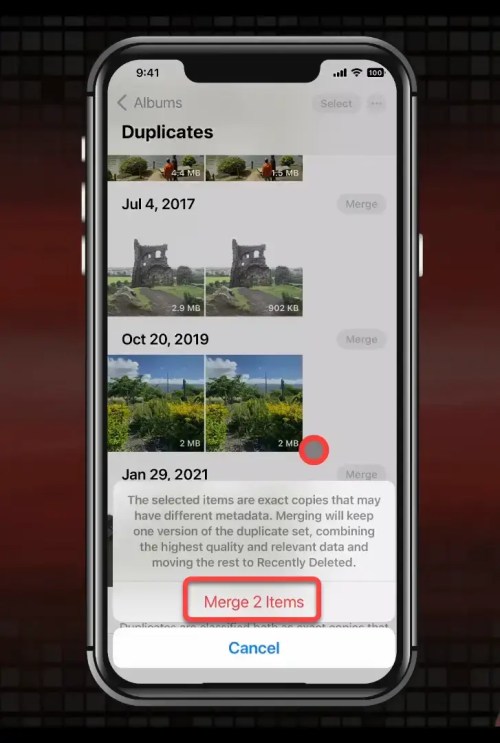 Remove Duplicate Photos from the iPhone

How to Make iPhone Screen Darker Without Zoom in iOS 16