Home Android How to Setup Dual Messenger on S10, S9, Note 9 & 10 to Use Two WhatsApp, Facebook & Viber
AndroidHow To

In this guide, you will learn how to set up and use dual messenger on Samsung Galaxy S10, S9, Note 9, Note 10 other Galaxy devices running on Android 10. Though Dual Messenger was first launched on Android 7.0 and the process isn’t much different on Android 8, Android Pie or Android 10. Samsung’s Dual Messenger feature can be very handy, especially if you’re looking for ways to connect a second account like Facebook, WhatsApp, Viber or Telegram on your Galaxy S10 or Note 10.

What is Dual Messenger?

Dual messenger is a useful feature and is available on most of the Galaxy smartphones especially S and Note series. Dual Messenger feature lets you use two separate accounts with one chat app. It means that you can keep your work and home accounts separate, but on the same device.

Furthermore, Dual Messenger supports only specific models and apps. Once this function is enabled, you will be able to send and receive messages to/from either of the two active app accounts based on your preferences. A second device icon will appear on the Home screen for ease of navigation.

Note: While Dual Messenger sets up a second iteration of the messaging app, it does not allow any further security. If you can’t find the above option on your phone, then your device might not be compatible with the Dual Messenger feature.

Step 1. Go to the Settings app on your Samsung’s home page. 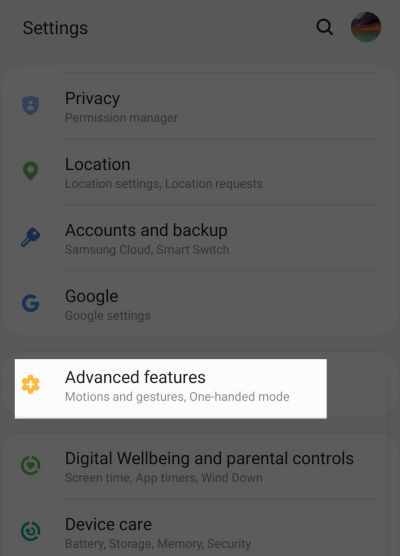 Step 4. list of applications that are compatible with Dual Messenger will be shown. Now, tap the switch next to your preferred app to use as a separate account. 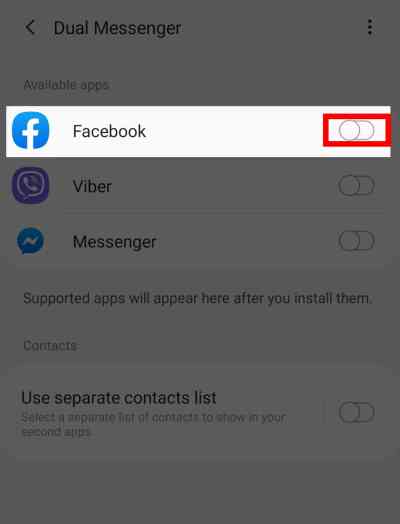 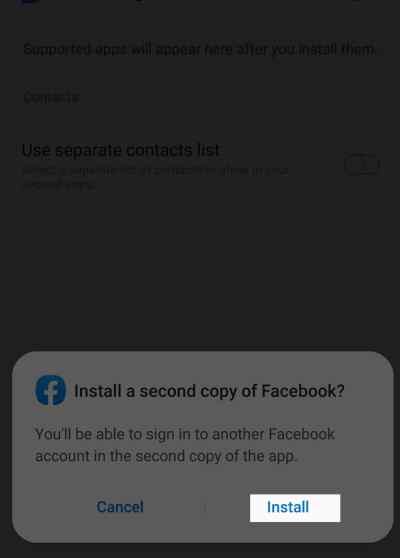 Step 6. Your second app will be installed and the second icon will have the Dual Messenger symbol on the lower right side of the icon. 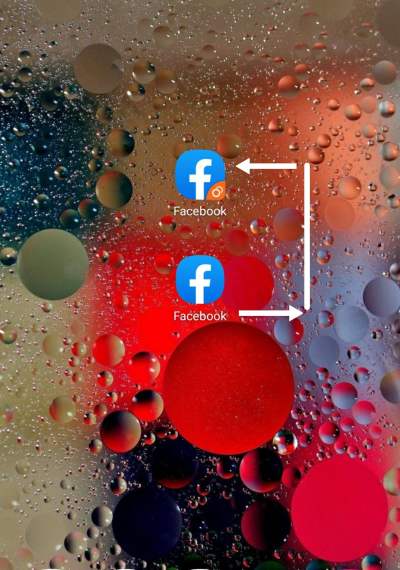 Step 8. Turn off the Use separate contacts list option to use same contacts for the first and second app.

Well, when you enable the Dual Messenger option on your preferred app on your Samsung phone then the second app icon will appear on your home screen. If you don’t want to use the second app anymore you can uninstall it like other apps or you can navigate to Settings > Advanced features > Dual Messenger > tap the switch next to the app > select Uninstall. 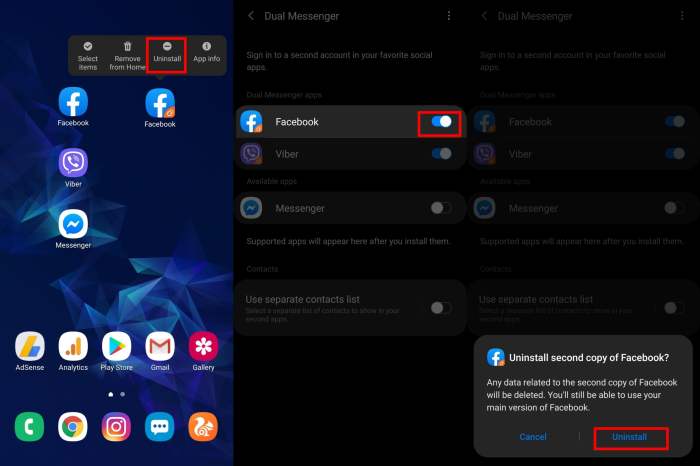