How to Eject Water from Galaxy Watch Active2

Meanwhile, the Samsung Galaxy Watch Active 2 is a little improvement over its predecessor, which debuted in early 2020 but lacked the rotating bezel that made its beefier sister, the Samsung Galaxy Watch, so popular. The improved version of Samsung’s athletic wristwatch, however, adds a digital bezel and a few other features to make it the company’s greatest wearable.

However, the Active 2’s resemblance to its predecessor is arguably for the best: the Active 2 maintains the thinner, more basic, and contemporary design of its predecessor. It’s almost likely a more attractive design than the Galaxy Watch’s girthy shape, which is more comparable to conventional watches’ more masculine look. For more visit here.

What exactly is Water Lock Mode?

Step 1. Go to the Home screen of your watch by pressing the menu key at the bottom

Step 3. Scroll down and tap Advanced.

Step 7. Wait for the process to be completed. 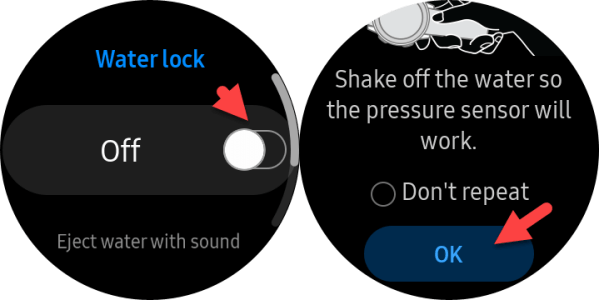 Press and hold the Galaxy Watch’s Home Button for 2 seconds to turn off water lock mode. After deactivating it, the wristwatch will play a sound that will cause its speakers to shake and water to leak from the speaker grill. When your smartwatch becomes wet, Samsung suggests shaking it carefully to remove any water before using it.

That’s it. These were the steps to eject water from Samsung Galaxy Watch Active2.

How to Use Grammarly with Samsung Keyboard (Android 12)

How to Turn Off the Save Video Option on TikTok Videos