Just like Windows’s taskbar and Mac’s Dock, now the Galaxy devices like Z Fold, Z Flip and Galaxy Tab are getting the taskbar feature. So, in this guide, we’ll show you how to enable/disable the taskbar on Galaxy Tab, Z Flip 4, and Z Fold 4 on One UI 4.1.1 based on Android 12L.

On your eligible Galaxy devices, the Taskbar provides you with a true PC-like experience! You can easily access the applications you use the most thanks to their location across the bottom of your screen. This means that if you want to open your preferred social network app or send a text to your closest buddy, you won’t ever have to trawl through the Apps screen again. Additionally, you may start programs in Multi window view and instantly link apps using the Taskbar.

If you utilize third-party launchers, Samsung removes the taskbar on Android 12L. 9to5 When using third-party launchers like Nova Launcher and Niagara on a Galaxy Z Fold 4 or Galaxy Tab S8 running Android 12L, Google discovered that the setting to activate the taskbar is greyed out. Although there is a workaround, the business appears to have a good cause for removing the function.

To enhance the Android experience on large-screen devices like tablets and foldable, Google unveiled Android 12L last year. It adds a number of additional features made specifically for wide screens, such as a persistent taskbar. You may rapidly switch between your frequently used programs by pinning them to the taskbar’s bottom-of-the-screen location. This makes it easier to multitask.

What is Android 12L?

At its annual Android Developer Summit, Google revealed Android 12L, an updated version of its smartphone operating system. This is the most recent developer preview of Android 12, which was made stable lately with the release of the Pixel 6 and Pixel 6 Pro by the business. This version includes minor adjustments and, as Google said, is a “feature drop” for ChromeOS-compatible foldable, tablets, and other hardware.

How to Enable/Disable Taskbar on Galaxy Foldable and Tabs

Though this feature is turned on by default. However, if it’s turned off then here’s how you can enable it again: 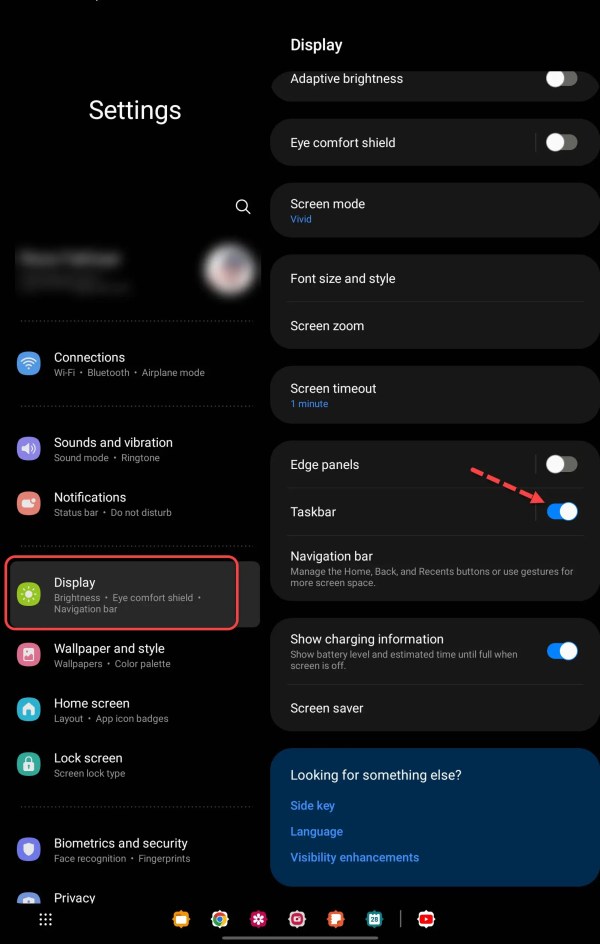 How to Hide and Show Taskbar

However, if you don’t like the taskbar to be shown always, you can hide it and show it with just one tap:

Go to the Settings app.

Select Display on the left side and tap the Taskbar text itself.

Finally, turn on the Show and hide with touch and hold. 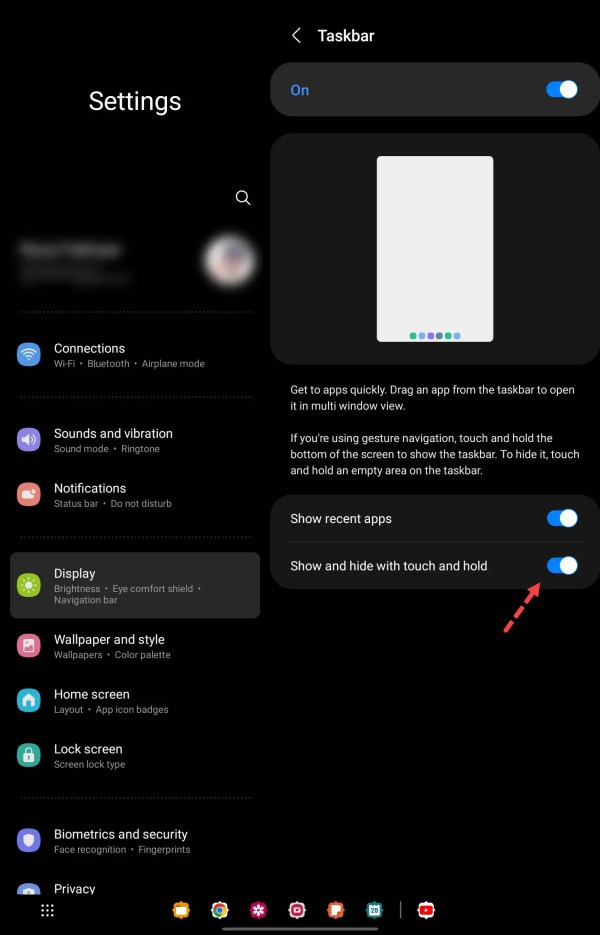 Show and hide with touch and hold

Once enabled, simply touch and hold on to the taskbar to show and disable it.

How to Disable Taskbar on Galaxy Tab and Foldables 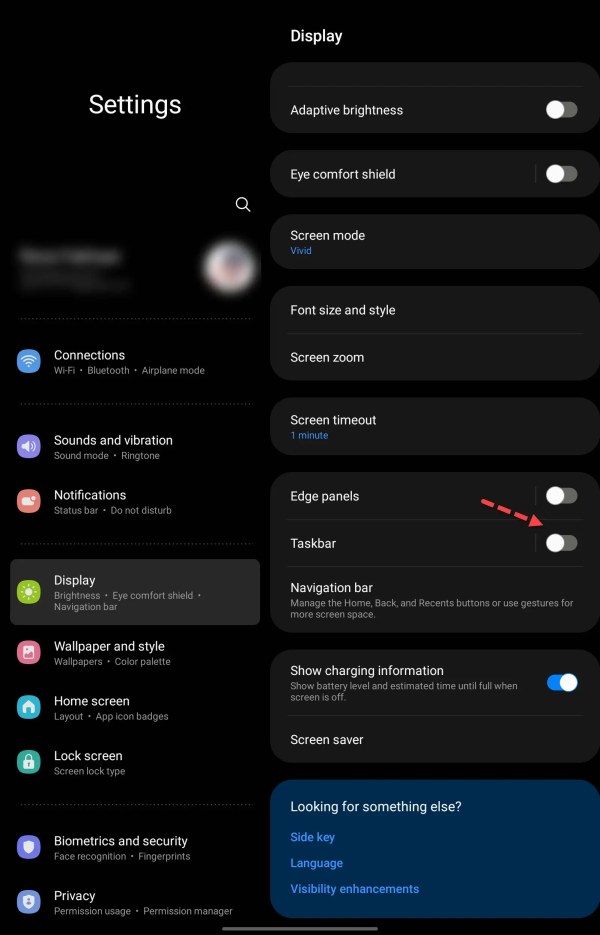 That’s it. This is how you can enable/disable the taskbar on Samsung Galaxy Foldables on Galaxy Tab S8, S7, and others on Android 12L.

How to Disable RAM Plus on Samsung One UI 5.0

How to Change the Screen Resolution on Samsung (Android 11/12)