Do you want to take advantage of the bigger Galaxy phone screen? As you all know most of the new Galaxy smartphones are more than 6 inches and above. However, if you’re a multitasking person then why not use split screen mode on your Galaxy phone? In simple words. you can use 2 apps on the same screen. So, in this guide, you’ll learn how to split screen in Samsung Galaxy devices running on One UI 4.1 based on Android 12.

In the meantime, most modern Android phones, including the Samsung Galaxy, from a variety of manufacturers now allow you to run applications in split-screen mode, allowing you to use and view them both at the same time. The split screen mode is also simple to use.

Running apps in split screen mode, on the other hand, might drain your battery faster than running them normally. Not all programs, such as games, can be launched in split screen mode; those that require the whole screen to work will not give you the choice.

There are instances when you wish to run two (or more) apps on your smartphone at the same time. Instead of switching between programs, Android includes a split-screen option that allows you to watch two apps side by side on your screen. When shopping for a product on Amazon while checking email or viewing a YouTube video while searching for a location on Google Maps, the split-screen mode comes in useful.

How to Split Screen in Samsung (Android 12)

So, here are the steps to use split screen mode on a Samsung phone.

Note: Not all applications will support Split Screen View.

Step 1. Tap the recent key button, which is represented by three vertical lines in a square shape on your home screen.

Step 2. This will bring up the recently used apps. Find the app you want to use on the split screen. Tap and hold on to it (icon) and select Open in split screen view. 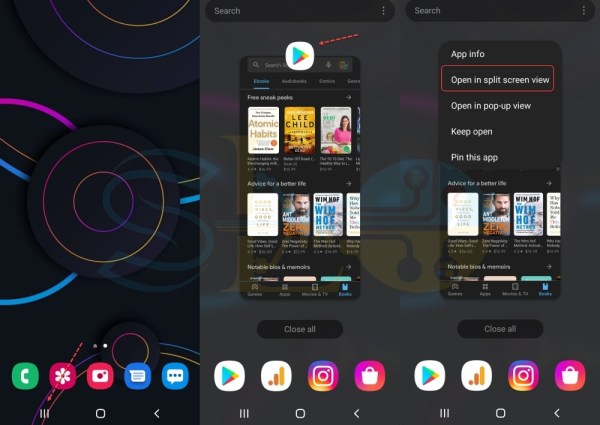 Step 3. From the bottom screen, tap on the other app you want to use on the split screen.

Step 4. Your apps will now appear in split screen mode. 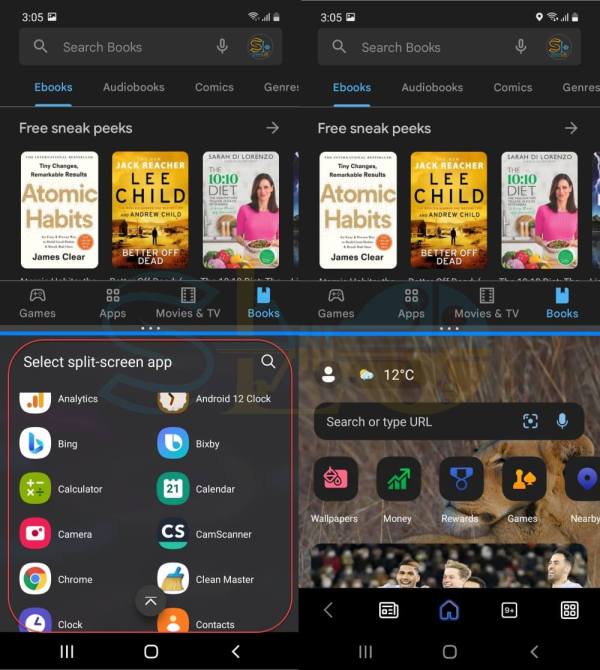 Step 5. You can also adjust the size of the screen for both opened apps in split screen mode. Simply, hold down the blue line on the bottom and then drag it up or down as per your wish.

Adjust the size of the screen

Step 6. To end the split screen mode, tap the recent key and then select Close all. 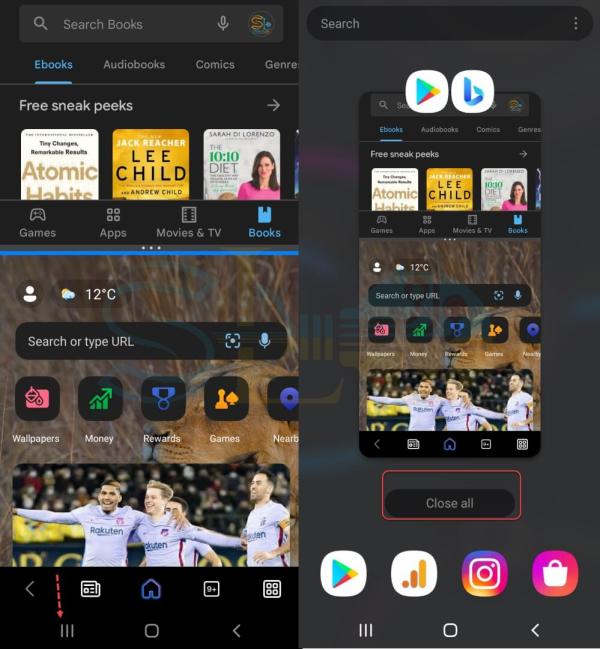 That’s it. These were the steps to use split screen mode on Samsung Galaxy devices. The split screen mode is best for those who like multitasking and then easily use two apps at the same time. Remember that all apps are not compatible.

How to Capture Scrolling Screenshot on Samsung Phones (Android 11)

[…] Also Read: How to Use Split Screen Mode on Android Phone […]

[…] Well, one of the best features on Android is Split-screen mode, which absolutely beneficial for multitasking. But when you’re using two apps at the same time and want to copy texts from one screen to another screen. To know more about Split Screen read this: How to Use Split Screen Mode on Android Phone. […]