How to Take a Picture from a Video on Samsung

Meanwhile, a video is essentially a slideshow of photographs played at an extremely high pace, giving the impression that the items are moving. It’s preferable to make a movie than to take a single photograph. The benefit of a video is that it can also be used to extract a still image.

However, you may have noticed that still images recorded from a video appear better than individual photographs. Have you ever seen a stopped photo of a person strolling in slow motion? It appears to be really amazing and cinematic. Let’s say you’ve filmed a video and you like a certain view that you’d want to utilize as a background picture.

Fortunately, there are several methods for capturing a still image from a video. This is also possible with an Android phone. You may post-process and modify the image as you like because it will be in full HQ (high-quality) resolution. There are several applications for taking a still picture from video on Android (Samsung).

How to Take a Picture from a Video on Samsung Galaxy

So, if you want to extract frames from a video on Android (Samsung) then here are the 2 best methods:

The gallery app on most Android devices has a built-in function that allows you to grab a still image from a video. In addition, the Samsung Gallery app has this function. Here’s what you should do.

Another way to take a screenshot on a Samsung phone is to use the PLAYit video player. PLAYit is a powerful video player for Android that allows you to view virtually any video or movie. And you may accomplish it fast and easily, without sacrificing the multimedia content’s quality.

AVI, 3GP, M4V, MOV, MP4, WMV, RMVB, MKV, TS, MPG, and FLV are among the most common video formats supported by the program. You simply need to choose any video from your device and view it on your phone’s screen.

PLAYit – HD Video Player – All Format Video Player has an intriguing function that allows you to capture screenshots of your favorite moments in the video you’re viewing and store them in your image gallery. You may also see the video in full-screen or small-screen mode, as well as see all of the details about the file you’re now viewing. You may also adjust the video’s brightness and volume, as well as place it in slow or rapid motion. 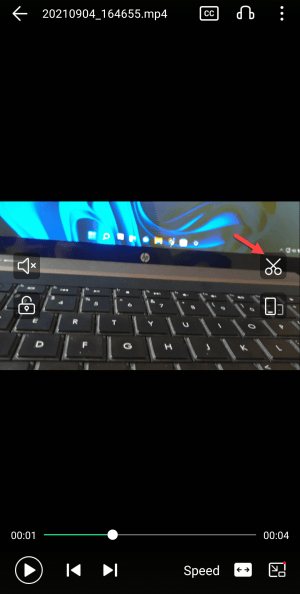 App to Take Pictures from Video on Android

A few third-party Android applications exist that allow you to extract still pictures from a recorded video. We’ve chosen three that do it brilliantly in this post.

Video to Photo Frame Grabber is a basic program that is an old-timer in this sector, as its name suggests. This app’s main feature is that it can extract many frames from a single video.

The program offers an easy-to-use UI. To do so, just choose the movie from your library and press the Camera button in the bottom-left corner. The picture may take a few moments to display. You may also zoom in on a certain subject and pick the region of the shot. 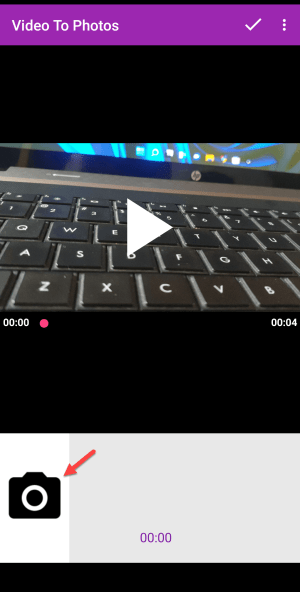 App to Take Pictures from Video on Android

So, these were the 2 methods to take or get a picture from a video on the Samsung Galaxy phone.

How Do I Lock Windows 11 Computer When Away

How to Register IDM Permanently in Windows 11/10