How to Turn on Samsung developer mode (Options) on Android 12

Do you want to enable or unlock the Developer Options on your Samsung Galaxy S22, S21, or other Galaxy phones? Then you found the best place. IN this guide, you’ll learn how to turn on Samsung developer mode on Android 12.

Meanwhile, “Developer Option“‘ is a menu of options in your Android phone’s settings that few people are familiar with. Although most of these tools are only used by professional developers, learning how to use developer settings on Android to your advantage will help you get the most out of your phone. The developer settings menu has a lot of tools and choices, which might make this process a bit complicated at first, but it’s simple once you get the feel of it.

What are developer options?

On Android smartphones, developer options are a set of tools that allow users to customize system behavior. These developer settings are hidden by default on Android devices since they were created for those who want to explore extra options that might affect a phone’s performance. Casual users, on the other hand, may use Android developer settings to unlock the bootloader, change the animation speed, and create a desktop backup password, to name a few.

How do I turn my Samsung developer mode on? (Android 12)

The Samsung Galaxy phones, like other Android phones, include a secret menu known as developer options or developer mode. When you activate it, you’ll be able to see and utilize a variety of additional choices and capabilities intended for sophisticated users such as software engineers.

Enabling some of the secret capabilities in the developer settings menu is also recommended for particular tasks such as file transfer via USB, Bluetooth pairing modifications, screen animations, and more.

So, here are the steps to turn or enable the developer options (mode) on Samsung Galaxy running on Android 12:

Note: The steps are the same for Android 11, Android 10, or even the earlier versions on Samsung phones.

1. Go to the Settings app, scroll down all the way and select About phone. 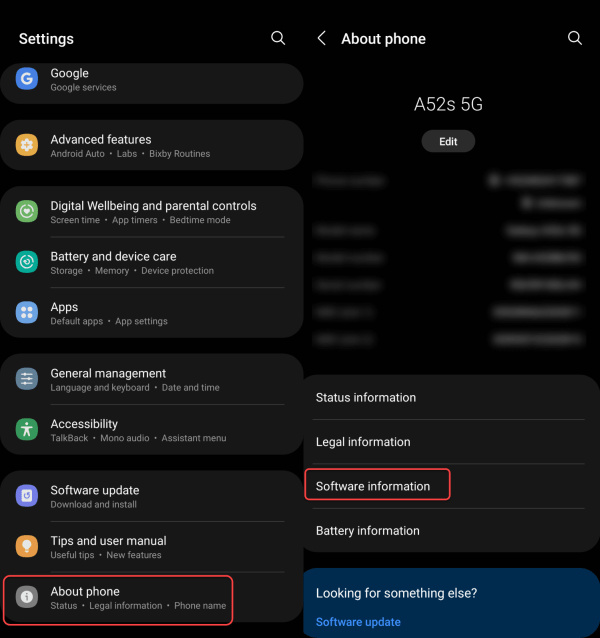 3. On the Software information page, find the Build number. Seven (7) times, tap Build Number. After a few touches, the steps should start counting down until you unlock the developer choices. You may also be required to enter your PIN for verification.

4. When you enable developer options (mode), you will get a notification that says, “Developer mode has been enabled.” 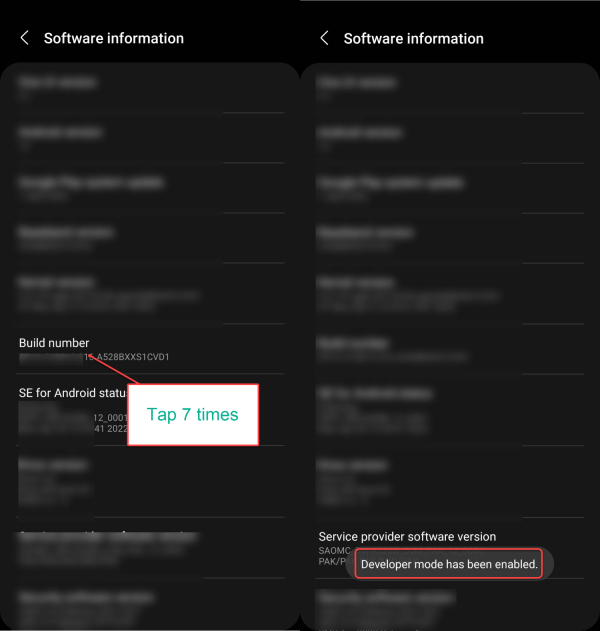 Developer mode has been enabled

5. When enabled, head to the Settings screen and you’ll notice the Developer options at the bottom of the page.

On any Android smartphone or tablet, locate the build number in the Settings menu and press it several times to unlock the developer options. However, depending on the manufacturer of your phone, the actual placement of the aforementioned build number may change.

How do I get rid of developer options?

It’s easy to turn off the Developer option on Samsung phones. 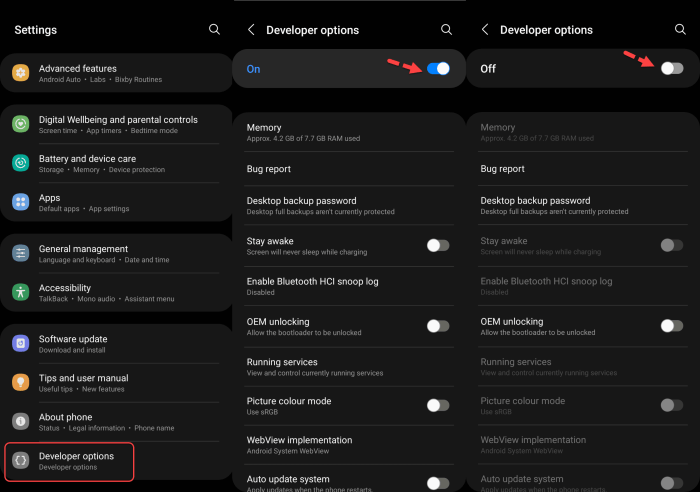 get rid of developer options

That’s it. These were the steps to turn on Samsung developer mode on Android 12. However, the steps are the same for Android 11, Android 10, or even earlier versions.

How to Use Spot Color on Samsung Phone

How to Lock Facebook Profile on Android, iOS & PC

[…] How to Change the WiFi password on Tenda Router. however, in this article, we will show you how to change the password on a Tenda wireless router. But, before moving to our main topic, let’s know about Tenda, Tenda router is the world’s best WiFi router. Moreover, Tenda technology is a famous brand in today’s technology world, established in 1999. Tenda mainly produces home and business networking, Mobile Broadbands, Switches, Powerlines, Broadband CPE, Gateways and, IP cameras. Top-quality products, excellent performance and, reliability has been Tenda’s hallmark. How to Enable and Disable The Android Developer Options with basic benefits of Developer Options […]