Home Android Samsung My Files App Gets Trash Bin Feature With Android 10 (One UI 2.0)
AndroidHow To

Samsung My Files App Gets Trash Bin Feature With Android 10 (One UI 2.0)

In this post, we will show how to find a trash/Recycle bin for my files app and also we will mention some of the key features of Samsung One UI 2.0 (Android 10) features. Well, Samsung has brought some minor changes to it’s One UI 2.0 ( Android 10) and one of them is a trash bin for My Files app which is a good feature to have especially for the My Files app.

Previously, in One UI 1.0 (Android Pie) we noticed the trash bin feature for the gallery apps only but the trash bin has been added to the My Files app also. my files trash one UI 2.0

One UI 2.0 will make its way to all Samsung devices that will get Android 10 upgrades. One UI itself was Samsung’s huge UI / UX upgrade and introduced a polish that was previously missing from the company’s devices. In one UI 2.0, Samsung is further polishing its skin while adding some useful features to it. my files trash one UI 2.0

As you all know that Samsung’s Android Pie (One UI) smartphones have built-in Recycle bin functionality for the album. It functions like the bin in Google Photos or recently deleted choice on Huawei’s flagship devices. You will restore deleted images and videos within 15 days. Both presses will be permanently deleted after it has been allotted 15 days. Fortunately, with Samsung One UI 2.0 the trash bin features have been added to the My File app as well. Here’s how you can find it:

So if you delete something by mistake from My File app, you can go to trash and restore that file(s).

OneUI 2.0 arrives at the One UI 1.0 with a lot of changes. It also adapts several new options at the same time. Below is a complete list in Samsung’s most awaited Android 10 features of OneUI 2.0:

Samsung added a dark native mode to One UI almost a year before Google added it to Android 10. Samsung, however, named it Night mode instead of Dark mode for some strange reason. Samsung has switched Night mode to Dark mode with the One UI 2.0 update, in line with what it is called by Google and Apple.

Due to One UI 2.0, features exclusive to the Galaxy Note series finally reach their siblings as well. One of these is video recording with support for annotation and the ability to include front-facing camera images in the recording as well. It also includes microphone media effects.

You probably hate the new gesture to allow you to use it when you are using a one-handed mode on your Galaxy S10 phone. You can no longer scroll into a handed mode from the left or the right edge of the screen. The bottom middle of the screen must be slide to the bottom of the screen.

One UI 2.0 comes with new device animations that are much more dynamic in nature. Dynamic animations actually help to add a degree of smoothness to Samsung’s UI / UX that can compete with iOS. The jank that was commonly found in Samsung’s smartphones due to grim animations is nowhere to be found in One UI 2.0. Right from the new app opening animation to the app switcher one, every new animation has been thoughtfully designed by Samsung, and they don’t feel like it’s just for the sake of it. my files trash one UI 2.0 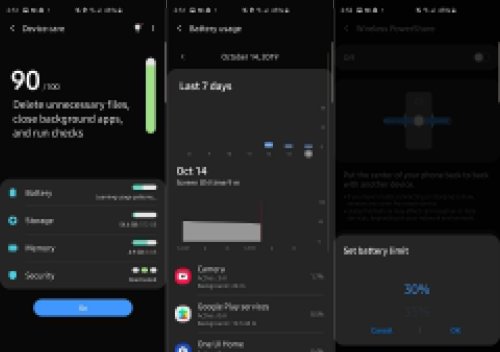 The Device Care section has undergone a Software update in One UI 2.0. It now shows all relevant information in an easy-to-understand UI. A new Interface is also available on the battery use monitor, offering more insight into app usage and battery use over a week, although this functionality is part of Android 10. 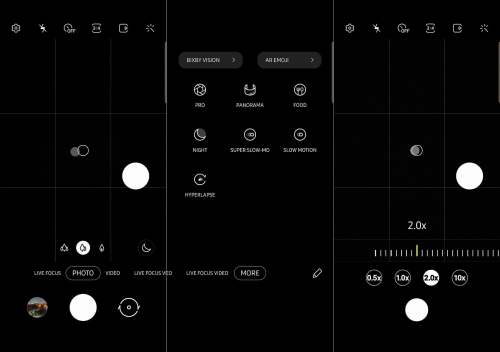 As part of the One UI 2.0 update, the Camera app has again received a slight redesign. In addition to new UI elements, Samsung now hides under the More tab all available camera modes, giving the app a cleaner look. EOLBREAK You have the option to customize the list of modes shown above the shutter button to display those you want to use more and to cover others. my files trash one UI 2.0

So this post was about a new trash feature for My Files app and also we mentioned some of the Samsung One UI 2.0 features as well. Overall, in Samsung One UI 2.0 (Android 10) we will witness some brand new features like enhanced dark mode, native screen recording, new animations, redesigned camera UI and many more. But the one thing which is good is the trash feature included in My File app, which can be quite helpful if you delete photos, videos or documents because you can restore it later. my files trash one UI 2.0