How to Take Screenshot on Samsung Galaxy Watch Active2

Meanwhile, Samsung’s smartwatches are getting more premium with every update they get every month. The company has always tried to do its best to add new features to the wearables, and the previous software update was one of them. Good night mode, Bixby, new app tray, low heart rate, Breath Guide, and enhanced Samsung Health are some notable improvements to be listed here. Now with Samsung’s smartwatches, we can do more than we thought, and it’s possible to take screenshots.

Galaxy watches Active2 comes in two sizes, a 40-millimeter case, and a 44-mm case, much like the Apple Watch Series 5. But the Samsung round display (as opposed to Apple’s rounded square) evokes a conventional timepiece.

How to Take Screenshot on Galaxy Watch Active2

Unlike Apple Watch, which automatically syncs the screenshot to the iPhone Photos apps, you’ll need to manually transfer the screenshot from your Galaxy watch to your Android Phone. Screenshots taken from the Watch are saved in the Gallery app on your smartphone and can be accessed by browsing the Watch menu. So, without further ado, here’s how to take a screenshot on Samsung Galaxy Watch Active2:

Step 1. Go the screen where you want to capture a screen on your Galaxy Watch.

Step 2. Press and hold the Home button and swipe the touchscreen from left to right. ( Home Button is located on the bottom right.

Step 3. To find the screenshot or screenshots, simply go to the Gallery app on your Galaxy Watch. 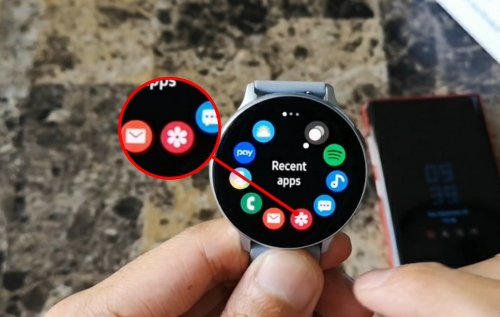 Step 4. The Galaxy Watch will make a separate folder for saved screenshots.

Step 5. Tap on the image that you want to send to your paired smartphone and then tap the dots menu icon and select Send to phone. 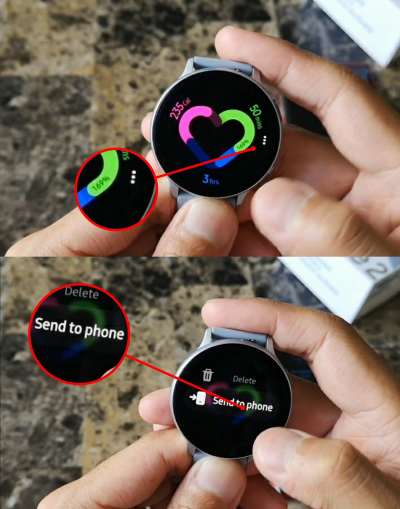 Step 6. Once you have selected Send to phone, the screenshot will be transferred to your phone and you will see a message that says “Image sent to phone” when it’s done. 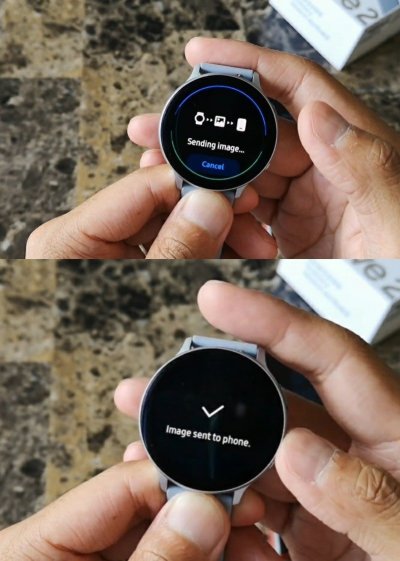 You can view the screenshots on your phone by navigating to the Gallery and tapping the Galaxy Watch folder.

That’s it. This is how you can take a screenshot on Samsung Galaxy Watch Active2 or any other Galaxy watches like Galaxy Gear S3. Taking screenshots on Galaxy will get easier as you practice it more and more. But, there is no way to send the screenshots to your iPhone from the Galaxy Watch.

How to Change the Instagram Icon on Android & iOS

How to find Serial Number on Dell Laptop in Windows 10