How to Hide & Show Hidden Files on Mac using Terminal

Macs, like other operating systems, offer a way to cover files and folders, but Mac OS X masks those options and doesn’t make it as easy as it is on Windows and Linux. So, in this post, I will guide you on how to hide and show hidden files on Mac using Terminal.

However, It’s supposed to be so simple and intuitive to do stuff on a Mac that when something isn’t, it’s shocking. There are several ways to “hide” files and show hidden files on a Mac, but just one of them works really well enough for us to suggest. It’s not even about hiding things, so that others can’t see them. You may want to actually cover something sometimes because you want to declutter your system. When you transfer your Windows documents to the cloud, for example, you will find that many programs often use your Documents folder to save. Within Documents games too often build their own files.

How to Hide and Show Hidden Files on Mac Using Terminal

You can easily hide and find or show hidden files on Mac using Terminal commands. Since these commands work pretty well and without any effort, you can master them without any hassle. And yeah, you don’t need to run the latest macOS version to use this hack, either.

Instead of hiding an individual file— though you can do that — you might want to create a hidden folder. We’re going to do this for this example, although this trick will also work to cover individual files. 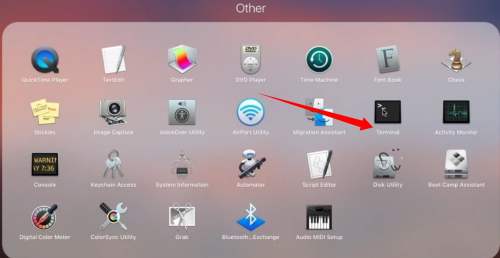 Step 2. Now, enter the below-given command. Make sure not to press the Return key as yet. 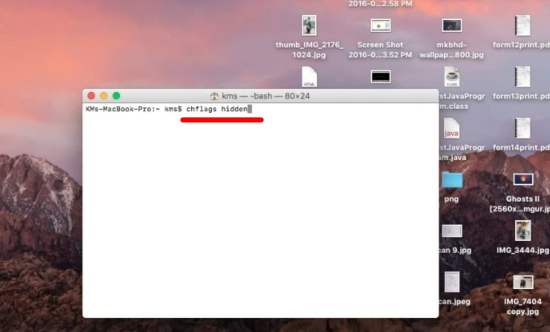 Step 3. After entering chflags hidden give a space then Navigate to the file or folder you want to hide, and then drag it to the end of the command in the Terminal window. 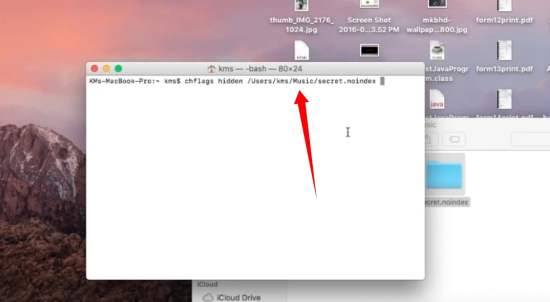 Show Hidden Files and Folders on Mac in the Finder

Do you want to unhide or show hidden files or folders on Mac? Well, it’s just as straightforward.

Step 3. Hit the Return key. Now, you can view all of your hidden files in Finder.

Unhide Files or Folders on Mac

If you want to unhide the particular files that you had hidden earlier, you can do so quickly.

Step 2. Now, enter the below-given command. Make sure not to press the Return key as yet.

Also Read: How to Uninstall Programs on Mac Computer in Two Different Ways 2020

So, this post was all about how to hide and show hidden files on Mac using Terminal. It’s easy to keep all your private files away from your eyes. While they work efficiently, I wish Apple could provide an easy way to hide files on the macOS operating system. It would be easier if the option existed within the configuration setting or the context menu itself.

How to Change the Google Assistant Language on Android in 2020