What Exactly is the Ultimate Power Plan?

By improving the High-Performance power plan, the Ultimate Performace power plan is meant to offer a boost to high-power systems (think workstations and servers). Its goal is to reduce or eliminate micro-latencies caused by fine-grained power management strategies. A micro-latency is the time lag between when your operating system senses that a piece of hardware needs additional power and when it provides that power. Even if it is only a fraction of a second, it may make a difference.

Meanwhile, the Ultimate Performance plan removes polling of hardware to determine whether it requires additional power and allows the hardware to consume all of the power it requires. In addition, all power-saving features are turned off to boost performance even further. As a result, workstations that run on battery power are not offered this option by default because it consumes more power and kills your battery faster.

Furthermore, the Ultimate Performance plan boosts performance on systems where hardware is constantly switching between idle and active states. When you play a game, though, all of your hardware already works together to fill the scene around you. The only meaningful improvement may occur at the initial setup, and you may only see a few of frames per second increase. However, if you use video editing or 3D design software that places significant loads on your system on a regular basis, you may notice a greater improvement.

How Does Ultimate Performance Plan Work

It simply implies that your CPU will constantly function at full power, even if some of its cores are idle or do not have anything to perform. That’s only one look at the numbers.

It can boost performance on systems when the hardware is constantly entering and exiting the idle state. Rather than polling the hardware to determine whether a piece of hardware requires power, it allows the device to use power at all times.

However, the Ultimate Performance Plan drains the Ultimate Power. In addition to consuming more power, it may have a direct influence on the hardware. As a result, it is not accessible, let alone recommended, for all systems.

Because Windows designed it for high-end PCs, the option is enabled by default in Windows for Workstations. However, all other Windows 11 computers may manually obtain the capability.

How to Get the Ultimate Performance Power Plan in Windows 11

In order to get the Ultimate Performance mode, you can either use Command Prompt (CMD) or Windows PowerShell. For the purpose of this guide, we’ll use CMD. 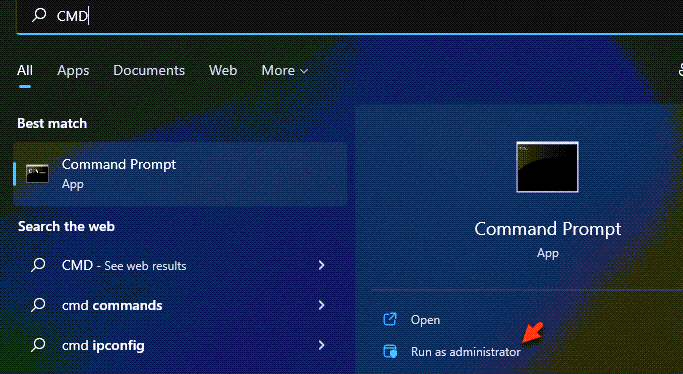 Step 2. Type the following command and then press enter:

Step 3. When the command executes, you’ll be able to see Ultimate Performance on the console.

How to Enable the Ultimate Performance

Now, it’s time to enable the ultimate performance mode on your Windows 11.

Select Power Options from the list of options available.

Select the drop-down menu next to the Show additional plans.

To enable it, simply select the radio button next to Ultimate Performance.

Users who install the power plan manually to their Windows 11 PC may also delete it. However, before you attempt to delete it, you must first switch to a different power plan. Attempting to remove a plan that you are already using might wreak havoc on your entire system.

This is how you can get and enable the Ultimate Performance power plan or mode in Windows 11. If you want an extra burst of power for specific tasks, the Ultimate Performance plan can provide it. However, be cautious while using it because it might take a toll on your hardware and battery, which is why Microsoft does not suggest it for battery-powered devices, such as laptops.

How to Enable Mobile Hotspot in Windows 11

How to Send High-Quality Photos on WhatsApp (Android & iPhone)