Today, We have picked up the top 20 best Apple TV apps for you. Everyone wants to install all sorts of categories of Apps on their Apple TV, like for Entertainment( Netflix and Amazon Prime Video). Education ( TED and Udemy), and many more useful and handy TV apps. However, you have to set your mindset that which apps are best for your Apple TV.

What is best on Apple TV?

Like all other Streaming boxes, the Apple TV lets you watch your favorite shows and movies with Apple TV apps.
furthermore, The Apple TV might not be as good as Roku Streaming Stick+, Amazon Fire TV Stick 4K, Google Chromecast Ultra, and others, but still, it’s good hardware if you are friendly with Apple devices.

Here are our best Apple TV apps lists Make the most out of your new Apple TV with these Must-have apps. 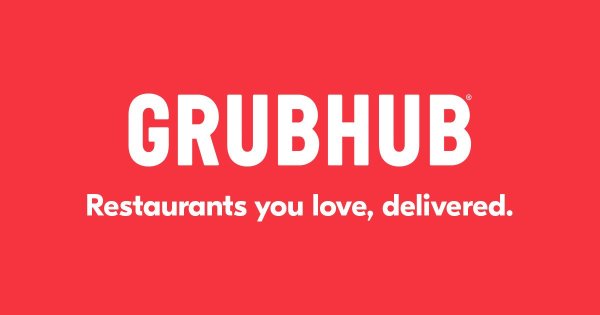 Kitchen Stories is the best and most wonderful Apple TV app for learning new recipes. This app has lots of learning videos and How-to tutorials and the tutorials are shown with clear instructions in high-definition videos.

If you already installed your Apple TV Streaming to a smart TV in the kitchen then Extract new things and apply what you’ve learned and cooked something new like never before. 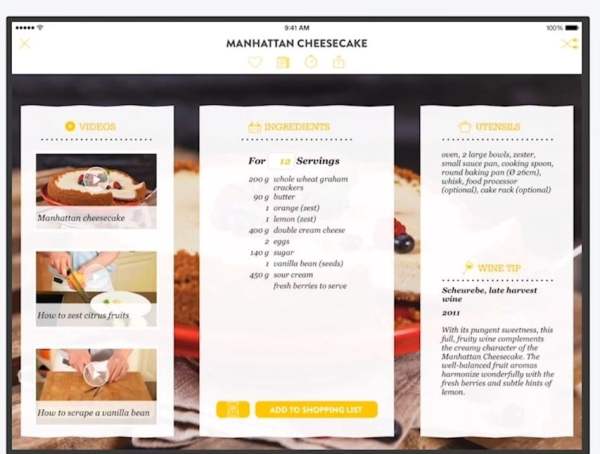 Plex is now officially on Apple TV, with this app you can organize your media libraries and stream to any device. In the meantime, It is quite interesting to have Plex on any smart TV. This app brings together all of your favorite media and stream to any screen. 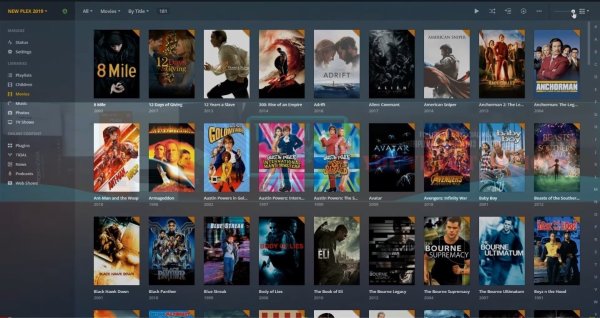 This Smart TV app has an eye-catching selection of TVs from other providers. You can watch original content and high collections of shows with 4K, HDR, and offline capabilities in over 200 countries. 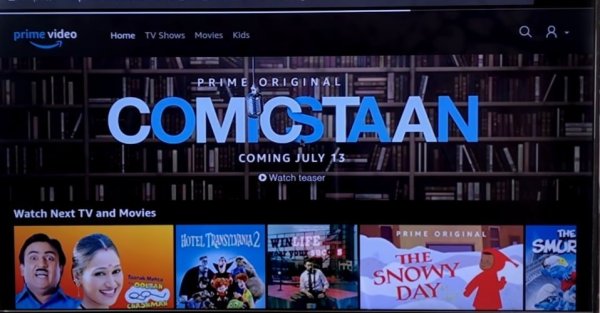 If you are hungry for learning something new then download the free TED app, with this app you can watch tons of videos with different varieties of topics. you can access thousands of inspiring and useful talk videos by well know people and access more than 3000 talks for free. 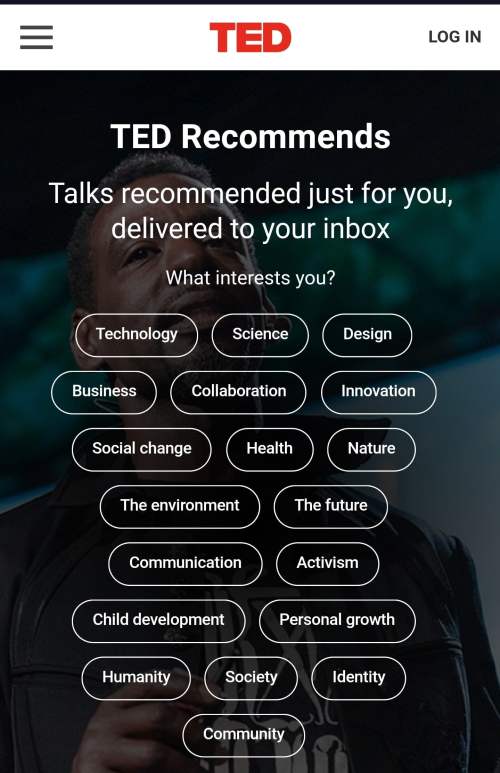 Udemy is an online learning marketplace, which has more than 100,000 courses and 24 million students to its tank with various categories just browse the App and learn new skills such as programming, marketing and etc.

It covers vast topics and contents from learning online courses to listening to audio lectures and you can discover and search for relevant content. 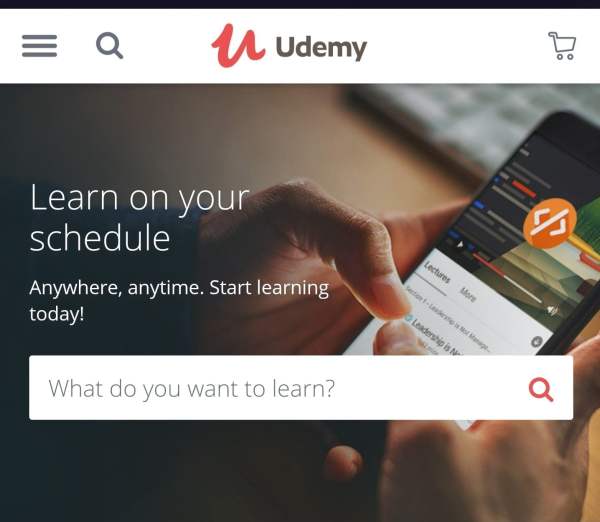 HBO GO is basically the on-demand version of satellite or cable, which you pay for. So if you are an HBO subscriber, this app gives you access to all HBO content with lots of pieces of stuff, including series, documentaries, and movies. Furthermore, you also get news, comedy videos, talk shows, and some other helpful content. 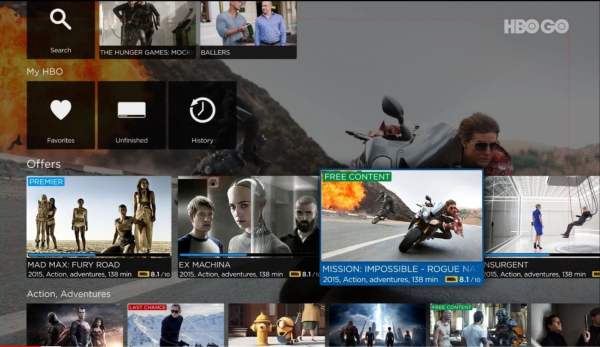 Movies Anywhere let you store your favorite purchased movies seamlessly in one place, so you can watch them anytime and anywhere. If you already created a free account with Movies Anywhere then you can import your movies not only from iTunes and you can also import from Amazon Prime Video, Vudu, Google Play, and Xfinity. 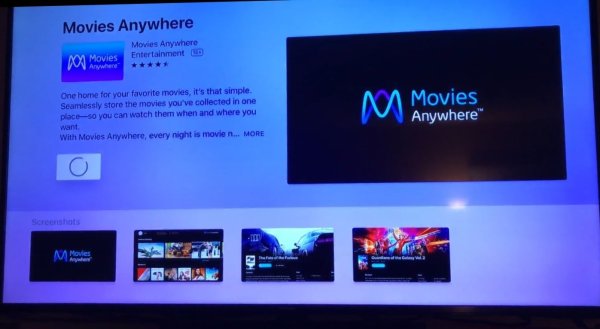 Though Twitter is a social media app, most use Twitter on their smartphones but Twitter is a good platform for reaching news as well, it doesn’t matter if you use it on your Apple TV or smartphone.

Previously known as Watch ESPN and has both live and on-demand content for all sports lovers, with this app you can access ESPN’s channels and watch some of its top programs like Sports Center. Multicast is one of the best features of ESPN so you can stream up to four live events at once. 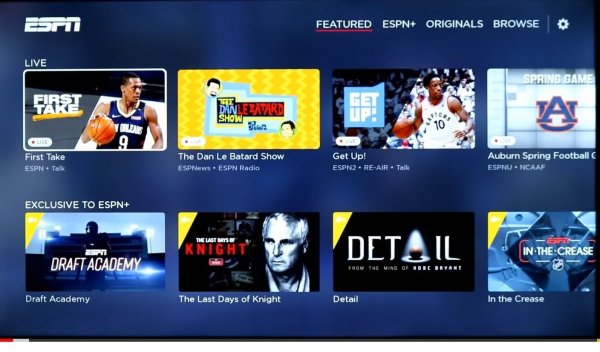 VLC is a free video player that can play video and audio formats and has been a favorite app on iOS and macOS. Play your favorite videos with VLC on your Apple TV without Ads. 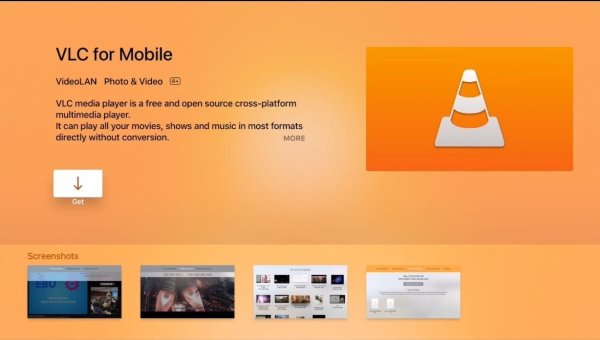 Carrot Weather is one of the best and most comprehensive weather apps for iPhone and iPad and now this app is available on Apple TV. This app provides accurate and detailed weather forecasts like temperature, humidity, and air pressure with short-term, hourly, and of course daily updates. 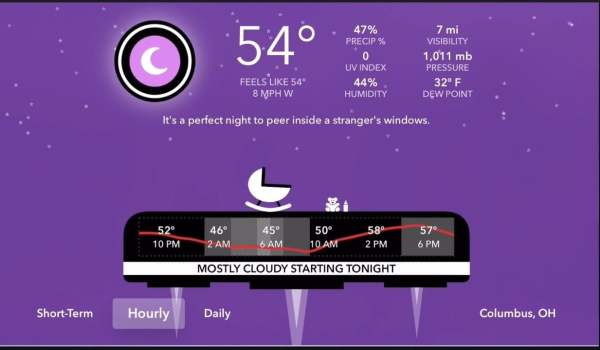 If I am not wrong YouTube is probably and undoubtedly the best video app ever. whether it’s for Android devices or for iOS, macOS, and windows. everyone has installed this app on their smart TVs ( Samsung, LG, Sony) and smartphones (Android, iOS, Windows).

YouTube is a free app where you can find different videos and content and provides Amateur and professional videos from tutorial videos to some extravaganza TV talk shows and funny videos.

Netflix is a notable Apple TV app to download. meanwhile, this app has established itself as a warehouse of original content.

It allows users to watch their favorite TV shows on smart TV and you can choose from thousands of titles and genres because Netflix is the largest streaming service today, and has expanded its catalog of movies and TV shows from other sources. 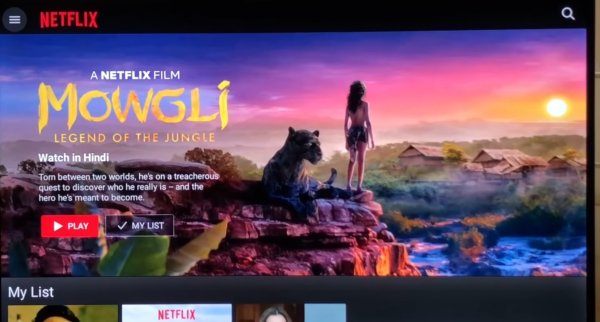 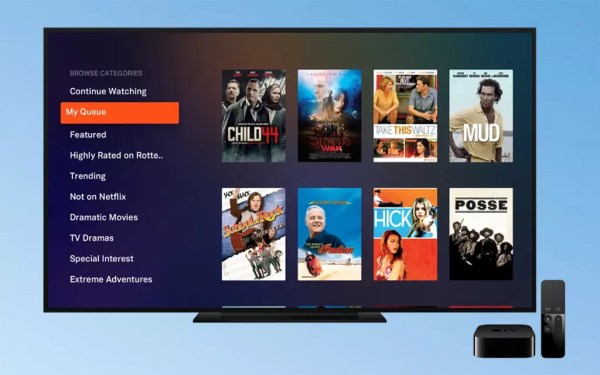 All of us are sick of having to pay for every streaming service imaginable. Because of this, we like recommending the top free streaming providers. One of these sites, Tubi, gives you access to free TV series and movies. The sole requirement (if you can call it that) is that you must see advertisements.

As of the time of publication, Tubi’s roster included everything from Ace Ventura: Pet Detective to the first Terminator movie. Additionally available for streaming are episodes of The Nanny, Naruto from Shonen Jump, and Whose Line Is It Anyway? Doctor Sleep and Annabelle Comes Home are recent releases on Tubi. 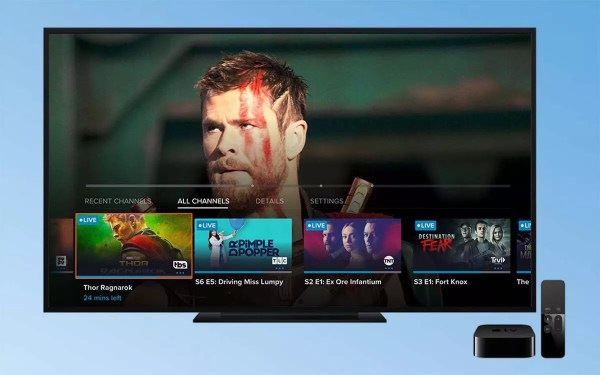 As one of the greatest streaming services and one of the best cable TV alternatives, we highly suggest Sling TV. Why is it so highly ranked? With a starting price of $35 per month, it offers a substantial selection of channel lineups at a price that is unmatched by its rivals.

Sling TV is a great choice whether you want to watch major sporting events or merely the majority of famous channels like Fox, Comedy Central, TNT, USA, and numerous more. You also receive the most recent version of its Apple TV app because it was just updated. 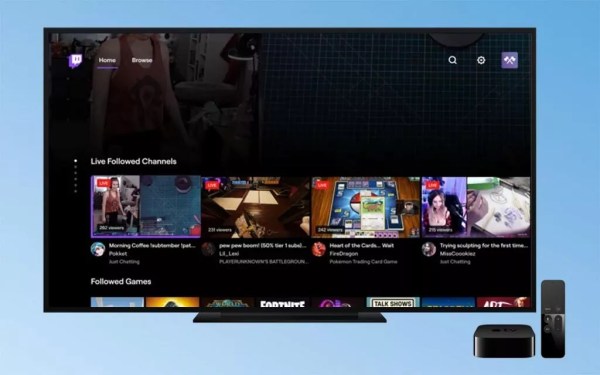 Though not everyone enjoys watching people play video games, Twitch works best on the largest screen in your home. I love to see the broadcasters I enjoy and the games they’re playing as big as possible, which is why I keep the Twitch tvOS app very high on my home screen. All of the pieces feel quite crowded together, and being a streamer myself, I can attest that giving them. 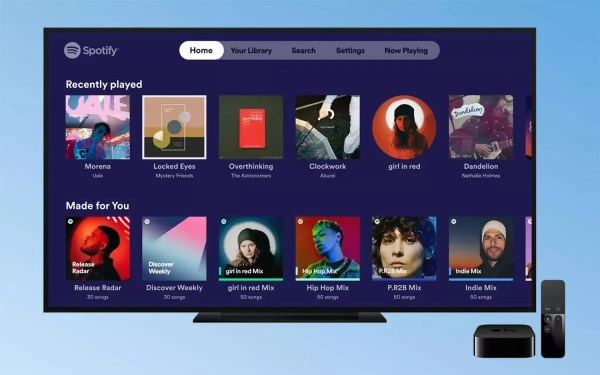 Apple Music is indeed nearby. Yes, Apple TV users are more likely than anybody else to subscribe to Apple Music. Despite this, Spotify continues to rule the world of streaming music, and it even has an Apple TV app (unsurprisingly, as it offers an app for practically every platform). The well-organized Spotify app opens with your most recent listening activity and includes tabs for your collection and searches. Only the animations you occasionally see on mobile devices and on-screen lyrics are absent. 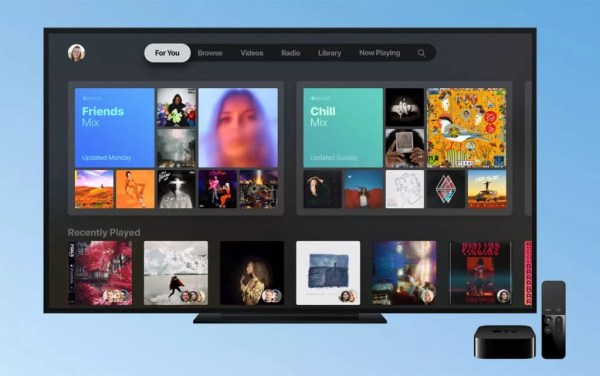 The tech giant’s $10 monthly streaming music subscription is called Apple Music. You can access Apple Music’s millions of songs when you join up, along with specially crafted playlists to listen to the music you love. You may find new songs that are similar to the songs you like by visiting Apple Music For You area. 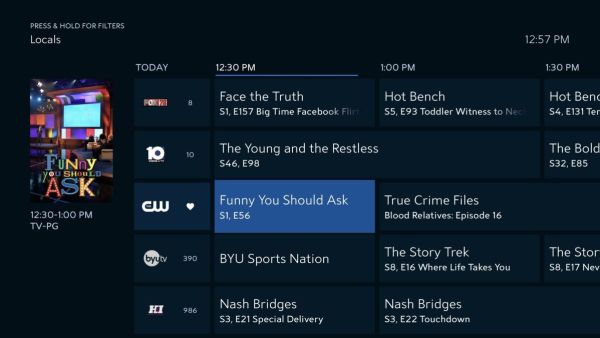 The Apple TV’s new Zero Sign-On features work with the Spectrum applications. Your Apple TV can serve as your cable box by providing all of the live and on-demand entertainment you’ve come to expect from your Spectrum cable subscription without bringing new hardware into your house thanks to Zero Sign-On and the Spectrum app.

Even though this software is only available to Spectrum customers, it’s a fantastic illustration of what Zero Sign-On enables.
Read Next

These were our top 20 best Apple TV apps, install these essential and extremely useful apps to your Apple TV, and enjoy the movies and shows with Netflix and Amazon Prime Video.
if you want to improve your knowledge then go for TED and Udemy. If you found this content helpful. Please share it on your Facebook, Twitter, and LinkedIn. leave your comments below as well if you have any thoughts to add or questions.

How to Update to macOS Ventura from macOS Monterey

[…] So developer as Alexandros Schillings decided to remedy this issue with an app that allows you to view every Wi-Fi password that you’ve ever saved on your Android device. The app requires root access, but beyond that, it makes finding and sharing your stored Wi-Fi passwords incredibly easy. Top 14 Best Apple TV Apps […]