The iPhone’s LED can be set to blink when there is an alert, such as an incoming call or text message, using Apple’s Accessibility feature.

The LED, which serves as a picture flash, is located next to the back camera. The LED doesn’t use its full brilliance while flashing as an alarm compared to when shooting a shot in complete darkness. Instead, a softened, visible blink that is detectable but not too bright is offered.

Since the iPhone 4 model, every iPhone model has included an LED flash on the back. The newest iPad mini and practically all iPad Pro models also have this feature. These gadgets have a flash that may be used for LED notifications in addition to capturing pictures, recording movies, and seeing in the dark.

When your device is face down on a table, couch, floor, etc., the LED flash on your iPhone or iPad is an excellent alternative because it’s bright enough to view during the day. I can typically see it flashing through my pockets since it is so bright.

How to Enable LED Flash for Alerts on iPhone 14

Here’s how to turn LED Flash notification on iPhone 14 on iOS 16:

2. Scroll down and tap Accessibility.

3. Scroll down once again and tap Audio/Visual under the HEARING menu. 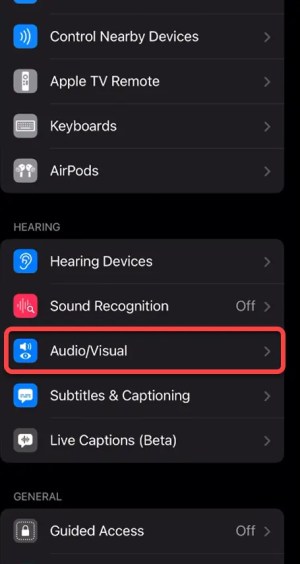 4. Scroll down all the way to the bottom and select LED Flash for Alerts under the VISUAL menu. 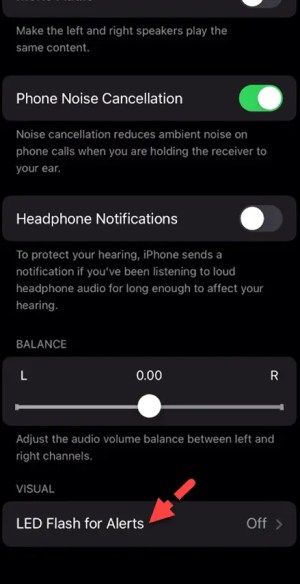 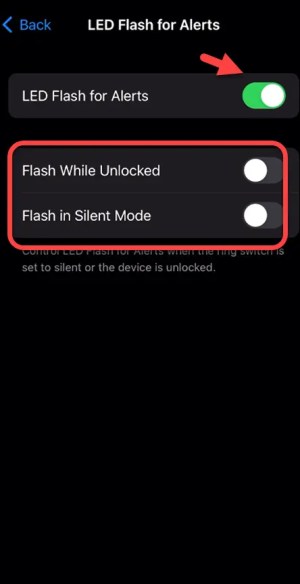 LED Flash for Alerts on iPhone 14

6. You can also enable LED flash notifications while the phone is unlocked or in silent mode.

You’ll find a “Flash in Silent Mode” switch in iOS 16 and iPad OS 16, which I recommend turning on to make sure the LED flashes for alerts anytime the ring switch is in the silent position.

In iOS 16 and iPadOS 16, there is also a new “Flash While Unlocked” setting that is by default deactivated because it presumes you will already see alerts on the screen. If you want the LED to flash even when using your iPhone or iPad, you may turn it on.

That’s it. This is how you can enable LED flash for alerts on All iPhone 14 models running on iOS 16. There are several circumstances in which this functionality could be beneficial. When not staring at the iPhone directly, the flashing LED makes it simpler for people with hearing loss to detect a call or message. For others, it may be a method to make using the iPhone during a conversation less intrusive. An LED blink can be a prettier alternative to the standard notification chime when the iPhone is facing down and the volume is muted, making this a useful feature for all users.