How to Grab and Copy Text From Image on Android

Luckily, there are some OCR Text Scanning apps on Google Play Store that can easily grab and copy text from an image on Android devices like Text Scanner, Text Fairy, Office Lens, TurboScan, and many more. But for the purpose of this guide, I will use Google Keep to extract text from an image.

You Might Also Like: 5 Best Song Finder & Detector Apps for Android & iOS to Find Songs by Their Tune

Google Keep is Google’s official application designed to compete with other lifetime reminders, such as Evernote or Catch Notes. As such, this is an instrument that allows you to leave virtual notes on your Phone. The program allows you to take notes by typing them as usual and by recording a voice message, which is particularly useful when you’re in a rush.

Furthermore, You can attach all sorts of pictures or lists to your files, and they’ll be synchronized between your phone and your computer or laptop, as with all Google applications.

Step 2. Launch Google Keep and tap the (+) at the bottom right-hand corner of your screen to add a new note.

Step 3. Once again, tap the (+) at the bottom left-hand side and then select Take photo to scan a document from the camera or select Add image to import an image from your Gallery. 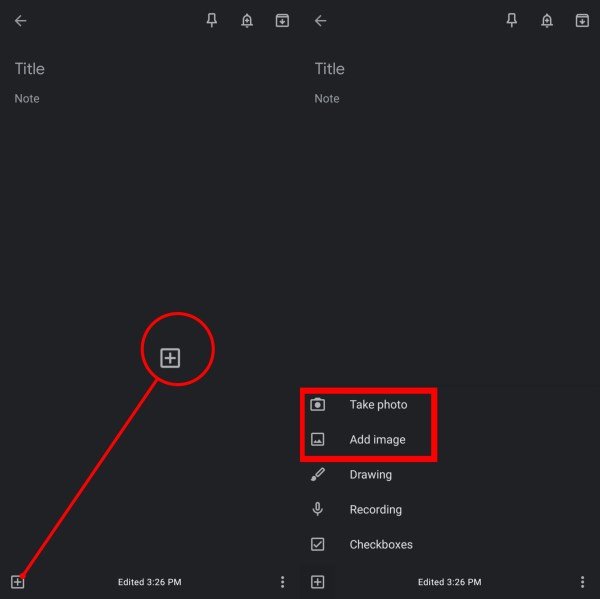 Step 4. Tap on the picture to view in full screen and then tap the three icon dots and select Grab image text. 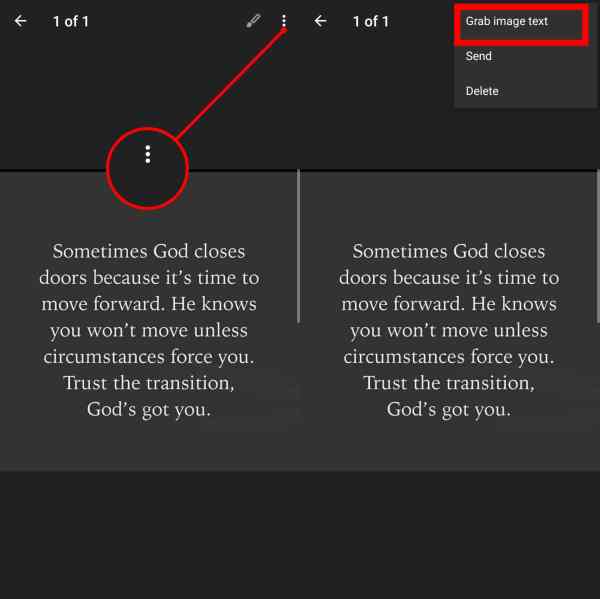 Step 5. The text should be grabbed from the image in a few seconds.

Grab & Copy Text From an Image

Step 6. To copy the text, simply select all and copy or share it. 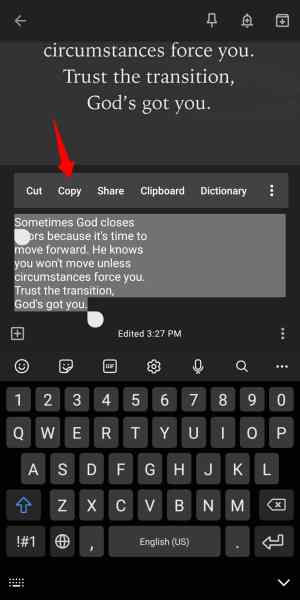 However, if you’re not satisfied with the Google Keep result then you may use another wonderful app called “Text Fairy” OCR Text Scanning app. Meanwhile, the Text Fairy app does not require an internet connection to grab text from an image. Here’s how to copy text from an image on Android: 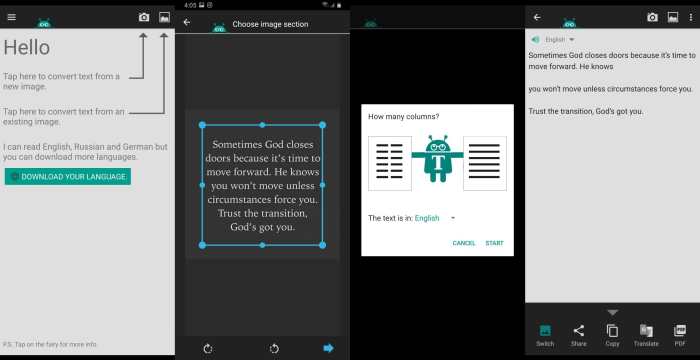 Best OCR Apps for Extracting Text From Images on Android

Well, I have already mentioned Google Keep and Text Fairy app to grab and copy text from an image. Here are some other best OCR apps for extracting text from images on Android.

Text Scanner [OCR] is the best OCR app after Google Keep. This app claims support for more than 50 languages including Chinese, Japanese, French, and more. It also supports the extraction of text from a text written by hand. The software interface features important scanning features such as magnification and a brightness slider to capture text in the clearest possible manner.

Office Lens is Microsoft’s expectation of supplying Android devices with a portable scanning app. The capability to scan and digitize documents is its headline feature, but it also comes with a handy option for OCR. It is included as a premium option but by signing up for a free Microsoft account, you can get it for free. Signing up also unlocks other features such as 5 GB free OneDrive storage and saving in various formats.

With a simplified interface, OCR Text Scanner supports over 55 languages including English, French, Italian, Swedish, and more. In our research, though lacking a word or two in different areas, it seemed to work mostly fine on papers. It can not capture text images from hand-written notes. It’s loaded with advertisements, too, so you’ll have to wait for each scan for about 5 seconds.