Emojis have become an integral part of the way we communicate today. Not only have Emojis found their way with our family and friends in our day-to-day chats, but they are often widely used on the internet in various goods and services. The cool casual nature of the Emojis has made them a regular part of what we’re thinking about today. So, in this guide, you will learn how to type emojis on Mac and also how to enable emoji character viewer in the Menubar.

Furthermore, by default, Apple comes with a special iPhone or iPad Emoji keyboard along with the release of iOS. In reality, with some big releases of iOS, the company also adds some awesome new Emojis, so your iPhone and iPad are constantly updated every few months with the newest Emojis. But have you noticed that you can type and use Emojis on your Mac too? Well, you can trigger an Emoji keyboard on your computer and start using Emoji characters anywhere on a Device.

Step 1. Click the Apple logo at the top left-hand corner of your screen and select System Preferences.

Step 3. Check the box next to Show keyboard and emoji viewers in the menu bar.

Enable the Emoji Character Viewer in the Menubar on a Mac

How to Use or Type Emojis Characters on Mac

Step 2. Press the Control + Command + Spacebar keys on your keyboard simultaneously or simply open Emoji Character Viewer from the Menubar.

Step 3. A small overlay of windows appears with a bunch of Emoji characters inside. 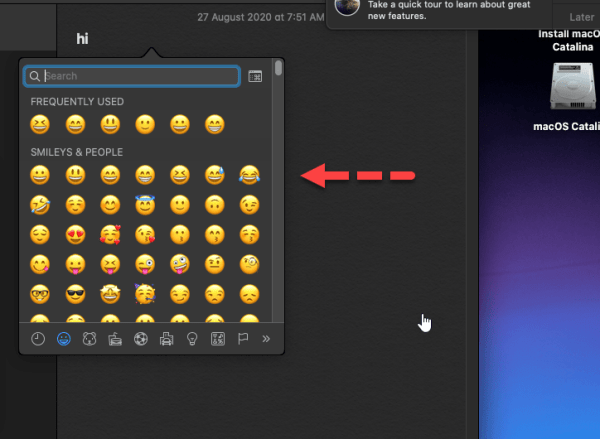 Step 4. Now just select which Emoji you want to type in on your Mac and double-click on it or drag it. The emoji character is placed automatically where your cursor has been put.

How to Type Emojis on Mac

Step 5. You can also search for emoji using the search box. Click the box and type a description of whatever you’d like. For example, you could type “heart” and see all fire-related emoji. 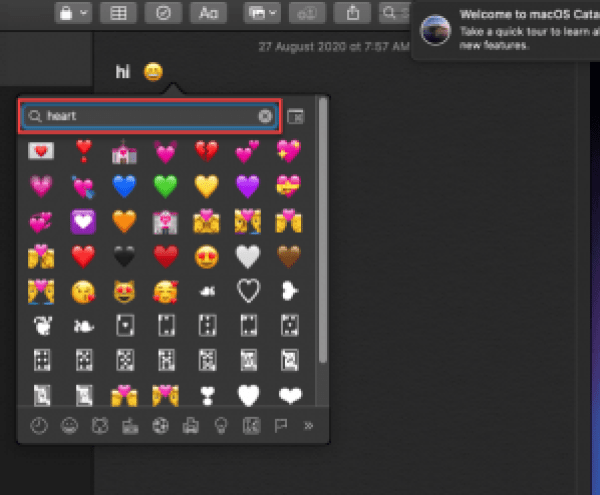 Meanwhile, if you want to use several Emojis on your Mac, press Control + Command + Spacebar keys simultaneously. Instead, you can activate the Emoji viewer — a window that lists all the Emojis and symbols available and stays on top of other windows, so it won’t vanish every time you type an Emoji on your Mac

Step 2. When the little window with all the Emojis appears, tap on the tiny icon at the top right of the window. 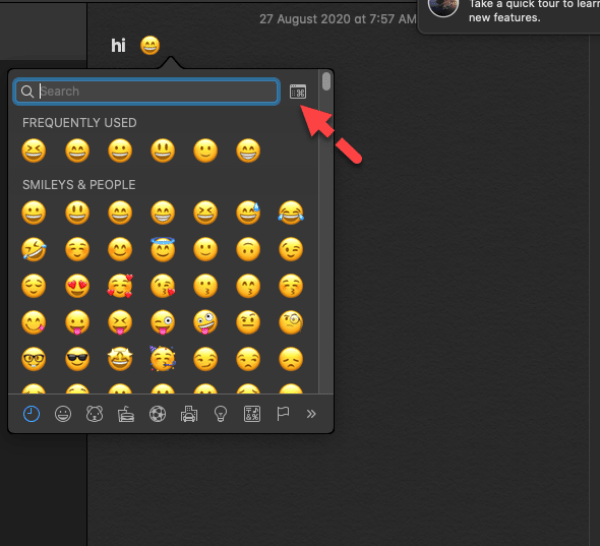 Step 3. The tiny emoji window now converts to a Character Viewer window, which will not disappear until you close it manually. 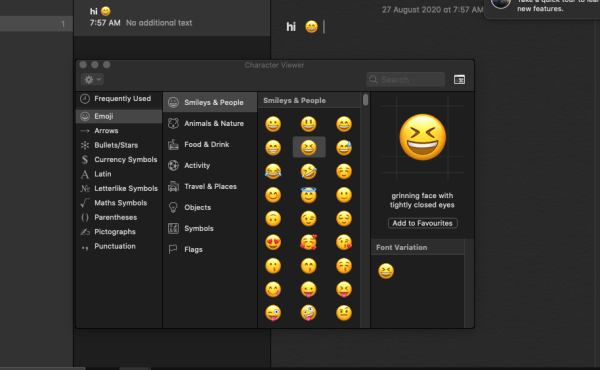 That’s it. This guide was all about how to type emojis on Mac and also how to enable emoji character viewer in the Menubar. If you always find yourself using and typing emojis, add an emoji panel button to your menu bar as well.

Where Are Safari Passwords Stored on Mac