WiFi Direct on Android devices and Samsung phones, in particular, is a wireless technology providing wireless direct communication for Wi-Fi devices that allow you to send and receive data with any internet connection and USB cable. So, in this guide, you’ll learn how to enable Wi-Fi Direct on Samsung Galaxy smartphones to transfer and share files including photos, music, and videos wirelessly and without using any internet connection or using third-party apps like Xender, SHAREit, or Zapya.

Furthermore, Wi-Fi direct is a handy feature on all Android smartphones whether it’s Samsung, Google Pixel, OnePlus, LG, Huawei, or Xiaomi. With Wi-Fi Direct you can easily transfer and share your files to other Android devices. However, Wi-Fi direct is equivalent to Apple’s AirDrop,  devices such as iPhone, iPad, and Mac have built-in AirDrop to share files from iPhone to iPhone or from Mac to iPhone.

Samsung was the first to let Wi-Fi Direct work properly and Wi-Fi Direct support was launched back in 2011 with Android 4.0 Ice Cream Sandwich. Wi-Fi Direct is a technology that enables devices to connect directly to each other without the need for an internet connection and USB cable. Meanwhile, Wi-Fi direct is like Bluetooth but is a hundred times faster than Wi-Fi direct.

Why Would You Be Using Wi-Fi Direct?

Well, there are various reasons to use Wi-Fi direct and one of the big reasons for Wi-Fi direct is it enables users to quickly transfer photos, videos, and music without having an internet connection or installing third-party apps like Xender and SHAREit. Wi-Fi direct is by far better than Bluetooth because the benefit of using Wi-Fi Direct over Bluetooth is that there is a considerably higher Wi-Fi range and transfer speeds than Bluetooth.

How to Enable Wi-Fi Direct on Samsung Galaxy (Android 11)

Every Android smartphone that uses Android 4.0 and above has Wi-Fi Direct functionality and unlike with Bluetooth, there is no button or anything that you need to tap to turn Wi-Fi Direct on.

Follow the below steps to enable and use Wi-Fi direct on the Samsung Galaxy phone running on One UI 3.1 based on Android 11. 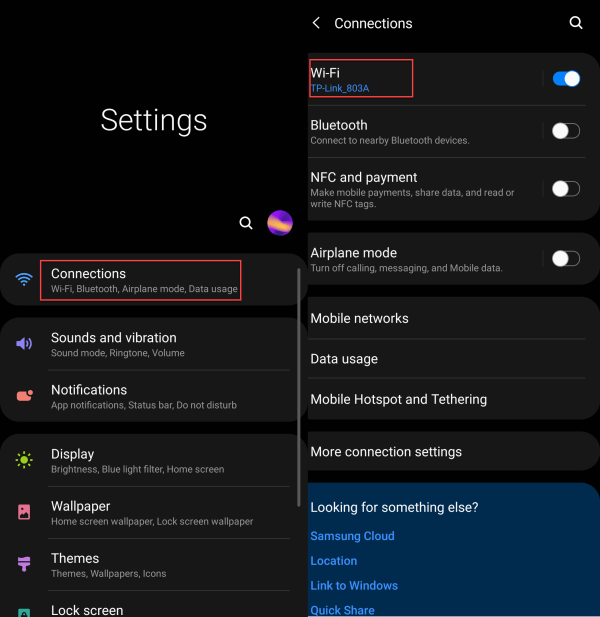 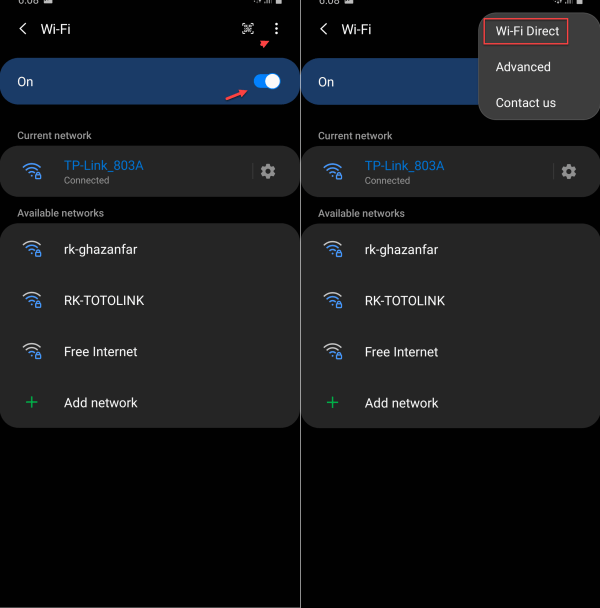 How to Transfer Photos and Videos on Samsung Galaxy S9, S10, or S20 Using Wi-Fi Direct 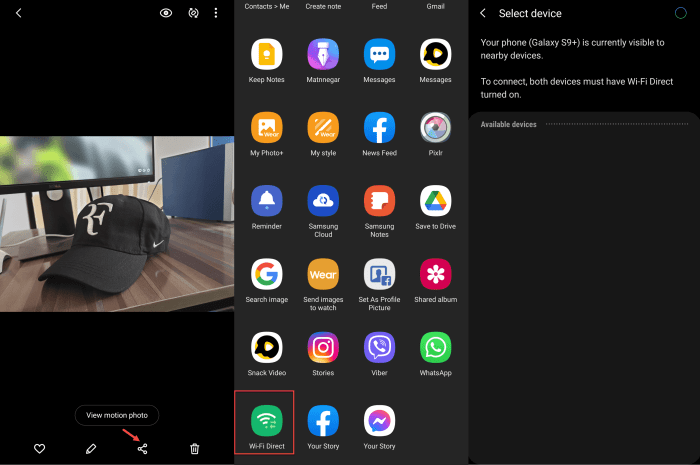