How to Record Games with Samsung Game Launcher

There is a hidden feature in Samsung smartphones that nobody noticed and that is the Samsung game launcher. However, Samsung was one of the first major smartphone manufacturers to implement gaming-related features on its devices.

Moreover, with Game Launcher on Samsung, you can record your games and as well as some other third-party apps but you won’t be able to record built-in apps or action on the Home screen.

Add the ones that you want to screen record. This won’t work for built-in apps such as Gallery, Messages, Google Chrome, Google Maps, YouTube and etc.

whenever you launch a game for the very first time. the device will automatically inform you about the Game Tools app, which boosts gaming performance and also has screen recording capabilities.

Samsung Game Launcher is accessible from your Samsung phone’s app drawer. If you Can’t find the game launcher then try searching for “Game Launcher” with the Finder Search bar at the top of the app menu.

If you still couldn’t find the Game Launcher app, it means that you didn’t activate the game launcher. Don’t worry I will guide you step by step, here we go: 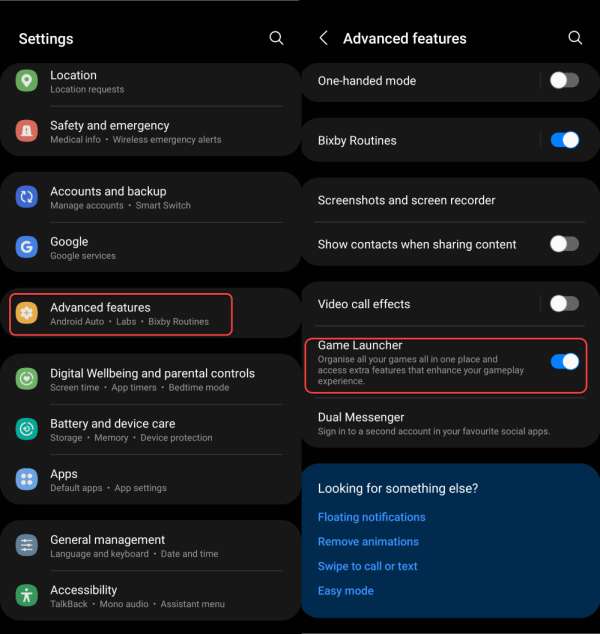 As soon as you see a description of the Game Launcher, a Game Launcher shortcut will also be added to your home screen. Once it’s enabled, you can poke around Game Launcher to download some games and customize your settings.

Basically, Game Launcher on Samsung allows you to play games in a peaceful and uninterrupted environment, temporarily turning your phone into a handheld gaming console by disabling most of the mobile app notifications and smartphone controls. Game Launcher also lets you fine-tune the device’s hardware performance.

How to Screen Record Games with Samsung Game Launcher?

One of the best features of the game launcher is to record the function of game tools and in the meantime, you can save it in a movie format to share with friends and family.

2. Tap the hamburger menu at the bottom right-hand corner and select Game Booster. 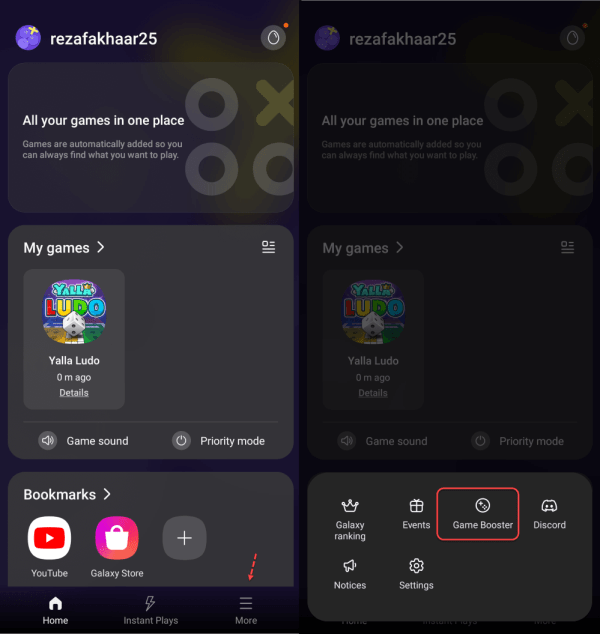 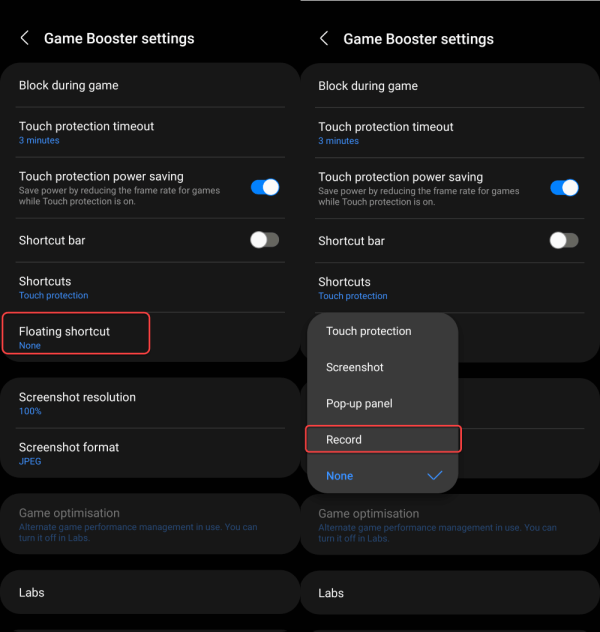 5. Now, launch any game and you will see the floating record button.

6. Tap on it and select your preferred Sound settings. Tap Start recording. 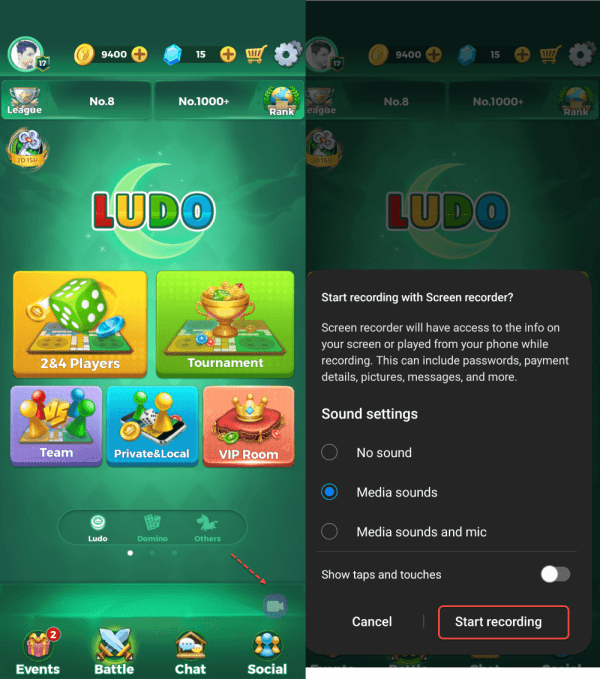 7. To stop the recording, tap the stop button.

8. The recorded video will be saved right on your Gallery app in the Screen recordings folder.

Where is Samsung Music on Galaxy Phones?

How to Copy Image From Gallery to Clipboard on Samsung

Can i change the quality of the video?

Yes, you can change the resolution to 1080 px

Voice won’t be recorded if the Volume is too high!

Dear,
My game launcher has no record icon, how can I bring it into game lanche and record the game while playing?
I have Galaxy A71 Android 10 64bit
Please help!!

Unfortunately, there’s no screen recording option in Samsung Game Launcher on Samsung Galaxy devices running on Android 10. But you can use the built-in screen recorder from the quick settings panel.