How to Make a GIF on Samsung Galaxy Devices

In the meantime, if you’re a seasoned Galaxy user then you might know about the GIF feature. However, if you’re new then don’t download any third-party GIF makers apps. Furthermore, on a Samsung Galaxy phone, you create GIFs from photos, videos and even use the Camera app.

What is a GIF?

GIF stands for Graphics Interchange Format. A GIF file is a lossless image file format that can hold both animated and static pictures. Until PNG became a viable replacement, it was the internet’s standard for 8-bit color images. You’ve probably seen these in a lot of email signatures.

Animated GIFs are made up of many pictures or frames that have been integrated into a single file. To generate brief low-file-size animations, they are presented in succession with different frame rates. GIFs are designed to finish on the last frame by default, however, they are increasingly being found repeating.

Method 1. Make a GIF From Photos on Samsung Galaxy

Here’s how to make a GIF from photos on your Galaxy mobile: 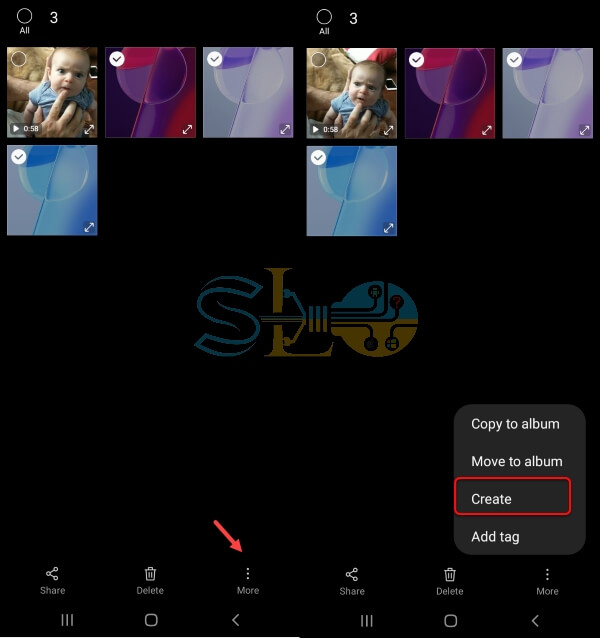 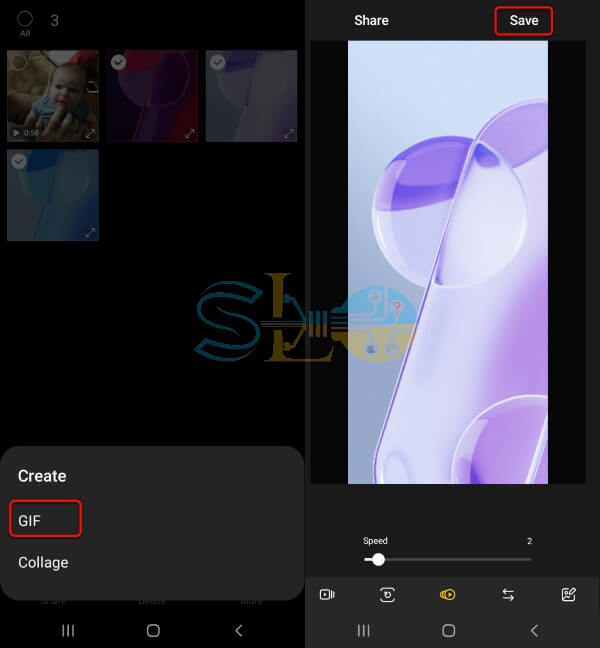 Make a GIF From Photos on Samsung Galaxy

Method 2. Create GIFs from a Video

Here’s how to make a GIF from one of the videos on your Galaxy mobile: 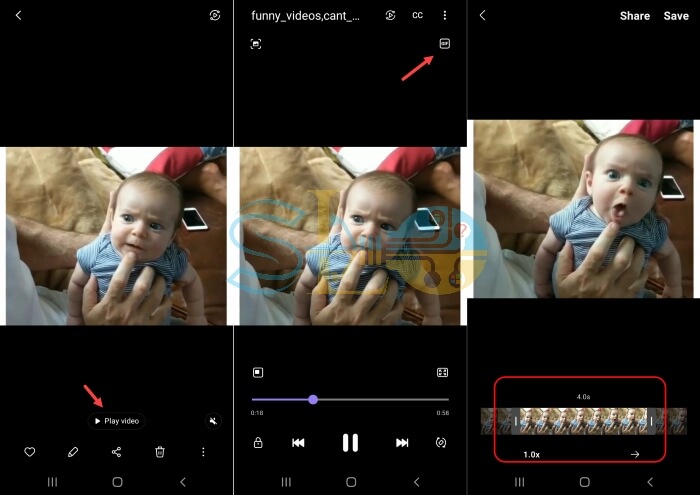 Create GIFs from a Video

Method 3. Make a GIF with the Camera App

In only a few minutes, you may make a GIF with the camera app. 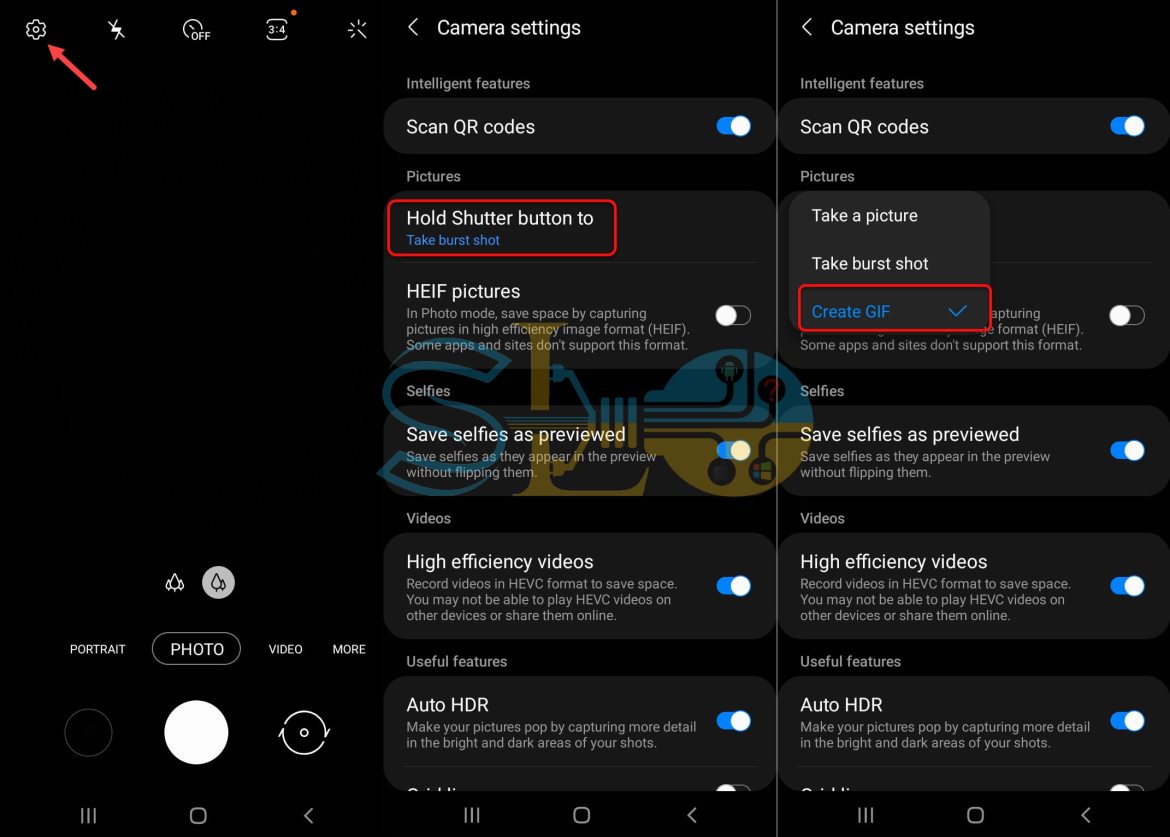 Make a GIF with the Camera App

“Smart Select” is a function found on several Samsung cellphones. It has a GIF tool as well as the ability to choose particular portions of the screen. Smart Select was formerly only accessible on Galaxy Note handsets, however, it is now available on a wider range of devices. 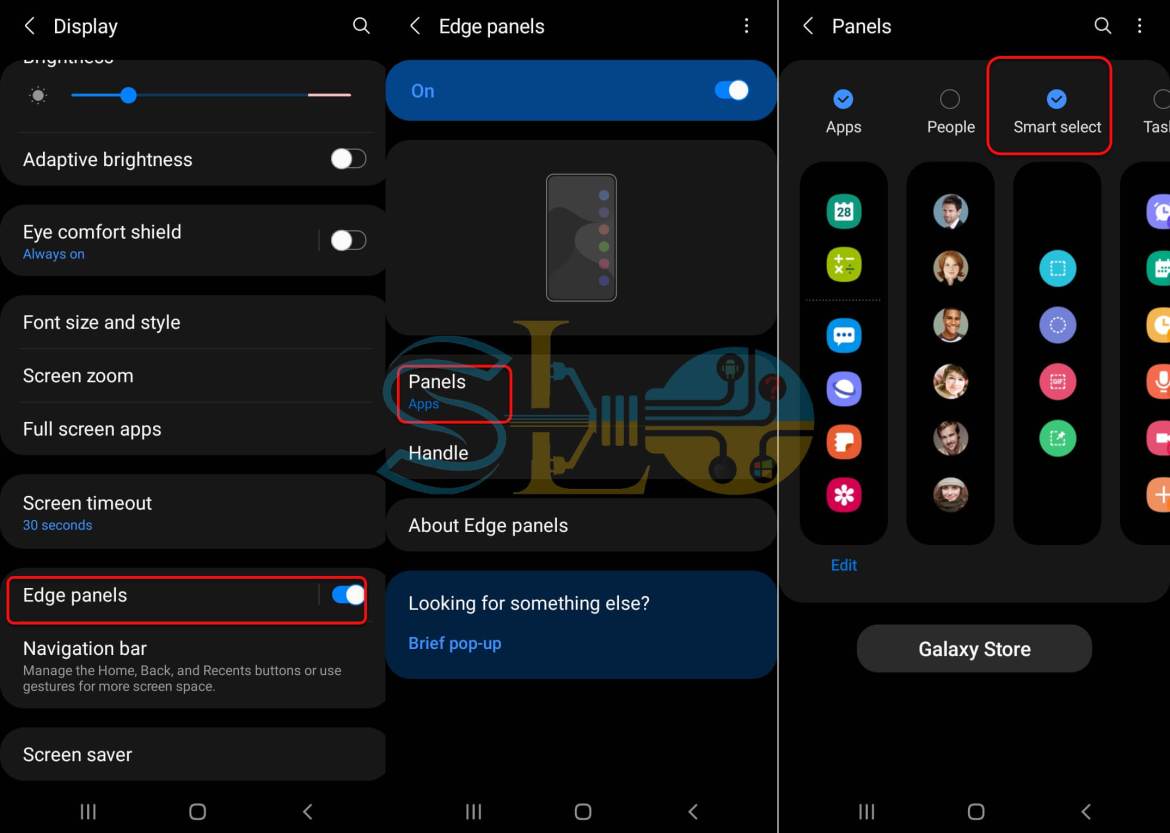 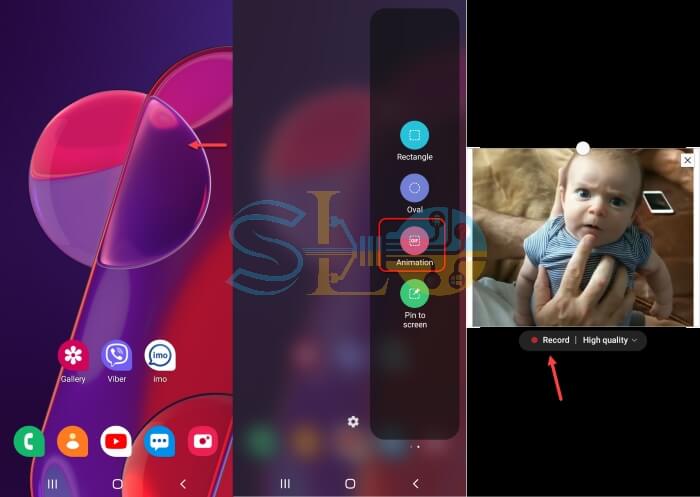 That’s it. These were the 4 methods to make a GIF on Samsung Galaxy devices.

Where is the Floating Shutter Button on Samsung Galaxy Phones?

How to Record Your Screen in Windows 11