Home Android How to Make Locked Albums in Samsung Gallery [One UI 5.0]
AndroidHow To

How to Make Locked Albums in Samsung Gallery [One UI 5.0]

Samsung’s One UI 5, which is based on Android 13, offers all the system-level changes that the most recent version of Android brings. Expect One UI 5 to somewhat alter how you interact with your Samsung phone because Android 13 is a minor update. But even if they aren’t very significant changes, many of Android 13’s modifications are good upgrades.

Changes in Android 13 include new notification permission that enables per-app notification opt-in, new language settings that let you alter the languages in which each of your applications appears in, and more.

However, there is a hidden feature to lock your albums within the Samsung Gallery app. Remember locked photos within the album could still be visible on the Samsung My Files app or Google Photos.

How to Make Locked Albums in Samsung Gallery (One UI 5.0)

So here are the steps to lock an album on Samsung Gallery:

2. Tap the hamburger menu at the bottom and select Settings. 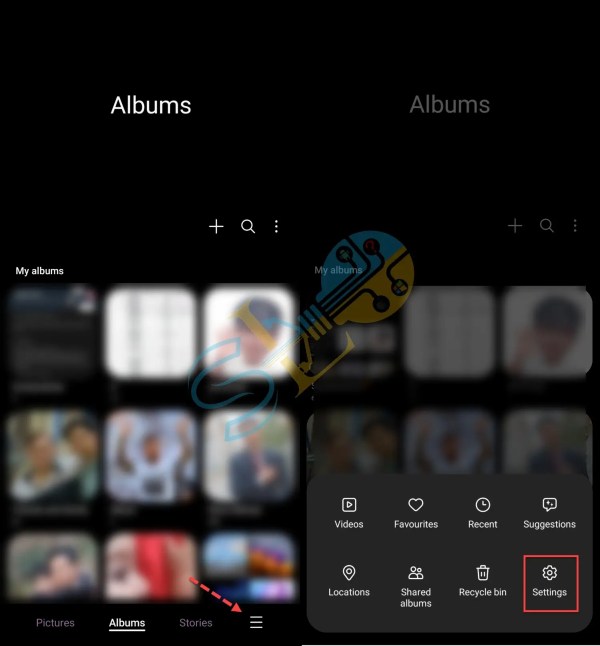 3. Scroll down and select About Gallery.

4. Now, tap several times on the Version until the Gallery Labs is enabled. 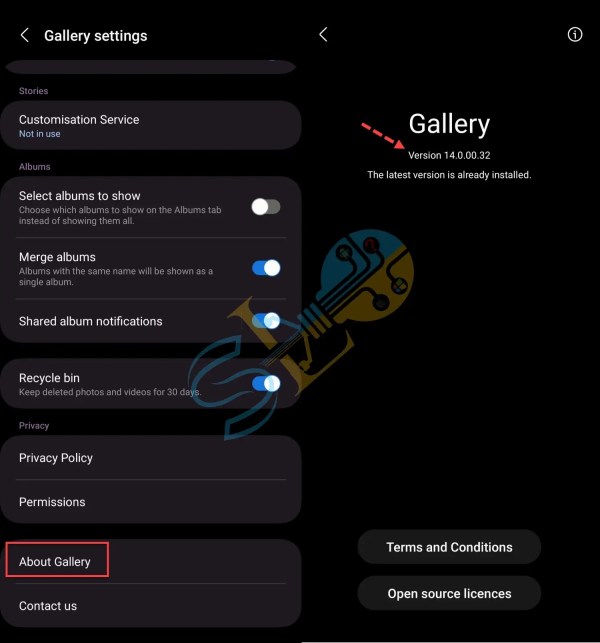 6. Go to the Samsung Gallery Settings and check whether the Gallery Labs is enabled or not. If enabled, tap on Gallery Labs.

Step 2. How to Lock an Album

Note: Make sure that you’ve set it up a fingerprint or PIN for your Galaxy phone. 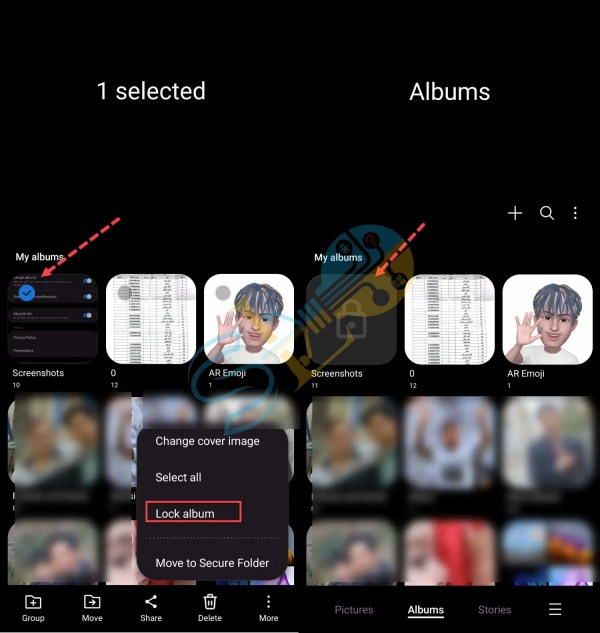 Step 3. How to Unlock an Album 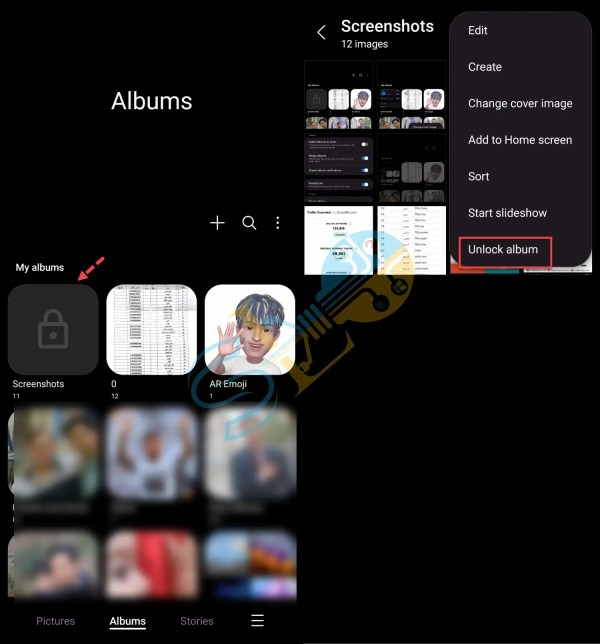 That’s all. These were the steps to make locked albums within the Samsung Gallery app on Galaxy devices running One UI 5.0 based on Android 13.

How to Make Collage in Gallery Without App on Samsung S10, S20 &, etc

How to Set Fingerprint Animation on Samsung via Animated Wallpapers

How to Use Split Screen on Samsung Galaxy S22, S21, & Others with 2-Fingers Swipe Up