How to Blur Background of Photo on Samsung Phone

Is there a problem with the depiction of a photo you took with your Samsung Galaxy? You wished for a blurred background so that you could focus on the foreground (person, face, item, food, etc.

By blurring the background, the bokeh effect enhances the item, such as a person. You’ll have numerous options for blurring a photo, including using the camera on your Android phone or using an app.

The name “bokeh” derives from the Japanese word “boke,” which means “haze” or “blur.” The bokeh effect will be a photographic technique that allows you to take a picture while blurring the backdrop. Often the foreground (object, face, ..) will be sharp and the background will be blurry.

How to Blur the Background of a Photo on Samsung Galaxy (Android 12) One UI 4.1

Owners of SLR cameras could only use this background blur on a shot until a few years ago. This capability is now available on the great majority of mobile phones thanks to the technical advancements of our Android handsets. It allows you to draw attention to an image’s main focus by creatively obscuring surrounding features. We’ll see now that there are numerous techniques for blurring the backdrop of a photograph on your Samsung Galaxy depending on the Android version of your phone.

Every day, we shoot tens of thousands of photos on our cellphones. However, it is occasionally necessary to retouch them in order to emphasize an item or a topic, delete private information, or eliminate unpleasant aspects. Blurring appears to be the greatest option in this situation. However, finding a means to produce artistic blurring is not always simple. As a result, in this tutorial, we’ll learn how to blur the background of a photo on your Samsung Galaxy together.

Note: This feature is available only on Galaxy phones running on One UI 4.1.

Step 2. Now, open the picture that you want to add a portrait effect or blur the background.

Step 5. When everything is all set then tap Apply if you want to replace it with the old one. 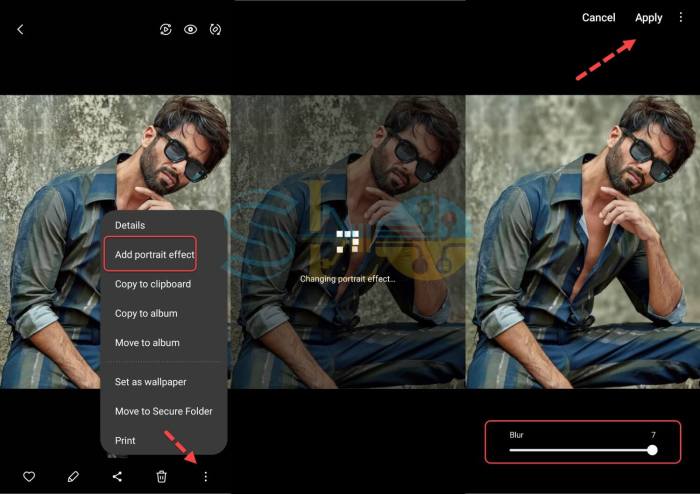 However, if you want to save it as a copy then tap the 3 dots menu and select Save as copy. 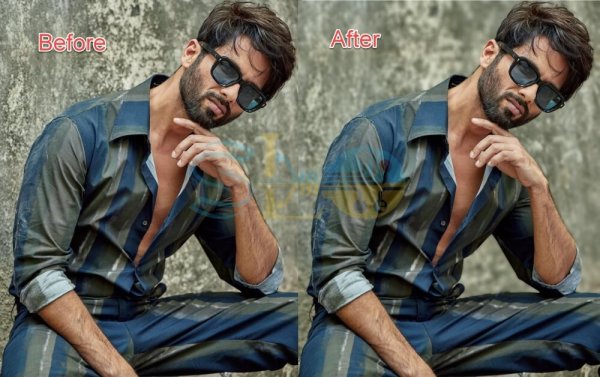 Blur Background of a Photo on Samsung

That’s it. These were the steps to blur the background of a photo on a Samsung Galaxy phone. Unfortunately, this feature is only available for One UI 4.1 users based on Android 12. The good point about this method is that you don’t need any third-party apps.