On the other hand, Android devices like Samsung and Huawei have a built-in Scroll Capture feature which allows you to capture scrolling screenshot on any web browser (Chrome, Edge, Firefox, etc) and on any app (Messenger, WhatsApp, Facebook, etc). Unfortunately, this feature is missing on iPhone and iPad devices that are on iOS 13 or later, as it’s limited to just the Safari browser.

How to Capture Scrolling Screenshot on iPhone & iPad (iOS or Later)

Without further ado, let’s dive in:

Step 1. Open the Safari browser and search for any website that you want to capture scrolling screenshot on your iPhone or iPad.

Step 2. Perform a normal screenshot as you do normally.

Step 3. Once the screenshot is taken, tap on the preview at the bottom left-hand corner of the screen before it disappears. 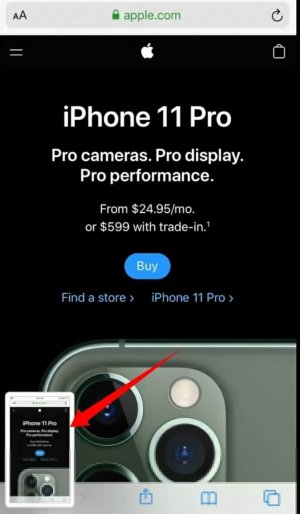 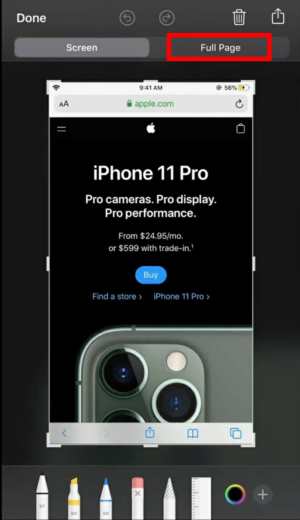 Step 5. Tap the sidebar slider to preview the scrolling screenshot. As you can see in the screenshot below. 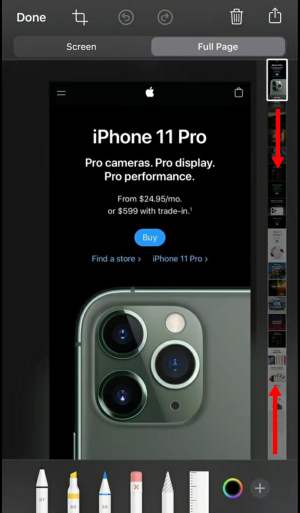 Step 6. Tap Done on the top left-hand side and select Save PDF to files. 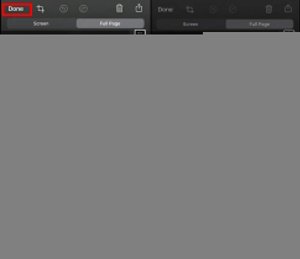 Step 7. Tap On My iPhone and select Save on the top right-hand of the screen. However, you can also save it to iCloud Drive or Google Drive. 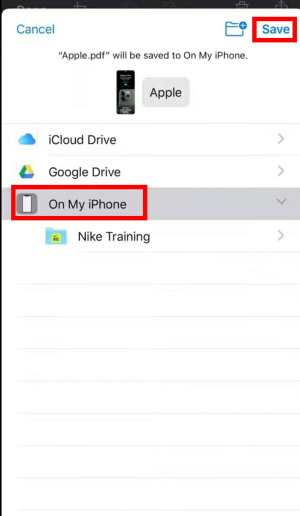 How to Find the Screenshots on iPhone or iPad

Step 1. Download and install the Files app from the App Store.

Step 3. Here, you will see your full-page screenshots. 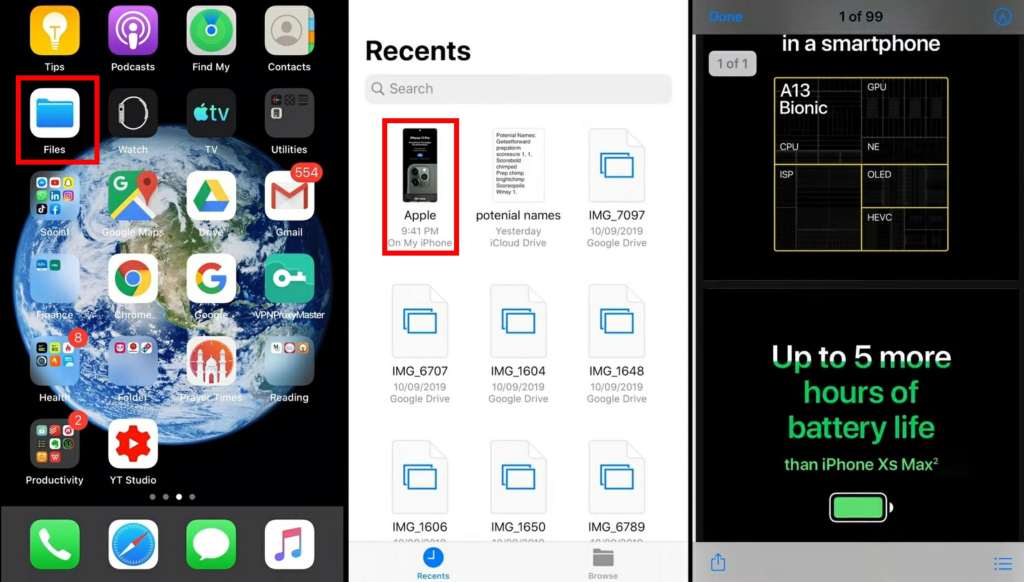 However, if you are on iOS 12 and later or simply want to take scrolling screenshots on the apps as well apart from Safari like Messenger, WhatsApp and Twitter then you can use third-party apps. Here, I will mention the two best apps for you.

Tailor is another versatile app for iOS. It’ll work with your device’s most popular software, including Facebook Messenger, WhatsApp, and Twitter.

It doesn’t scroll down a web page or app to you automatically. Instead, all your screenshots need to be taken manually and then added to Tailor. The App can stitch them all together automatically. The basic version of the app is free of charge. You can remove ads and watermarks for a $3 in-app purchase.

Picsew can also be used by iPhone or iPad users to scroll screenshots. With it, you can manually or automatically stitch images together and, if you want, create a landscape-oriented image. Plus, an unlimited number of screenshots can be selected and stitched into one image.

Meanwhile, you can use the editing tools of the app to blur or pixelate portions to customize the image and hide any sensitive information or faces of people. It also allows you to add borders, watermarks and you can capture a whole web page in one tap with the web snapshot extension.

This is how you can capture scrolling screenshot on iPhone and iPad running on iOS 14 or later for the Safari browser app. However, if you want to take full-page screenshots then you have to use third-party apps like Tailor or Picsew which is free to use.