Home Android How to Set Multiple Timers on Samsung Galaxy Phones (One UI 5.0)
AndroidHow To

How to Set Multiple Timers on Samsung Galaxy Phones (One UI 5.0)

Do you want to set two or three timers on your Galaxy phone? This post will walk you through on how to set multiple timers on Samsung Galaxy phones running One UI 5.0 based on Android 13.

Meanwhile, Samsung has released the final version of One UI 5.0 for high-end and mid-range Galaxy devices across the globe and it has got some useful features. There are many noticeable features like extracting text from photos, optional RAM Plus, and Color Palette, setting per contact call background, maintenance mode, app languages, and many more.

On the other hand, there is one more feature in the Samsung One UI, and it is called multiple timers. Moving forward, let’s learn more about this new functionality. With this new feature, time rose more quickly in relation to one object in the clock. You only need to set the oven’s one-timer. The second is for the sauce, of course. And one more to get the total up to dinner.

After that, just include all of them as timers in a single record list. Alternately, focus on one at a time while scrolling between them. Although this new feature will let you recall each task at a certain time without having to display them in a separate list, consumers will find this to be very useful.

How to Set Multiple Timers on Samsung Phones (One UI 5.0 or Android 13)

Here’s how to set two or three timers on a Galaxy phone without any third-party timers apps:

1. Open the Clock app on your Galaxy phone.

2. Go to the Timer tab. Set the time and tap Start. 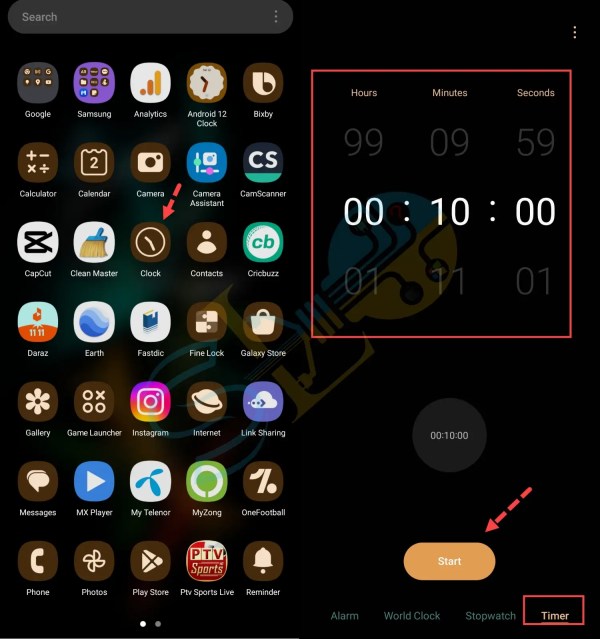 3. Now, when the timer is on, tap the + icon at the top right-hand corner. 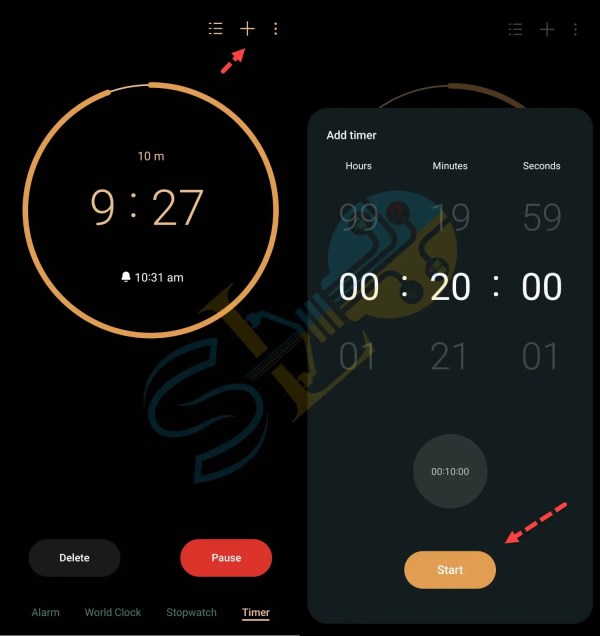 5. Swipe left and right to view the timers. 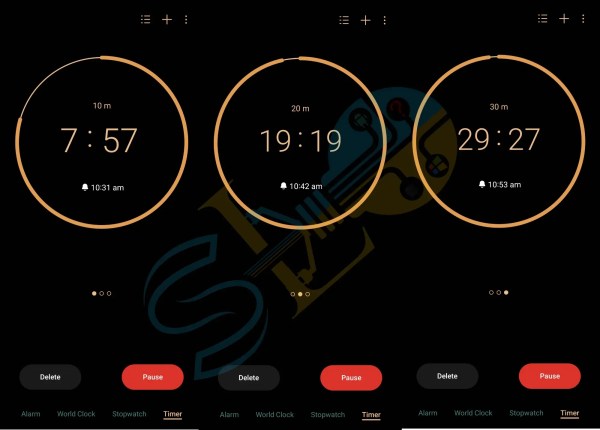 View all the timers

6. To rename the timer, tap the 3 dots more button and select Rename timer. Enter and name and tap Save. 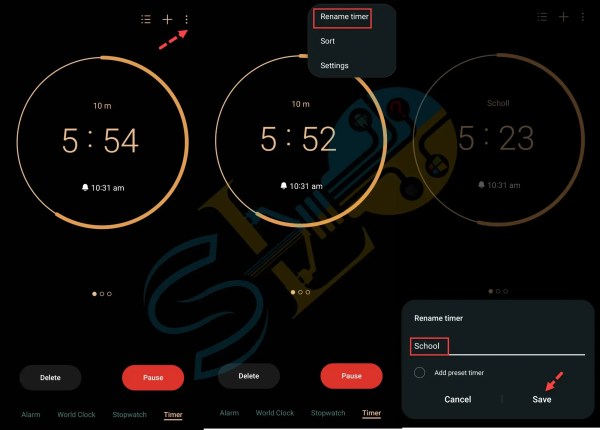 7. To delete or pause any particular timer, tap Delete or Pause.

That’s all. These were the steps to set multiple timers on a Samsung Galaxy phone without any app on Samsung One UI 5.0 based on Android 13.

How to Hide Apps on Samsung One UI 5.0 From Home & App Screens