A range of Android- and Windows-based tablet computers called the Samsung Galaxy Tab is made by Samsung Electronics. The 7-inch Samsung Galaxy Tab, the first product in the line, debuted to the public on September 2, 2010, at the IFA in Berlin, and went on sale on November 5, 2010. Since then, a number of models—including ones with 7.7, 8.9, and 10.1-inch displays—have been produced. All of the tablet’s Wi-Fi models come with a GPS system, while the 3G/4G/5G models include cellular functionality.

What is Smart Cover?

The thin and lightweight Smart Cover for iPad or Android tablets provides protection for the front of your device. Your iPad or tablet will automatically wake up when you open it and go to sleep when you close it. You can effortlessly fold the Smart Cover into various configurations to form a stand for reading, watching, typing, or making video calls. It connects magnetically.

There’s a feature called “Auto screen on and off” on Samsung tablets that lets you turn the screen on or off by opening and closing the cover. 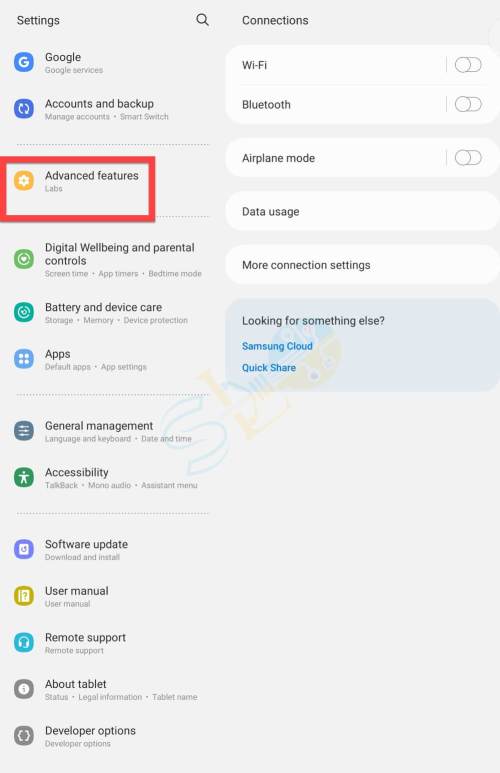 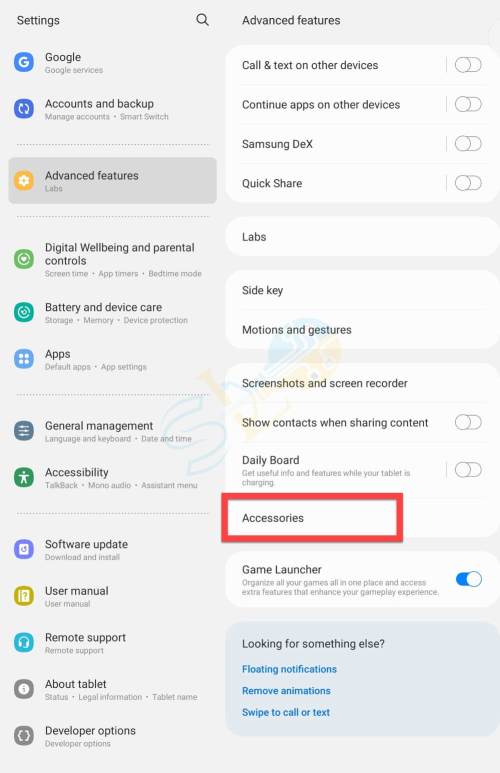 4. Finally, enable or disable the Auto screen on and off. 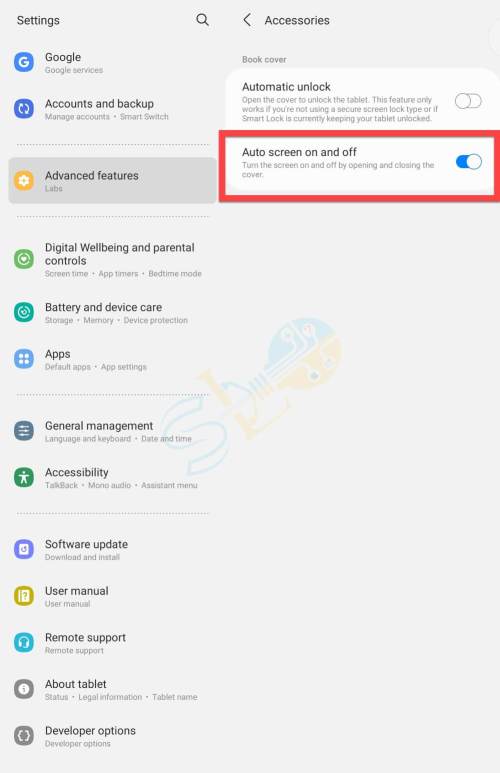 If you enable it, your Samsung tablet screen will be turned on or off by opening and closing the cover.

That’s it. This post was all about how to turn on/off the Samsung tablet screen using the flip cover.

How to Check SSD Health Percentage in Windows 11

How to Enable One-handed Mode on Samsung (Android 12)