How to Create a Locked Folder in Google Photos on Samsung

Do you have any sensitive videos or photos that you want to hide from prying eyes? Learn here how to create a Locked Folder in Google Photos on Android phones (Samsung).

Meanwhile, one of the greatest photo gallery applications for Android is Google Photos. It’s ideal for organizing, editing, and watching your images and movies. It can also back them up securely in the cloud. Additionally, it has a cool privacy function that hides your most private pictures behind a fingerprint or password.

You may save any pictures you want to keep secret in the Locked Folder, a unique location in Google Photos. These photos won’t display in your main picture library (or any other photo app on your phone), they won’t show up in Memories, and they won’t be transferred to the cloud so you can’t access them from a desktop browser or another device. Even taking pictures of the folder’s contents or sharing or editing the photographs inside is prohibited.

A key component of it is the fact that they are not synchronized to the cloud. Photos that you place in your Locked Folder are only stored on your phone. These photos are permanently lost if you factory reset your phone, upgrade to a new model, or if it just malfunctions.

The same technique you use to lock the screen of your phone—fingerprint, PIN, pattern lock, whatever—is used to lock the Locked Folder. In other words, whoever has access to your phone also has access to that folder. It cannot be locked with a different password.

So, here are the steps to create the Locked Folder in Google Photos and how to move video and photos to Locked Folder.

Step 1. How to Enable Locked Folder

You must enable the functionality from the Google Photos app before transferring your private folder with your private images and videos. This is the procedure.

1. Go to the Google Photos app.

2. Navigate to the Library tab and select Utilities.

3. Under the Set up Locked Folder, tap Get started. Because this is considered a sensitive topic, Android does not permit screenshots going forward. Instead, carefully follow the instructions.

5. You can either use a PIN or fingerprint and you’re done with the first steps.

Step 2. How to Move Videos and Photos to Locked Folder in Google Photos

You need to be aware of a few things before transferring material to your new safe folder. These picture objects’ cloud backups will be removed. The Photos grid, recollections, search, or albums won’t show these private images or movies. These photographs won’t even be accessible to other applications on your smartphone.

Open the Google Photos app and select videos or images that you want to move to the Locked Folder.

After that select Move to Locked Folder on the bottom right-hand corner. 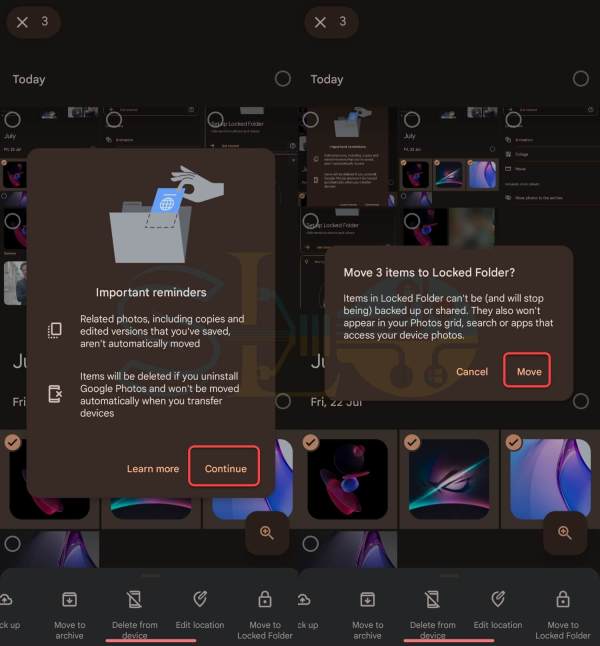 Move Videos and Photos to Locked Folder in Google Photos

Step 3. How to Find Locked Folder

To access Locked Folder go through the following steps:

In general, Google Photos’ Locked Folder option is great for concealing pictures that don’t need to be backed up to the cloud. Just keep in mind that if you restart your smartphone or remove Google Photos, those pictures will go forever.

How to Limit the Battery on a Dell Laptop