How to Hard Reset or Force Restart iPhone 14 When Frozen

Despite the fact that the iPhone 14 handsets have just recently gone on sale, the business is already getting complaints from customers about technical issues with the new flagships. The iOS 16 released on September 12 has a tonne of issues and bugs, including the recent camera, shaking/vibration issue, display flickering issue, display granting issue, black display screen, and white screen, green line appearing, activation issues with the iPhone 14 and iPhone 14 Pro, excessive copy and paste permission prompts, models, freezing after data transfer from another iPhone, rapid battery drain, and activation issues.

How to Hard Reset iPhone 14 When Frozen

Your iPhone or iPad may occasionally experience a software issue. The bugs may be brought on by a number of problems, including an iOS 16 upgrade that didn’t go as planned, malicious software, or an iOS/iPadOS flaw, When the iPhone or iPad is frozen and unresponsive, a hard restart might be quite beneficial in this circumstance. When your iPhone or iPad won’t switch off, forcing a restart is another effective fix.

Later in this piece, we will go into further depth on how to do a forced restart, but typically, it includes pushing particular buttons on the device. Depending on the device model, you may press different buttons.

You may avoid completely shutting down the iPhone, which necessitates additional procedures and prolongs the boot-up time, by using the force restart method.

1. Press and release the Volume Up button. 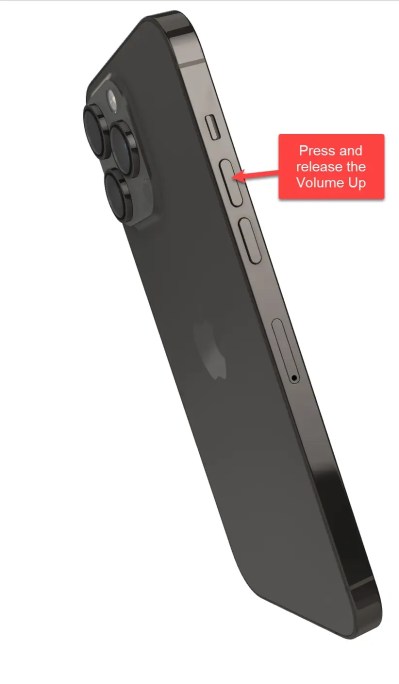 Press and release the Volume Up

2. Press and release the Volume Down button. 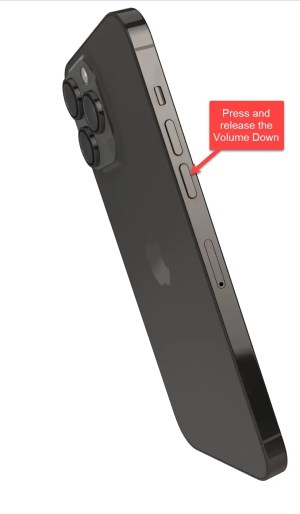 Press and release the Volume Down

3. Press and hold the side button until the Apple logo appears and then release it. 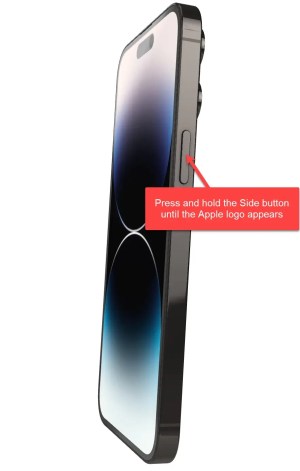 Note: A slider to turn off the iPhone will be shown during this procedure. You’ll want to disregard it and keep pressing the Side button until the screen turns dark. The Apple logo will appear at that moment, and once the restart is finished, the screen will turn back on.

The Meaning of An iPhone Force Restart

For a Force restart, Apple doesn’t provide an official justification. However, we are well aware that a hardware level force restart is necessary. This indicates that you may still use it even if your device is entirely frozen, in DFU mode, recovery mode, or restore mode.

When you press and hold a certain combination of buttons to force the device to restart, it just turns off and then turns back on. Nothing is reset or cached, and nothing is cleared. Generally speaking, a routine restart benefits the device more than a forced restart.

The most frequent iOS 16 problems on the smartphone can sometimes be fixed by performing a force restart. For instance, a force restart is frequently the first thing to do when your device won’t boot up or has a system fault that prevents it from working correctly.

That’s all. These were the steps to force restart the iPhone 14 models when frozen.

How to Install Dynamic Island on Samsung Phones