However, Mozilla Firefox is among the top 3 best web browsers in today’s era alongside Google Chrome and Microsoft Edge at least on Windows devices. Meanwhile, a Scrolling screenshot or full page screenshot is a useful and must-have feature on Windows, macOS, Android, and iOS devices. Nor Windows 10 has a built-in scrolling screenshot feature neither macOS computers. However, a full-page screenshot feature is available on most Android devices like Samsung and Huawei but on iOS devices, it’s just limited to iOS 13 and later and that for the Safari browser only.

How to Take Full-Page Screenshot on Firefox on Windows 10

So if Firefox is your preferred browser on Windows 10 computer and wants to capture the whole screen then here you will learn 2 different methods to capture a whole web page screenshot on Firefox without the help of software and extensions. So Without further ado, let’s dive in:

Luckily, Mozilla Firefox has a built-in scrolling screenshot feature and you can easily capture a full web page screenshot.

Step 1. Right-click next to the address bar and select Customize Toolbar.

Step 2. Now drag the Screenshot to the toolbar. Click Done.

Step 3. Open your desired web page on Mozilla Firefox and wait for the page to be fully loaded. Now, click the screenshot icon and select Save full page. 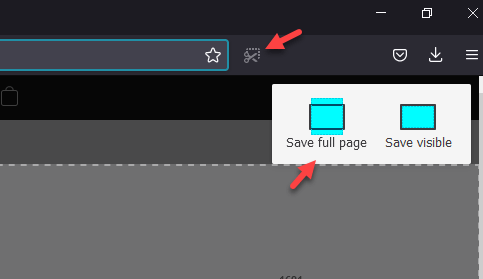 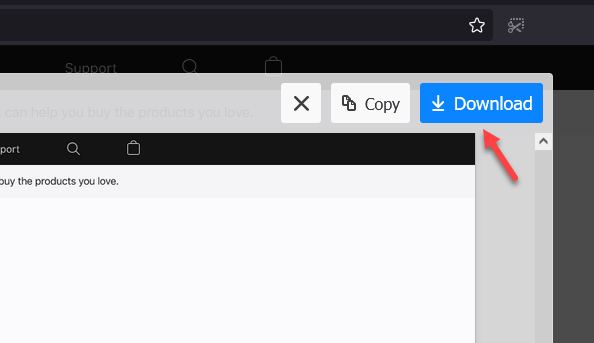 Step 5. This is how a full-page screenshot looks in the Mozilla Firefox browser. Use the Zoom icon to zoom in and zoom out.

This is how you can capture/take a full-page screenshot in Mozilla Firefox on Windows 10 computers. Here, you have learned two different methods to capture a whole page in Firefox without the need for any software and extensions. Both methods are actually easy, if you don’t like to use the Web Developer option then you may use the built-in Save full page option.

How to Group Albums in Samsung Gallery App (One UI 2.0)