Home Android How to Group Albums in Samsung Gallery App (One UI 2.0)
AndroidHow To

How to Group Albums in Samsung Gallery App (One UI 2.0)

However, Samsung Gallery is the default app for all Galaxy users for image & video viewing. The Gallery app on Samsung smartphones has improved significantly in the last few years and specifically, on Samsung Galaxy devices running Android 10 (One UI 2.0). Apart from viewing images and videos, now you can hide albums as well apart from the Camera and Screenshots album.

Meanwhile, with the arrival of Android Pie 9.0 (One UI) Samsung added the Trash/Recycle bin feature to the Gallery app which is also available on Android 10 (One UI 2.0) as well. If you accidentally delete a photo or a video on the Samsung Gallery app then the deleted files will be moved to the Trash or Recycle bin and you restore them back. The Trash feature will keep deleted images and videos for 30 days and after that, the files will be deleted forever.

You can arrange all your videos and images using the Gallery app. Everything you capture from a camera on your phone will automatically be stored in the gallery. However, f you want more control over how your images and videos look, the Gallery has a full suite of options for editing from filters and stickers to color tools and background music.

The Gallery app can connect to the Samsung Cloud to make it easy for all your devices to spread unforgettable moments. You can also create shared albums so that all your loved ones can follow your adventures, no matter where you are in the world.

How to Group Albums in Samsung Gallery App

So, you have got a bunch of albums on your Gallery app and want to arrange and group them to give a better look to your Gallery app. However, grouping doesn’t mean moving all the photos to one album but it means moving an album to another album under one album name. Here’s how to group albums in the Gallery app.

Step 1. Go to your Gallery app.

Step 2. For instance, if you have 4 different albums by the name of wallpapers and want to group them into one album and the original albums will be intact.

Step 3. Now, select the albums and tap Group at the bottom left-hand side of the screen. 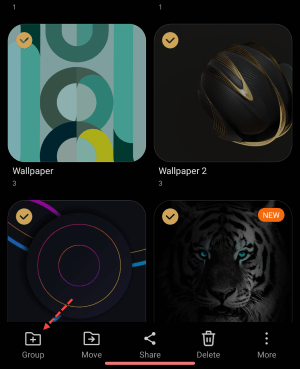 Step 4. Type a group name and then tap Create. 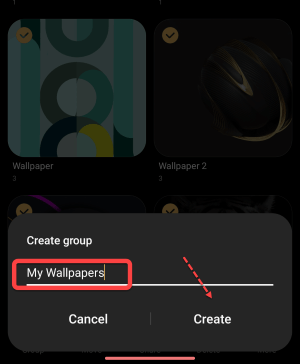 Step 5. As you can see in the screenshot below, I have grouped 4 albums into one album. 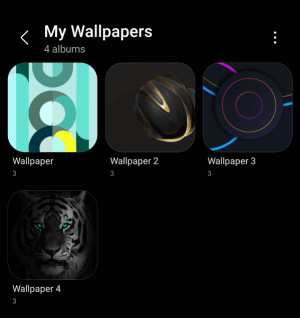 Step 6. To ungroup, tap and hold on to the created group album and select Ungroup at the bottom of the screen. 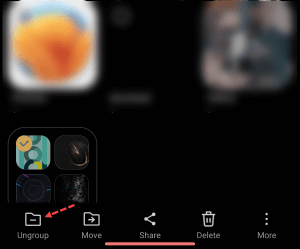 This is how you can group albums in the Samsung Gallery app to move two or three albums into one album. However, if you don’t like the idea of grouping the albums then you can always ungroup them back.

How to Remove Internet Explorer 11 on Windows 10 Permanently