The first question people ask you when they come to your home is, “What’s your Wi-Fi password?” While I’m happy to give my friends free access to the internet, it is a daunting task to tell each and every one of them the WiFi password. All you need to do is create or generate a WiFi QR code on your Samsung Galaxy phone and show them to scan the QR code to connect directly to WiFi without telling them the password. In this guide, you will learn how to generate WiFi QR code on Samsung devices.

However, you can’t keep your WiFi password safe and secure by using this feature. In fact, it only makes your job easy to share your WiFi password with your friends and family. Because anyone who scans the QR code on your device, at least on Galaxy devices will be able to see what the password is after the QR code is identified.

Note: You must first ensure that your phone or tablet is connected to the Wi-Fi network you want to share.

Step 1. Go to the Settings App.

Step 4. Tap the Settings or gear icon next to your connected WiFi network. 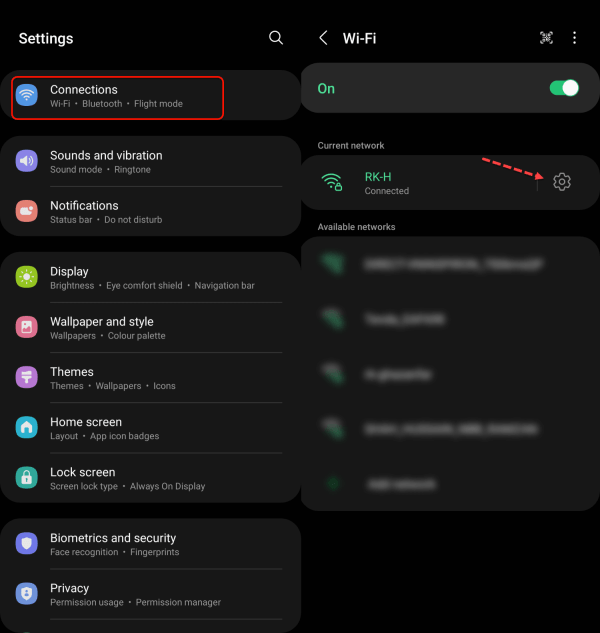 Step 5. Tap the QR code at the bottom of your screen.

Step 6. There you go, now you’ve successfully generated a QR code for your WiFi network. 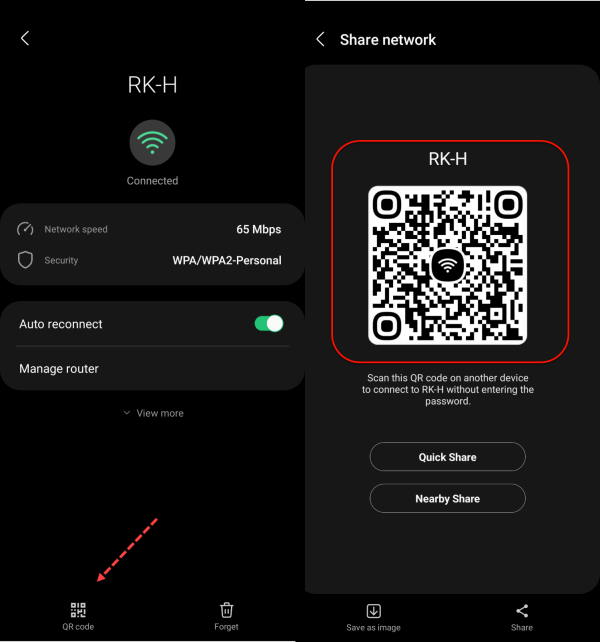 Step 7. Now, just ask the other person to scan the generated QR code in order to connect to the same Wi-Fi network.

Remember that you can also save the generated Wi-Fi QR code as well. In the meantime, you can share the Wi-Fi QR code via Nearby Share and Quick Share.

That’s it. It was simple and easy to create and generate WiFi QR codes on Samsung Galaxy devices and share your WiFi password with your friends and family. In fact, you don’t need to download and install third-party QR code generator apps. This feature was introduced on Samsung One UI.

How to Download & Customize Samsung Game Plugins on Galaxy Devices