Meanwhile, there several mobile apps have been developed to help people enjoy their mobile devices better, such as phone managers, messaging apps, mirroring apps, and more. As far as mirroring apps are concerned, they are often-used applications these days because most people want to watch movies on a larger screen like a computer or share files, or play with others on their phones.

Furthermore, It’s common to see people mirroring Android or iOS devices on their computers, or even mirroring Android on iOS (iPhone/iPad) devices, and vice versa. However, there may be an opportunity to share videos, images, or other files stored on your Android smartphone with another Android device.

What is Screen Mirroring?

In simple words, screen mirroring is a function that takes the full content displayed on your smartphone, computer or tablet and sent it to an external screen via a wireless connection. However, the external screen will present an exact real-time replica of what you on your smartphone, computer, or Tablet. People often use screen mirroring to share games, watch movies and videos, or just send huge text messages.

Screen Mirror Android to iPhone or iPad via ApowerMirror

APowerMirror is one of the best Screen Mirroring apps for both Android and iOS devices that not only allows you to mirror the content of your phone on a secondary display, but also provides remote access to control your files and data from anywhere. This intuitive software provides you with two unique ways to connect the devices, either by using a USB stick or by using a Wi-Fi network as a secondary pairing option. You can easily mirror the content of your phone to your Windows PC, Mac, smart TV, or another phone.

Step 1. Install the ApowerMirror app on both Android and iPhone/iPad.

Step 2. Open ApowerMirror on both Android and iPhone/iPad devices.

Step 3. Make sure both devices are connected to the same Wi-Fi network.

Step 7. Now you have successfully mirrored your Android to iPhone. 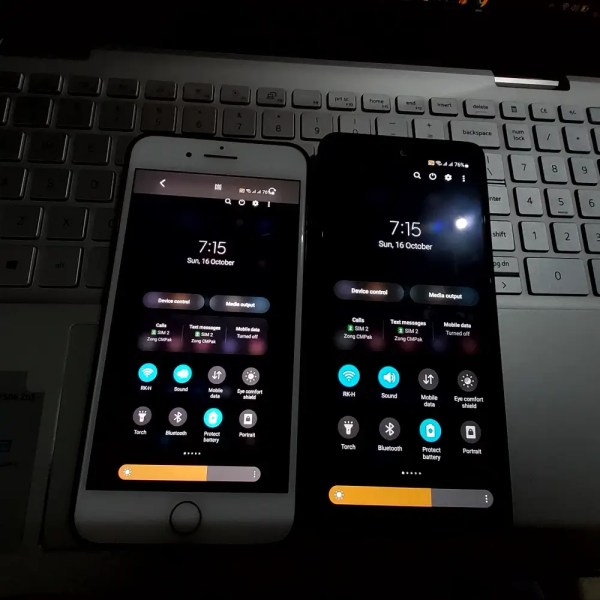 This guide was all about how to screen mirror an Android phone to an iPhone or iPad. As I said earlier, there’s no built-in feature or app on both Android and iOS to screen mirror each other. Thankfully, there is some screen mirroring apps that enable you to mirror your screen from Android to iPhone and vice versa.

How to Get Rid of Snapchat Bitmoji on Android

How to Connect Samsung Tablet to TV Wirelessly